Last year, the Latvian unemployment rate constituted 6.3 %, which is 1.1 percentage points lower than in 2018. Unemployment among females was lower than among males – 5.4 % and 7.2 %, respectively.

As for quarterly data, compared to the 3rd quarter, in the 4th quarter of 2019 the unemployment rate did not change and constituted 6.0 %. 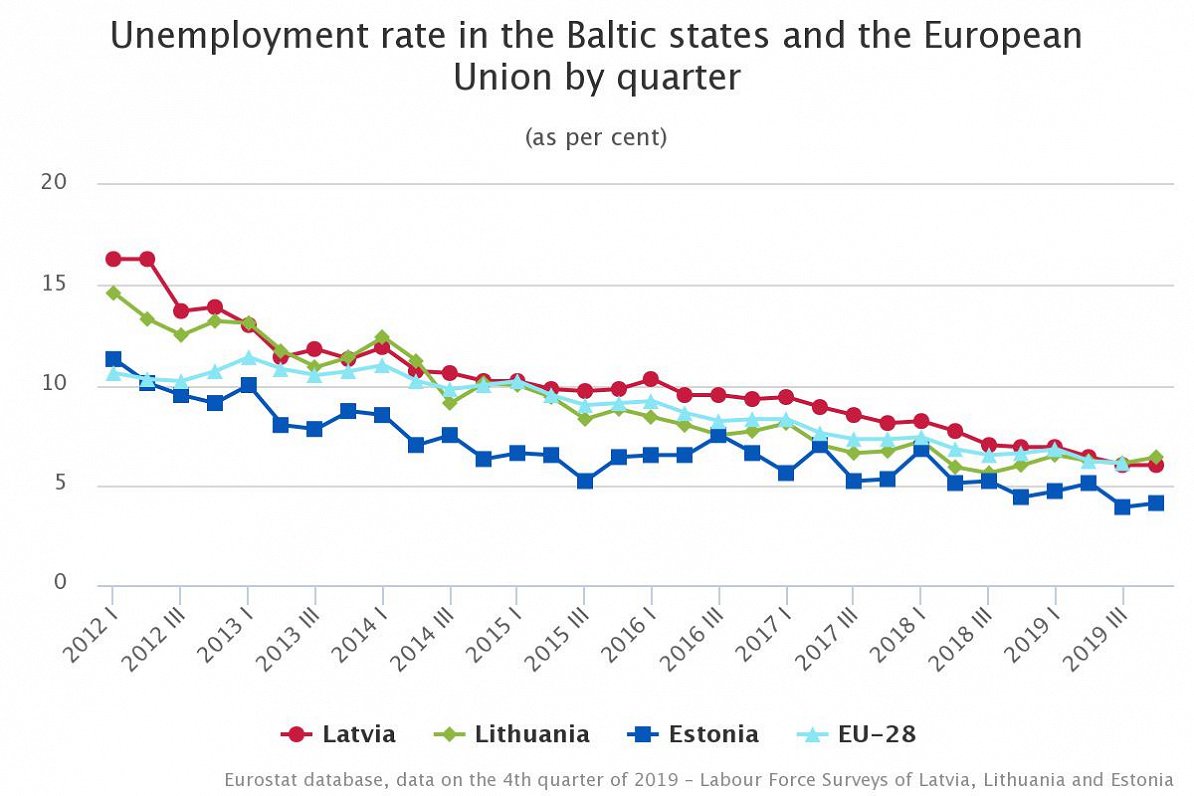 Over the year, the number of long-term unemployed persons (those who can not find work for 12 months or more) reduced by 7,000, and constituted 23,300 persons.

Commenting on the figures, Citadele bank economist Mārtiņš Āboliņš said: "Taking into account the current economic uncertainty, unemployment in Latvia could remain at the level of last year or decrease only slightly this year. However, in the medium term, unemployment in Latvia will definitely continue to decline, as people born in the 1990s are entering the Latvian labor market and their number is significantly lower than the number of people reaching retirement age. Already last year, the decline in unemployment in Latvia was more related to the decline in the working-age population than the increase in jobs."