More tourists from Lithuania, Estonia and Finland in July

september 15, 14:04
Economy
Authors: eng.lsm.lv (Latvian Public Broadcasting)
According to data of the Central Statistical Bureau published September 15, in July 2020 the number of foreign and resident visitors comprised 298.9 thousand, which is 25.3 % less than in July 2019.

As compared to July of the previous year, the number of nights spent by visitors has reduced by 30.5 % and comprised 545 thousand nights.

As of 10 June, the emergency situation ended and large part of tourist accommodation establishments resumed their activity, also in July the number of visitors continued to increase rapidly – compared to June, it rose more than twice. 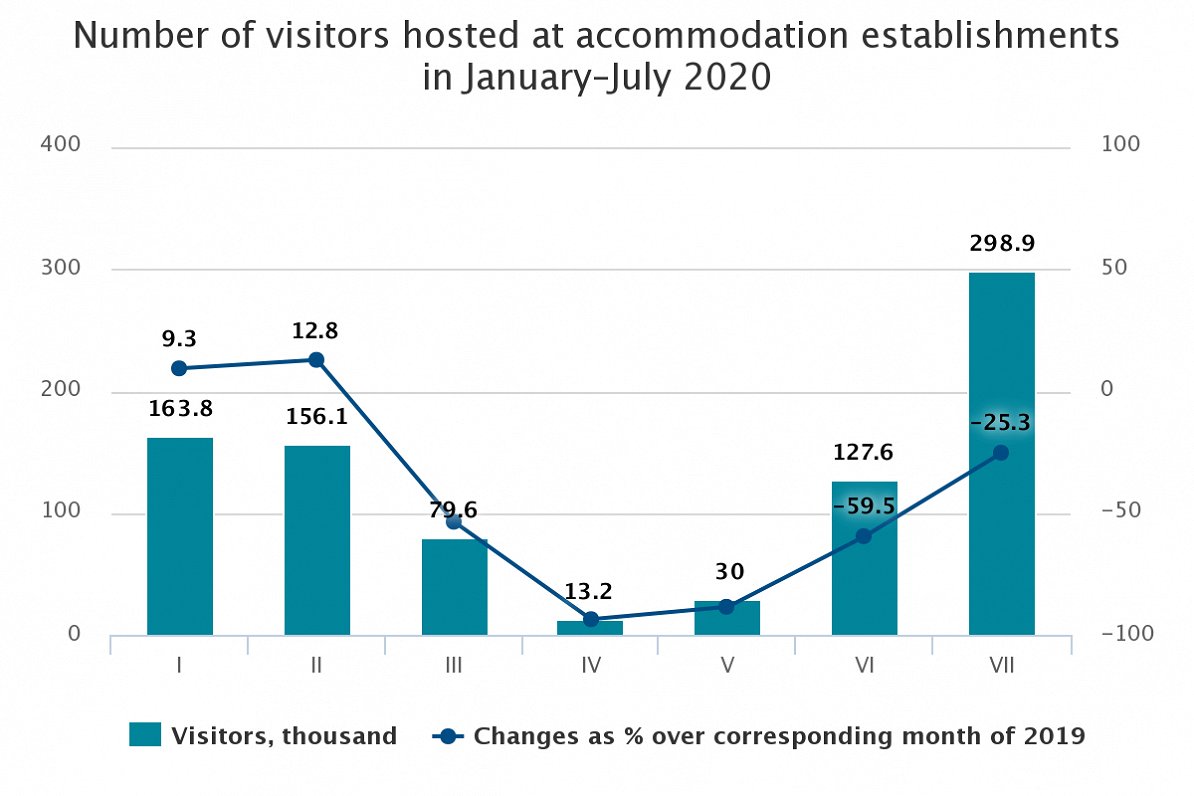 In July 2020, compared to July of the previous year, the number of resident visitors in tourist accommodation establishments increased by 1.9 %, reaching 133.1 thousand. The number of nights spent by residents comprised 236 thousand, which is a drop of 4.9 %.