Paucity of state funds for church renovation in Latvia

july 1, 2019, 13:51
Economy
Authors: eng.lsm.lv (Latvian Public Broadcasting)
The year 2018 saw four million euros from the state budget being invested into the renovation of Latvia's churches. The majority of investments were one-off grants, but millions of euros comprised the new Sacred Heritage Funding Program. The funds were used to fix the roofs of many crumbling churches and to develop restoration projects for many other churches. This year, however, the Sacred Heritage Program has run out of funds, reported LSM's Latvian service on June 29.

The law on sacred heritage funding was drafted two years ago with the aim of supporting the saving of churches, which depended previously on “deputy member quotas”. In it firs t year, one million euros was allocated for the project.

Jānis Balevičs, the spokesman of the Riga Metropolitan Roman Catholic Church, said that the choice of candidates for the support was dependant on the urgency of repair work.

"The main criterion, of course, is rescue projects,” said Balevičs. “These are big projects, since, as we have seen, the number of people attending churches is decreasing, but the roof area remains the same. Here we could adduce the Church of Līksna, and St. Jospeh's Church in Liepāja, where the roof was repaired, or a substantial part of the church.”

Ten Catholic churches received an overall of 300 thousand euros last year. Almost half a million was given to the Evangelical Lutheran Church of Latvia, which owns more than half of all Latvian churches with official monument status. The major works were the renovation of the roof on the Church of Pļaviņi and a third of the roof on the Lutheran Church in Liepāja. The General Secretary Romāns Ganiņš admits that the list of needs is still very long.

"We have a list of close to one hundred churches and different needs. And these are just the major repair demands – roofs, towers, facades,” said Ganiņš."There are a lot of interiors and works of art that need to be saved from ruin, which we haven't yet included in the list.”

218 000 euros were also used to support six Orthodox churches – including those in Ventspils, Liepāja, and Skujene. The Anglican church received 10 000 euros for research and renovation projects. Its only church in Rīga is closed to visitors this summer due to Soviet-era plaster falling from its ceiling, said Bishop Jāna Jēruma-Grīnberga. "Thank God, this year we received the funding from the rescue program [National Cultural Heritage Board's Program for Preserving and Restoring Cultural Monumets] to restore one part [of the church], and we are very grateful for it," explained Jēruma-Grīnberga. "And we'll draw a net over the part that we're be unable to repair. We hope that we'll be able to restore a part of it by autumn and the rest will at least be safe.”

The restoration of the whole of the church would require half a million euros. Many churches tell a similar story – the needs of the historical buildings greatly exceed the available support. And the new Sacred Heritage support program is also unable to provide adequate funding. Last year, it was a million, this year – none, and next year promises 500 000 euros. This is unacceptable, asserts Juris Dambis, the chairman of the National Heritage Board.

"We can't be content with where we are,” said Dambis."This year's funding is an absolute zero and it shows the politician's attitude. Of course, there are funding difficulties […] But in my opinion there should be at least a million euros allocated to the sacred heritage, and that's the absolute minimum. 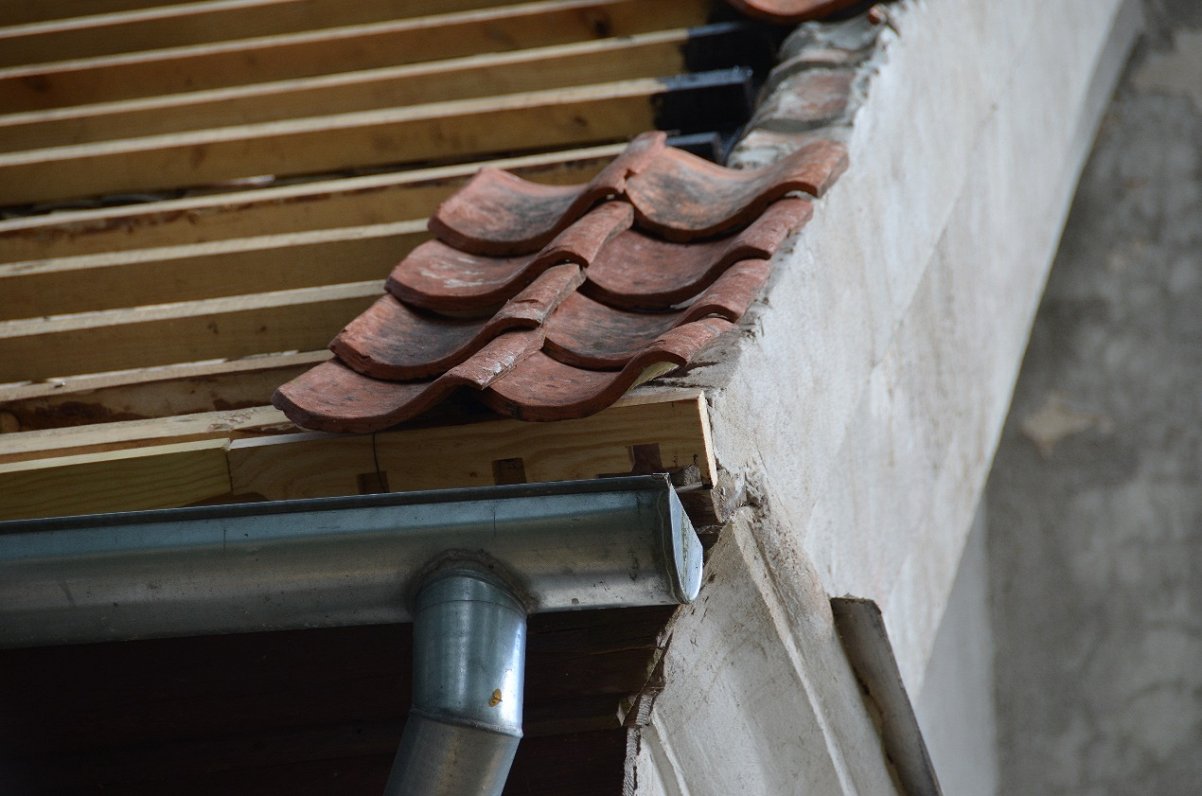 Last year's upsurge in church restoration also revealed many other problems – the lack of experienced craftsmen, the churches' ineptness in preparing documentation, the designers' lack of experience, and the builders' reckless attitude towards cultural monuments. The monument guards emphasize that all this can be remedied if the financial aid increases. There state has, however, only 207 000 euros meant for church renovation in its wallet this year.