june 19, 14:08
Employment
Results of the Labor Force Survey conducted by the Central Statistical Bureau (CSB) show that in May 2020 actual unemployment rate in Latvia constituted 9.6 %, which is 0.4 percentage points more than in April. 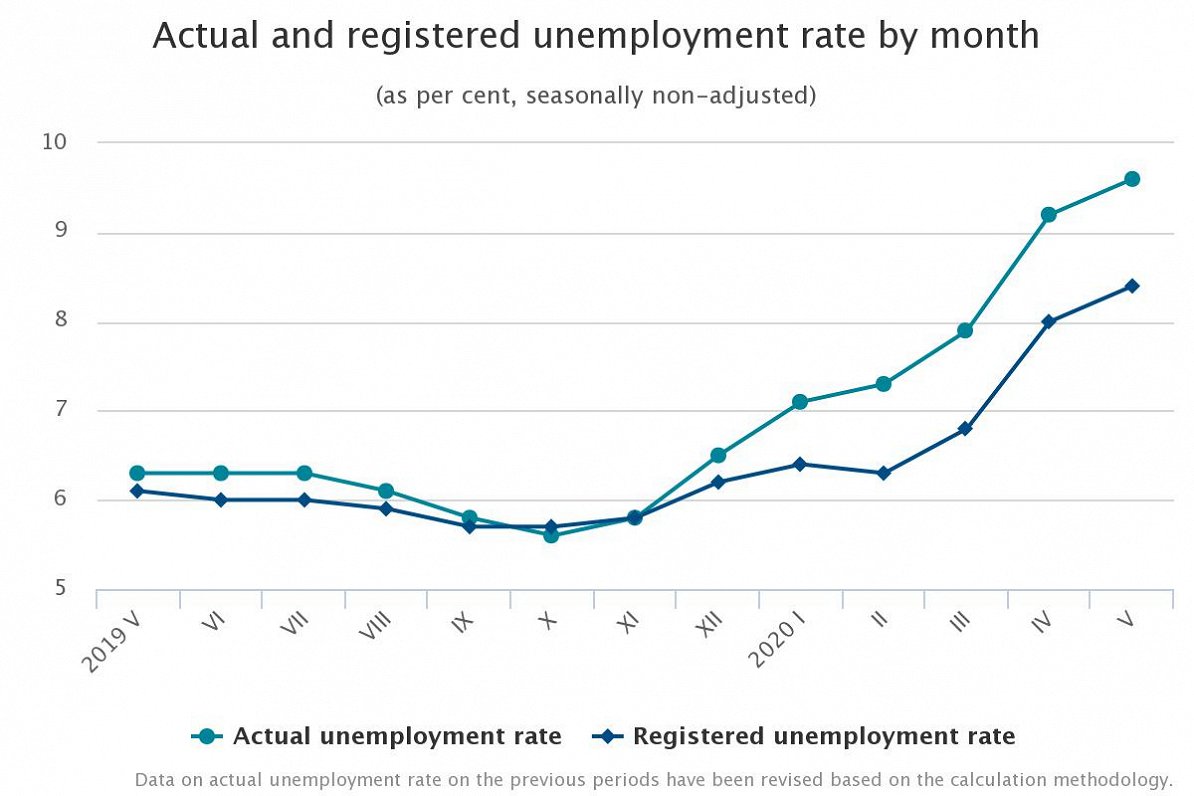 Registered and actual unemployment rate is calculated based on the SEA data and results of the Labour Force Survey conducted by the CSB. SEA data cover only population of working age.

Aiming to limit the spread of COVID-19, as of March 13 CSB is not conducting face-to-face interviews at respondent residences. All interviews are taken online or by phone.

CSB reminds that during the time of change information on population employment is important to assess impact of the current situation on the national economic and social processes and therefore is asking population to be active and participate in surveys by phone or online. CSB would like to say thank you to everyone who took part in surveys and helped to assess the effect of the current situation on national processes.