Down on the farm, Latvia leads Europe in women managers

january 16, 2019, 10:51
Employment
Authors: eng.lsm.lv (Latvian Public Broadcasting)
While the stereotypical image of the farmer may be a ruddy-faced son of toil and soil, in Latvia "he" is very nearly as likely to be a "she", according to data published by Eurostat January 14.

Latvia and southern neighbor Lithuania lead the European Union in the proportion of farm managers who are women. Both have 45% female farm managers, topping the table. 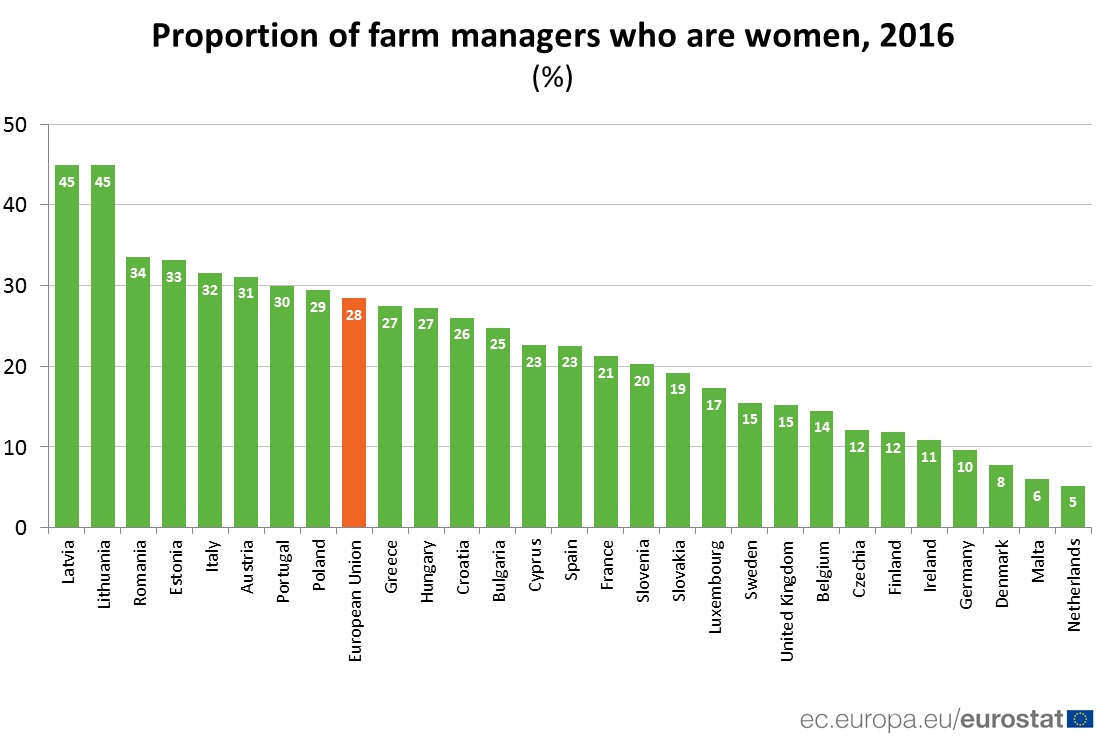 Romania (34%) and Estonia (33%) are in third and fourth places, giving the Baltic states three of the top four rankings, based on data from 2016.

Perhaps surprisingly, at the other end of the scale is a country with a progressive reputation on gender issues, namely, the Netherlands, where just 5% of farm managers are women.  Denmark and Malta also have single-digit percentages.

The European Union average figure is 28%.

You can read more recent data on the EU's agricultural sector in this substantial report.