airBaltic shows off its new Airbus A220 flight simulator

december 5, 2019, 11:42
Transport
Authors: eng.lsm.lv (Latvian Public Broadcasting)
On December 3, 2019 Latvian airline airBaltic played host to Minister of Transport Tālis Linkaits  and media to show off its Airbus A220 flight simulator at the airBaltic Training facilities next to Riga International Airport. It is the first new full flight simulator ever purchased by a Latvian company and the newest such simulator in the world, the company said.

Linkaits said: “I am happy to see our national airline keeping up with the times by investing wisely in the areas that ensure development and growth of the company. The new Airbus A220 simulator is not only state-of-the-art training technology for our pilots, it is also the airline’s contribution to cleaner environment as well as passenger safety, mobility and convenience.”

Martin Gauss, CEO of airBaltic said in future the company would have "up to 80 Airbus A220-300 aircraft and it means that in the upcoming years we will train hundreds of our existing and future pilots." 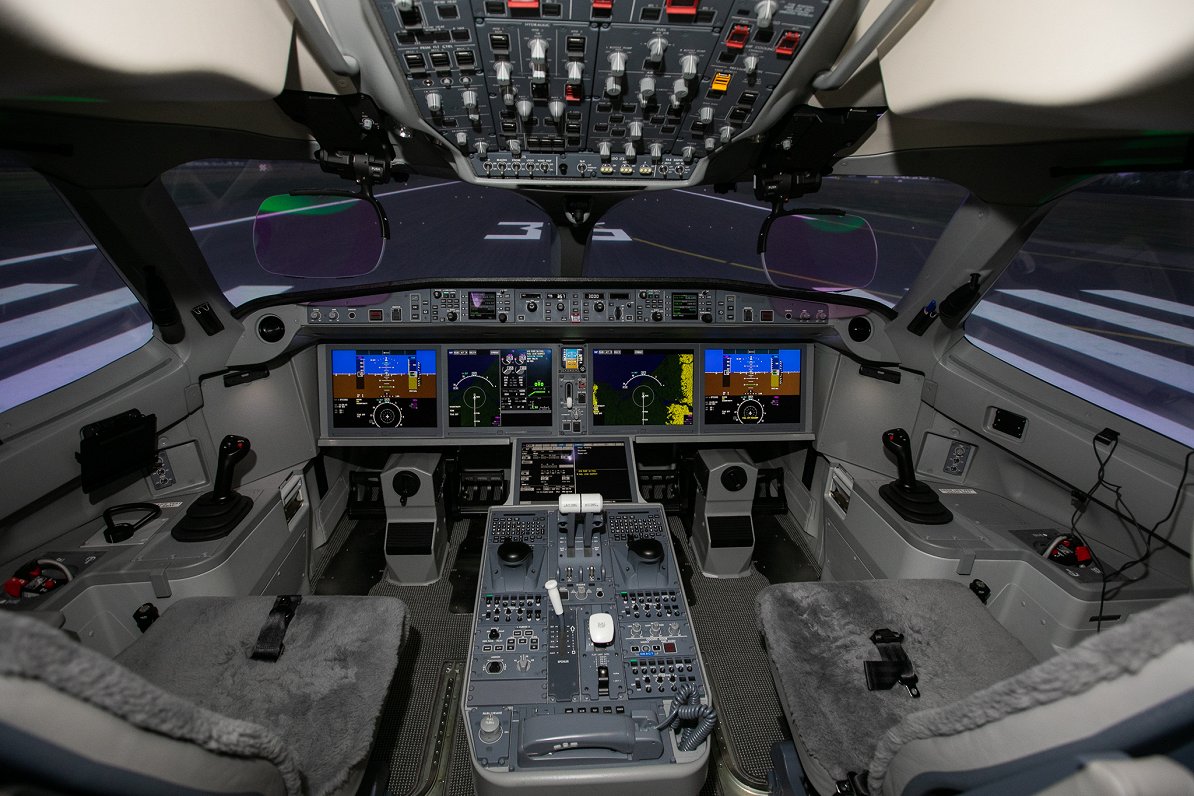 The simulator itself has been qualified in accordance with latest EASA (European Aviation Safety Agency) issue 2 requirements, including best precision navigation PBN (performance-based navigation) and UPRT (upset prevention and recovery training) capabilities. It is equipped with a 60” Stroke Electric Motion System as well as the most modern visual system, consisting of four-megapixel LED Projector systems and dual head-up displays which airBaltic says will provide "unprecedented realism."

The cost of the simulator was not mentioned in the information released to the press, but airBaltic told LSM:

"The total investment for the purchase of the A220 full flight simulator was 13 million euros."

airBalticTraining, a subsidiary of airBaltic, is a training facility offering a wide range of aviation training services at its modern and purpose-built training center next to Rīga airport. It was established in 2010 and since then each year provides training to approximately 3,000 people from across the world – more than 1,500 pilots, almost 1,000 cabin crew members and several hundred ground handlers, cargo agents, security personnel and others.