Busy Rīga bridge to be closed amid safety concerns

april 23, 2019, 9:21
Transport
Authors: eng.lsm.lv (Latvian Public Broadcasting)
Interior Minister Sandis Ģirģens has taken an executive decision to shut a busy Rīga road bridge after public concerns about its safety were backed up by an expert assessment.

Surveyors from the Construction State Control Bureau (BVKB) had reported on the dangerous situation with regard to the bridge on Deglava street in central Rīga, and consequently police will be told to close the bridge to traffic from April 25, Girgens told LTV and Latvian Radio in interviews on April 23.

"I want to tell the public that use of the bridge is dangerous, so I am instructing the State Police to close the bridge from Thursday. From Thursday morning it will be completely closed," Ģirģens told Latvian Radio. The decision also marks another disagreement between government and Rīga city council, whose officials had refused to close the bridge despite seeing the BVKB's findings, though they admitted the bridge was in poor condition.

Riga City Construction Board had instead commissioned the Transport Department of Riga City Council to carry out its own expert inspection by May 10.

“Until this expertise is carried out and there is no convincing confirmation of the safety of the bridge structure, the operation of the bridge should be discontinued in order to prevent possible accidents,” Māris Demme, Director of the BVKB Control Department had advised, but Rīga city council had made no moves to shut the bridge down.

The bridge was already under renovation, but the contractor carrying out the work - plus members of the public on social media - reported that the situation looked a lot more serious than accounted for in the existing renovation plans.

"In my opinion, Rīga council's transport department is playing with people's lives," Girgens said, adding "As Interior Minister I have a responsibility for people's safety and health, and so I have  taken a decision at my level to protect them from a potential tragedy."

Closure of the bridge, which is on one of the main routes into and out of the Latvian capital, is likely to cause severe congestion on other roads. At a briefing on site April 23, Rīga transport department's acting directr Emils Jakrins described Ģirģens' move as a "political decision". 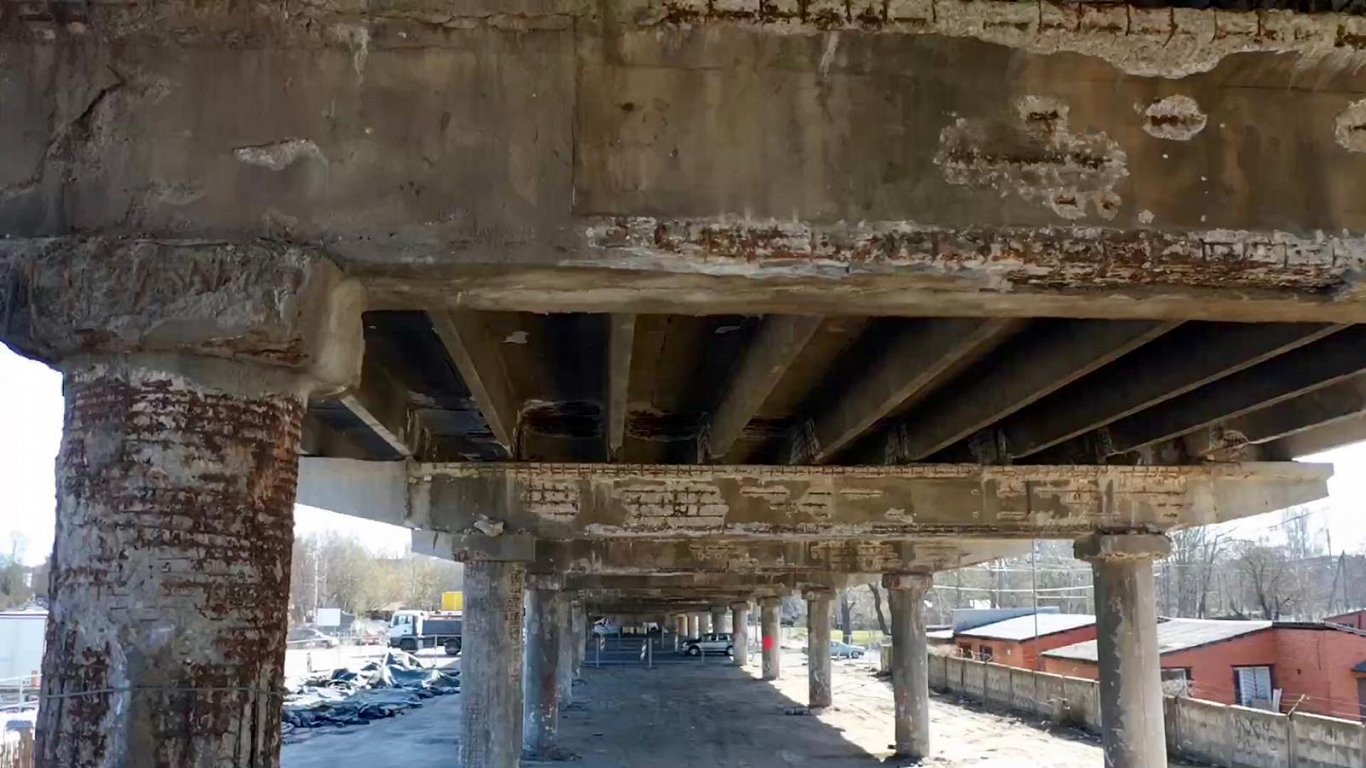 Meanwhile, Rīga city council did announce that from April 24 to August 20, another road bridge, Brasla Bridge, will be closed to traffic except public transport in the direction of the city center. From the city center the movement of vehicles will still be allowed.