Cars with dangerous winter tires will be taken off the road

The CSDD said that the decision was based on vehicle test results in the Daugavpils region when, in the first days of December, inspections jointly organized by the CSDD and the State Police revealed that a worrying number of drivers still drive vehicles fitted with slick summer tires or over-worn winter tires in the current slippery and snowy weather conditions.

Out of 500 cars tested in the Daugavpils region, 28 were found to be dangerous.

Such vehicles endanger both the driver and other road users, the CSDD said, warning that similar inspection blitzes will be carried out by the CSDD and State Police in other regions of Latvia, paying special attention to the condition of vehicle tires.

Winter-spec tires are compulsory from December 1  until March 1 for the winter season and require at least 4 millimeters of tread. The CSDD also advises drivers not to continue to use tires after 5-6 years and to ensure they are runnign with the correct air pressure. It is also necessary to modify one's driving style in winter conditions, particularly with regard to braking distances.

More information (in Latvian) about the legal requirements is available at the CSDD's information on winter tires section of its website. 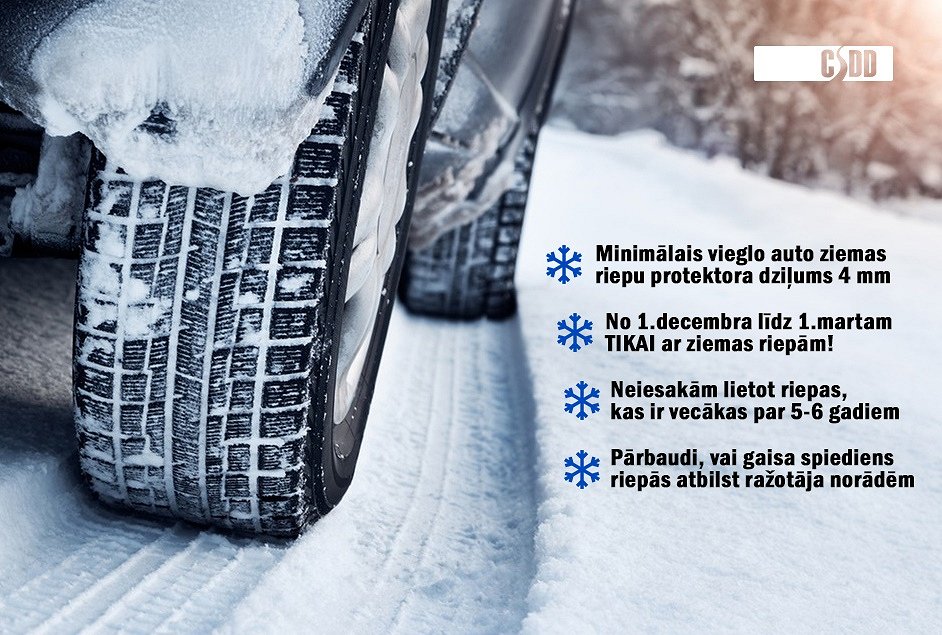