Check compulsory insurance: one drive without it racks up fines

Driving without compulsory civil liability insurance (OCTA) could rack up several penalties even in a single drive if the infringement is caught by speed cameras or police. Driver Eva Dzelme, who had forgotten to renew the OCTA, has been fined EUR 1130 in this way, Latvian Television reported on August 6.

Eva Dzelme participated in road traffic for nearly a month without the OCTA insurance. Now she owes the State Treasury over a thousand euros in penalties. Eva was stopped by police at the end of the month and fined EUR 80, and informed she was driving without OCTA. She bought the insurance immediately, while the officers were writing the protocol. Weeks later, Eva's email began to fill with other administrative penalties for the same violation. 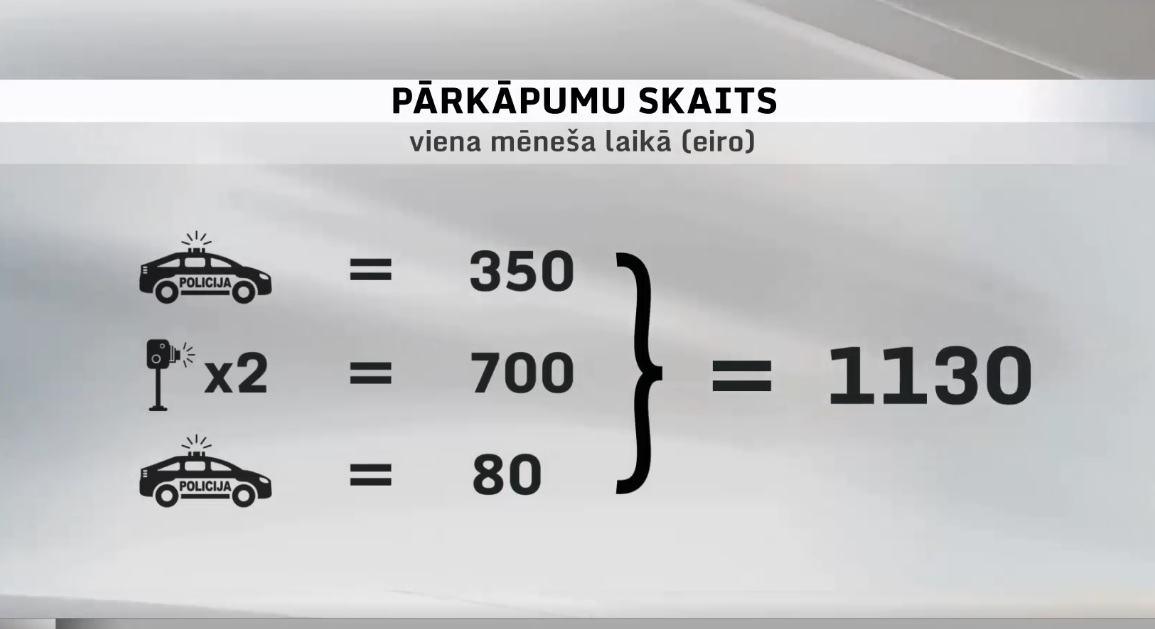 The police had fined her €350 without stopping her, and two speed cameras had also fined her €350 each. The total amount to be paid is now €1130. Eva said that if police officers had informed her, the OCTA would have been purchased immediately.

“I'd be angry, but I'd be informed. I find it hard to imagine a driver who deliberately drives without OCTA. I can't imagine a person like that,” says Eva Dzelme.

Speed cameras send the penalty to the owner of the car, but the police – the driver, no matter if it is the same person. The police also explain that driving without OCTA can be subject to penalties several times in one day.

"A little drive to the shop and back counts as two trips. As a result, there are two offenses," said Artūrs Smilga, Chief of the Transport Monitoring and Coordination Office of the Main Order Police.

The only exceptions are when the same infringement is recorded within a matter of seconds. Rights expert Modris Žeivots thinks it is not right, and that the police enforce the law 'to the letter', not by substance.

“The first case had to be penalized and the person had to be notified. And only if she continues to commit the infringement then, of course, another proceedings follow,” said Modris Žeivots. “Might even suggest to use the opportunity to turn to the Constitutional Court.”

The main problem, according to the rights expert, is that the driver is not informed and given the opportunity to rectify the issue. The police, however, argue that the end date of the OCTA can be checked and the CSDD application can send reminders.

The Ombudsman's Office has received submissions from several persons regarding similar cases. The Ombudsman said that a discussion on the proportionality of the fine amount would be useful.

The State Police also think the penalty is disproportionate.

“We also believe that the total fine, which is applied just because [the driver] doesn't know sometimes, is disproportionately large. I fully agree and understand their situation. It must be understood that the police also operate within the framework of the law. We have to take control, we do as the law has stated,” said Artūrs Smilga.

The State Police and the Road Traffic Safety Directorate are currently working on proposals to be submitted to the Ministry of Transport in order to change the law and address the huge penalties.