The Civil Aviation Agency (CAA), on the basis of a request from the State Border Guard, has imposed significant airspace restrictions over the Latvian border with Russia and Belarus, the CAA said August 19.

According to the CAA decision, until 10 November midnight, the ceiling of the restricted flight area -- the entire land border with Russia and Belarus -- has been increased to 9500 feet, or approximately 2896 metres, thereby transferring all the uncontrolled airspace of the border to the Office of the State Border Guard. 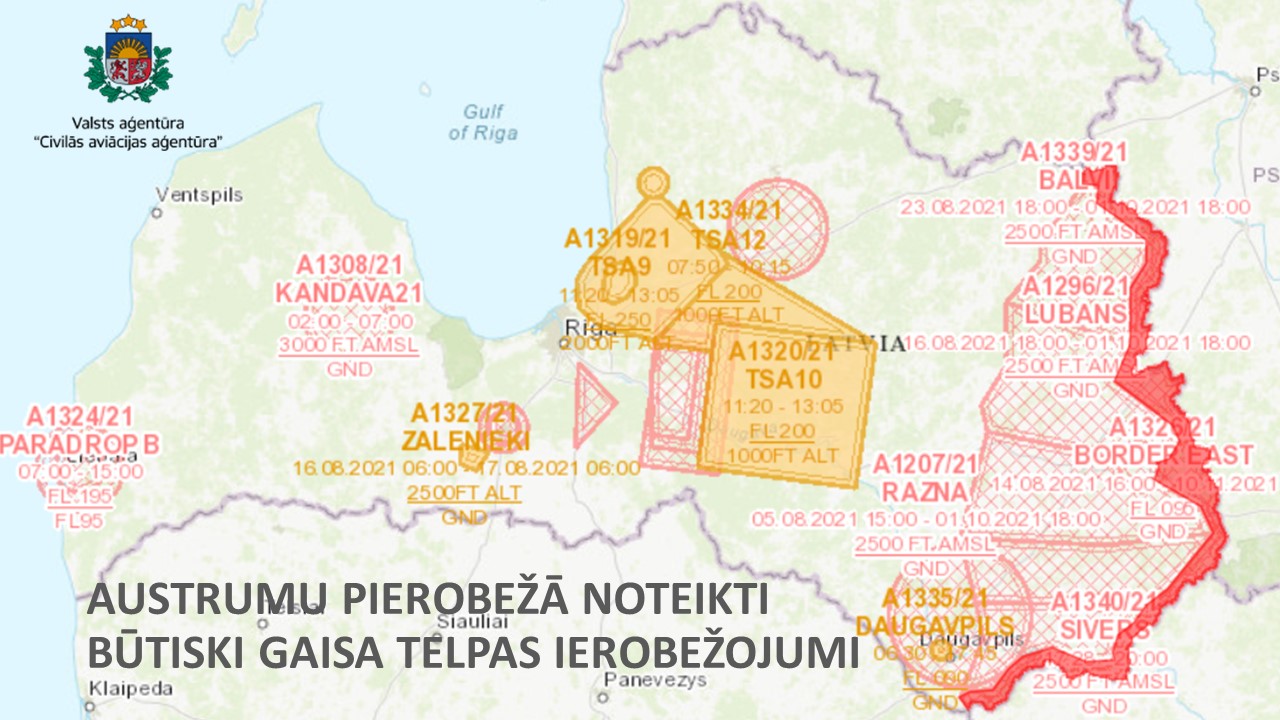 At the same time, the CAA said that, at the request of the National Armed Forces (NBS), other short-term limited flight zones have also been established in the East of Latvia.

The restriction provides for a ban on the use of restricted airspace areas for aircraft, and flights are also prohibited for unmanned aircraft (drones). The CAA recalled that remote-controlled pilots must make sure that there are no restrictions on the use of airspace at the site. For failure to comply with the rules, remote pilots may be held liable under the law.

The airspace restrictions can be seen on the homepage of Latvian airspace.