The project implementer of the Rail Baltica project in Latvia – the company “Eiropas Dzelzceļa Līnijas” (EDZL) – has announced procurement for main railway construction work in Latvia, the company said in a release November 15.

The winner of the contest will have to provide the construction of the Rail Baltica railway line and related infrastructure (bridges, transmissions, overpasses) in the territory of Latvia outside the borders of the city of Rīga in the length of more than 200 kilometers.

The design of the electrification and signalling systems of the railway will not be purchased in the framework of the procurement. In order to implement a common approach to the development of these systems, such procurement will be carried out by the Rail Baltica joint venture of the Baltic States.

Candidates must apply for the tender by January 28, 2022. The second round is scheduled to be announced in April 2022 with a view to launching the works in the first half of 2023. More details of the tender conditions can be found here. 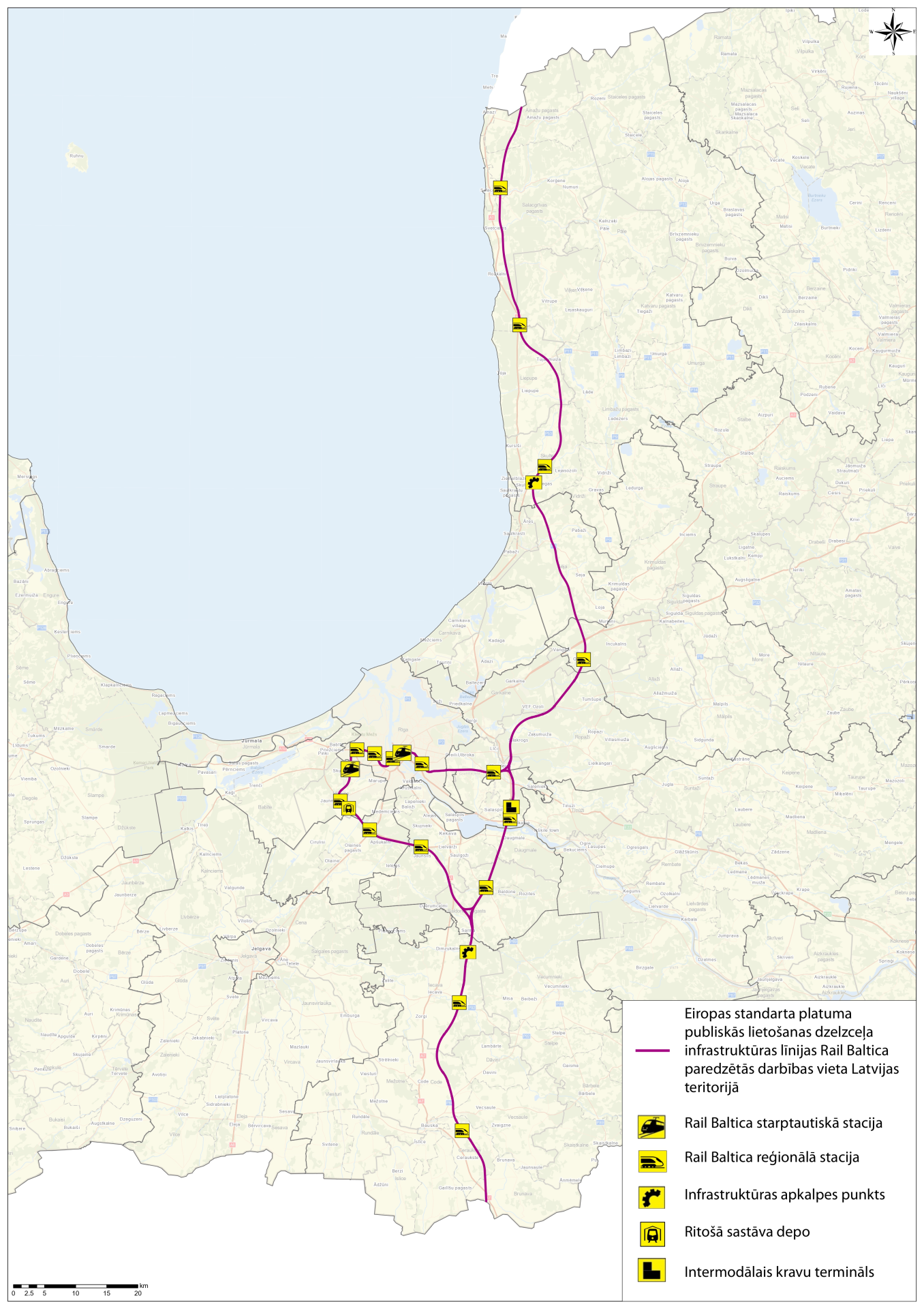 Transport Minister Tālis Linkaits (New Conservative Party) said that procurement is an important step in the development of “Rail Baltica”, confirming Latvia's readiness to implement this project as soon as possible.

Kaspars Vingris, Chairman of the Board of the EDZL, said that this procurement would be the largest railway construction tender in Latvia.

The total cost of the Rail Baltica railway line in the Baltic States could reach €5.8 billion, according to EDZL.