Riga cobblestones gobble up another car

She said that as soon as information had been received about the stranded car, all the operational services were sent to the site to assess the situation. They assessed that indeed a car was in a hole not of its own digging. However, the reasons for what happened remain unknown at present, giving Ģertrūdes Street a mysterious and vaguely menacing atmosphere similar to the Bermuda Triangle. On June 5, as previously reported by LSM two cars sank into the cobblestones on Ģertrūdes Street when yawning chasms unexpectedly appeared beneath them, despite the fact that Ģertrūdes Street is not believed to lie on the fault lines of any significant tectonic plates.

The collapse happened during hydraulic inspections of the city heating network system.

Whether Ģertrūdes Street's appetite for automotive fodder has now been sated remains to be seen. 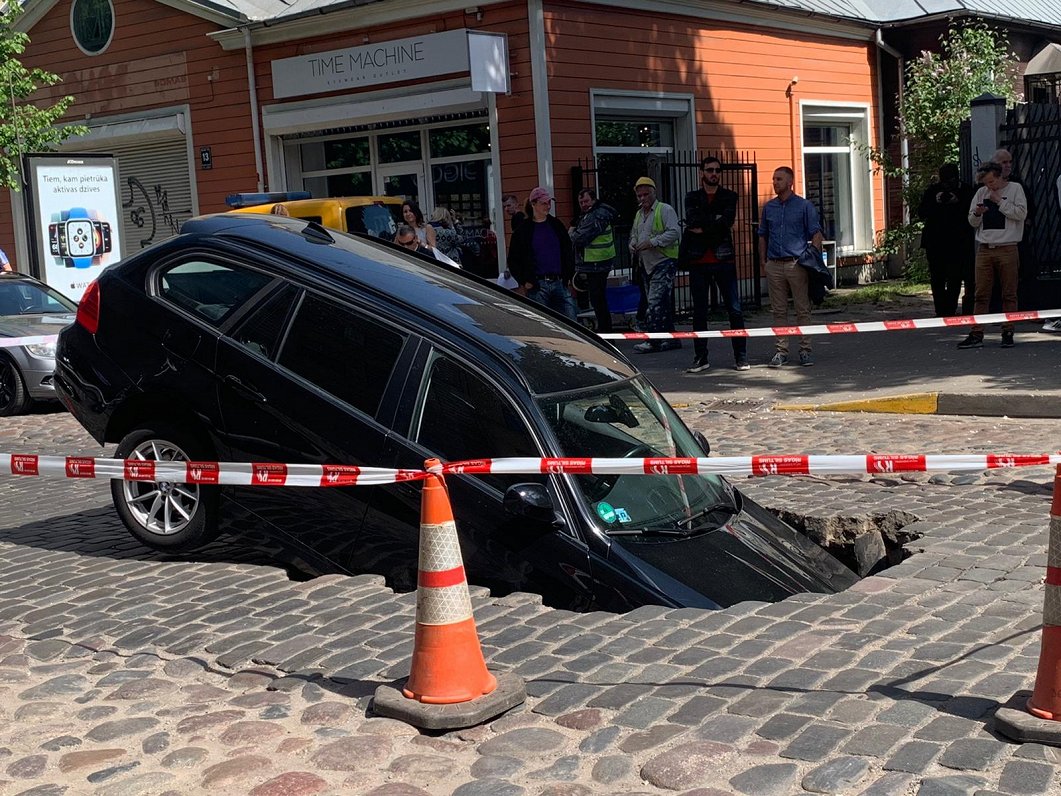