An image of Latvia is impossible to create without a view from the outside. However, Latvia's diaspora has not been involved in creation of this image for six years since an Image Policy Coordination Council has been formed, LSM's author in Germany Zane Pudule wrote November 9.

In order to promote Latvia abroad, a slogan or logo is created from time to time. One can mention the graphic mark of Latvia's hundredth anniversary, as well as the motto 'Latvia - the Land that Sings'. A country-defining, positive image is very important in trans-national cooperation, as it promotes awareness, interest and trust. It has already been reported that so far there has not been a united and clearly readable image that would symbolize Latvia and could be used in a wide variety of sectors.

Six years ago, the Latvian External Image Policy Coordination Council was formed.  However, diaspora specialists have not been officially involved in council work in the past, though they have high-ranking professionals with huge experience in different countries.  Diaspora organizations regularly offer their specialist assistance in image development.

The “Economic Co-operation and Investment for Latvia” movement (#esiLV), which unites Latvian entrepreneurs in the world, asked the President of Latvia to take on the supervision of the image of Latvia, to promote greater involvement of society and to create an inclusive institutional platform for the diaspora - a think tank on the development of the vision of Latvia.

Thus, for the first time since the Council was founded in 2014, the Council's sixth meeting in  October was also attended by two representatives of diaspora organizations: Kristīne Saulīte, Chair of the Board of The World Federation of Free Latvians (PBLA), and Elīna Pinto, Chair of the European Latvian Union (ELA).

According to Elīna Pinto, the lack of diaspora involvement is an untapped opportunity and a loss for the nation.

“First of all, both diaspora organizations and communities act as messengers of the image of Latvia; secondly, they are also on the frontline when there are issues of reputational crisis, and when various challenges of (..) prejudices and the reputation of the country have to be refuted. Thirdly,

the diaspora, living long in their home countries, is a litmus paper test for the visibility of the country's image message and also for competitiveness when meeting the images of other countries,” Pinto said. 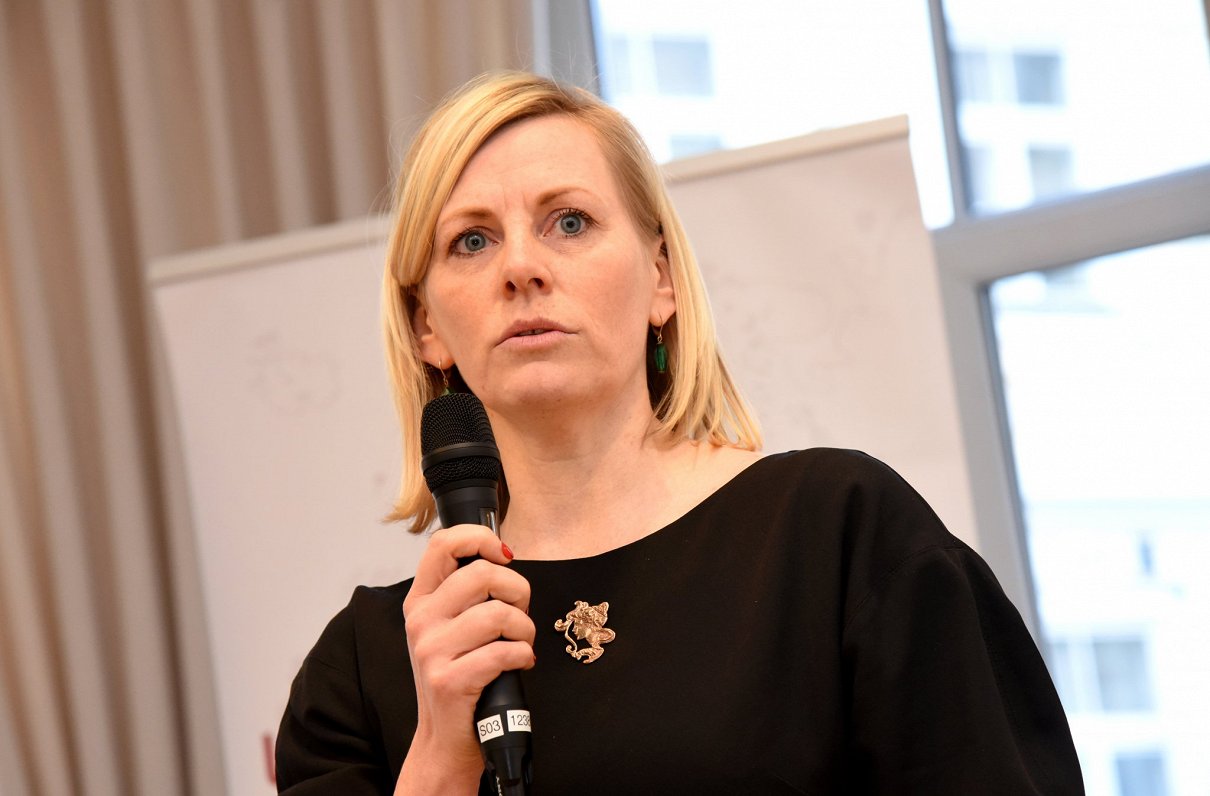 Until now, at official level, representatives of diaspora organizations have not been invited to participate in the development of the image of the State of Latvia, there has been no information about the work on image development.

“It's a broader issue of public involvement in shaping the state's image. These days, people no longer rely solely on messages that have come from the elite of opinion leaders.  And in the development of this new concept of state vision or image report, as we learned, 116 opinion leaders in Latvia (none of the people living abroad!) were involved, but the wider public was not informed.

Public involvement is minimal because inconvenient opinions are often undesirable… And then it is more convenient not to ask,” said Pinto.

“It may also reflect a deeper challenge or a shortcoming in shaping the country's image: it is self-centered. We are stewing in our own juices here on the spot, we are consulting in our circle how we see ourselves. But the condition of a successful national image is its maintainability and uniqueness, and competitiveness in an international view. Therefore, the diaspora is, in my opinion, the first partner that, with its view from the sidelines, can give a broader vision of how this self-perception is reflected in the international context, how creative, empowering, how authentic, perceptible, unique it is,” explained Pinto.

Recently, a new united image-representative brand was developed: Born in Latvia. The brand was created by the Latvian Exporters Association “The Red Jackets” and is the proud result of discussions among various industry leaders.

However, the response outside Latvia turned out to be different.

For example, at the German Forum of Latvian Associations and Organizations in Berlin, it evoked a wide variety of reactions, ranging from laughter to confusion and outrage to the design of the logo. 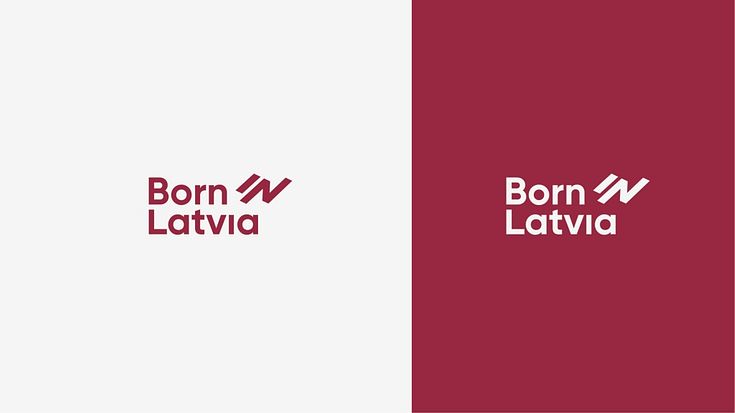 Elīna Pinto, who also participated in the forum, said that questions were asked (to which no answers were received), about how this logo would be adapted to other countries. How would this approach appear in countries where, for historical reasons, the topic on where someone was born is very sensitive; how to present it, for example, to those diaspora Latvians whose families are not born in Latvia, but they are Latvian and produce Latvian products; why the subject of associative birth and the red color. And if it is also meant to be an export brand, will we really be comfortable with such a trademark on military drones produced in Latvia, for example, or on canned fish?

These are issues that are practically not considered. This is why there is a need for a view from the sidelines, because specific issues do not come to mind at all for the people living in Latvia.

Representatives of diaspora organizations acknowledge that a unified image is a positive step, but it is still lacking.

"Everything is now focused on economic breakthroughs, and the country's unified image is, to some extent, subordinated to economic interests. A vision of national progress is missing, that is, not only what we are at the moment, but what we want to be and what community value and geopolitical space we want to belong to. Because even in investment decisions, the future outlook is important for investor confidence and sustainability,” Pinto pointed out.

“At the moment, especially in Europe, with tax and environmental factors, we are quite alike, then this uniqueness and added value that someone is looking for when deciding where to invest money, or where to live or travel, is quality of life, wellbeing. […],” said the chair of the ELA presidency.

It was also highlighted that Latvia has an untapped opportunity to position itself within the framework of the Baltic story, as Latvia, Lithuania, Estonia, each on its own are small and anonymous units when it comes to attracting investments and tourists.

By developing a common concept of the Baltic as a cluster of creativity, complementing and strengthening each other, all three countries can gain power. Pinto observed that the new paradigm of international relations is – strength is not in superiority, but in partnership, where each can bring its uniqueness to a common story.

“Creativity cluster” is not mentioned accidentally – according to the current concept, Latvia will be positioned as a “creative powerhouse”. True, it is not an original concept.

“#esiLV” found at least three other countries that have come up with a story of creativity-based national image over the past year. There is Ireland, which has been implementing the Creative Ireland project for the second year and is positioning creativity as a way to better people's involvement in building their country's development story. There is also Lithuania, which has just come up with its campaign for Lithuania as a co-creator. Greece has also chosen this fundamental theme of creativity,” Elina Pinto said.

The Director of the Latvian Investment and Development Agency (LIAA), Kaspars Rožkalns, stressed that the positioning of these countries was not as pronounced and strong as “we have imagined how we will be”. 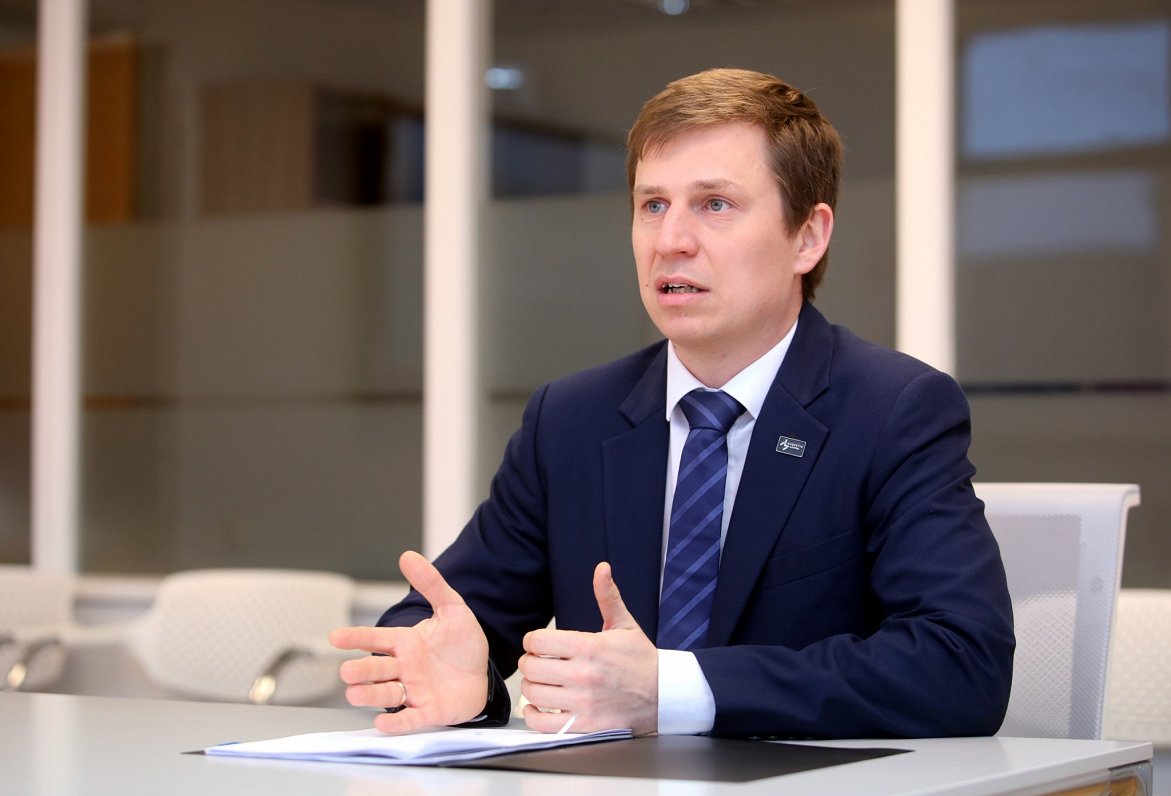 Creativity comes in many shapes and forms, and time has come to expand beyond singing and dancing, said Elīna Pinto.

Diaspora organizations came forward not only with analytical criticism of the shortcomings of the current information report, but also with specific proposals for assistance and cooperation.

One of these is to form focus groups in the diaspora and friends, acquaintances, colleagues of Latvian nationals and to test and improve image visibility, uniqueness and competitiveness in specific target countries or regions with these focus groups.

Kaspars Rožkalns stressed that, at this stage, which would be the next step after the procurement of the communication plan, foreigner involvement is vitally important: “The communication plan must be a global plan, how to present Latvian values, so that we ourselves believe as much as possible and are messengers for this image of the country, and how, of course, these values are. communicated outside”.

In the next phase, when campaigns are created, other interesting issues will emerge, such as which countries or regions Latvia will choose as priority target countries, what types of investments and what types of tourists Latvia wants and – whether it can afford to be selective. The question of languages is also relevant. Currently the majority of campaigns are in English, although the influx of tourists from the United Kingdom or, for example, the United States is hardly the largest. Neighboring countries (except Belarus), Poland, Germany, Scandinavian countries come on top.

“We have chosen English for some reason, perhaps simply because we are more familiar with it, but without understanding how crucial the availability of information in German or French is,” Pinto said.

Kaspars Rožkalns said that at least investment-related materials will be predominantly English, because “the largest share is speaking English anyway and is accustomed to working with materials in English.” As far as tourism is concerned, Rožkalns promises that the situation will change and “the language selection will be broader”.

Time for a dialogue

Representatives of diaspora organizations are expected to participate in all future meetings of Latvia's external image policy coordination board, which, according to Rožkalns, are now scheduled to take place about six times a year. On the other hand, the Ministry of Foreign Affairs has become more active and amendments are currently being directed to the Cabinet regarding the Council regulations, so that representatives of the largest organizations in the diaspora can be legally admitted to the Council.

ELA spokeswoman Elīna Pinto expressed hope that diaspora organizations will be able to bring a healthy view from the sidelines and solutions will arise in discussions and diversity of views.

"I think it will be a very big challenge to find the right balance between healthy criticism and a proactive contribution, as this train has already left the station. If we were given the opportunity to get involved earlier, I think we would have brought in certain aspects that are currently missing, including this international differentiation, of the lack of national vision documentation.

However, let us try to bring a bit of outside breath into the present council - but not so that there is draught, otherwise, who knows, the window will be closed again!

(..) Latvia is not just a faith, but also an action, and we all have the opportunity to bring this action together and to gather all the little things together and creating a strong, natural, unifying, exciting story,” Pinto summarized.