President Levits and President Zelenskyy were then due to lay flowers at the Freedom Monument, after which the President of Ukraine is scheduled to meet with the Speaker of the Saeima, Ināra Mūrniece and the Prime Minister of Latvia, Krišjānis Kariņš. 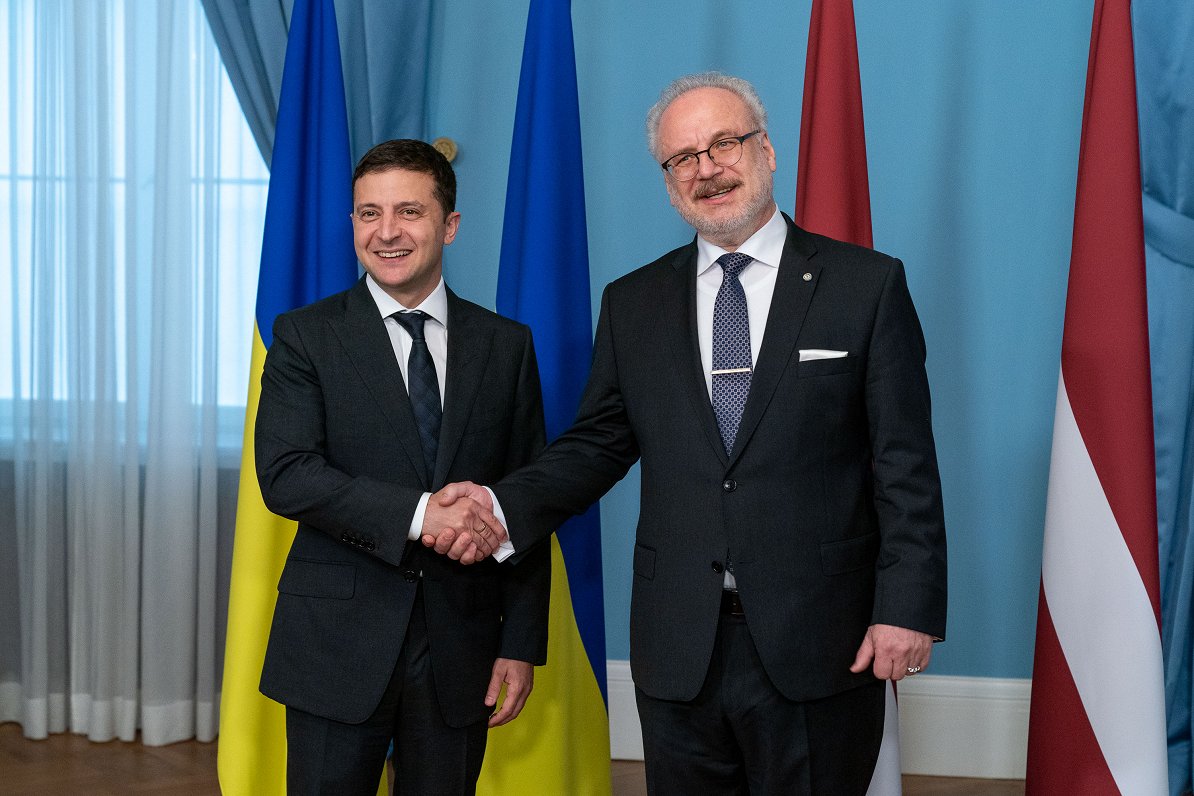 President Zelenskyy will then visit the Riga Ukrainian School, Latvian Occupation Museum, monument to the great Ukrainian poet and artist Taras Shevchenko and meet with the Ukrainian diaspora of Latvia. The President of Ukraine will also reveal a memorial plaque marking the opening of the first diplomatic mission of the Ukrainian National Republic in Rīga in 1920.

“We’ve achieved a positive result regarding cases of 🇱🇻 companies which were threatened by attempted raiding & lawlessness. 🇺🇦 has restored justice. This trend will continue. It is the beginning of positive changes & improvement of the business climate in 🇺🇦” said @ZelenskyyUa pic.twitter.com/ft0JomGH7W

In an unusual sideshow, the Ukrainian leader, who is a former comedian and actor, was also greeted by two people dressed as chickens not far from Rīga Castle. They were protesting against egg imports from Ukraine.