On Tuesday, March 2, the government will discuss tightening the limits on Covid-19 to reduce the spread of the new type of virus, Latvian Television said.

The Ministry of Health did not comment on what measures could be proposed, but the government's already approved traffic light principle states that restrictions on movement and retail should be considered in relation to the spread of the new type.

The report adopted by the Government on the so-called traffic light principle states that if at least 5% of the virus samples tested during the week have been confirmed as the new, most contagious virus type, stricter limits should be considered. 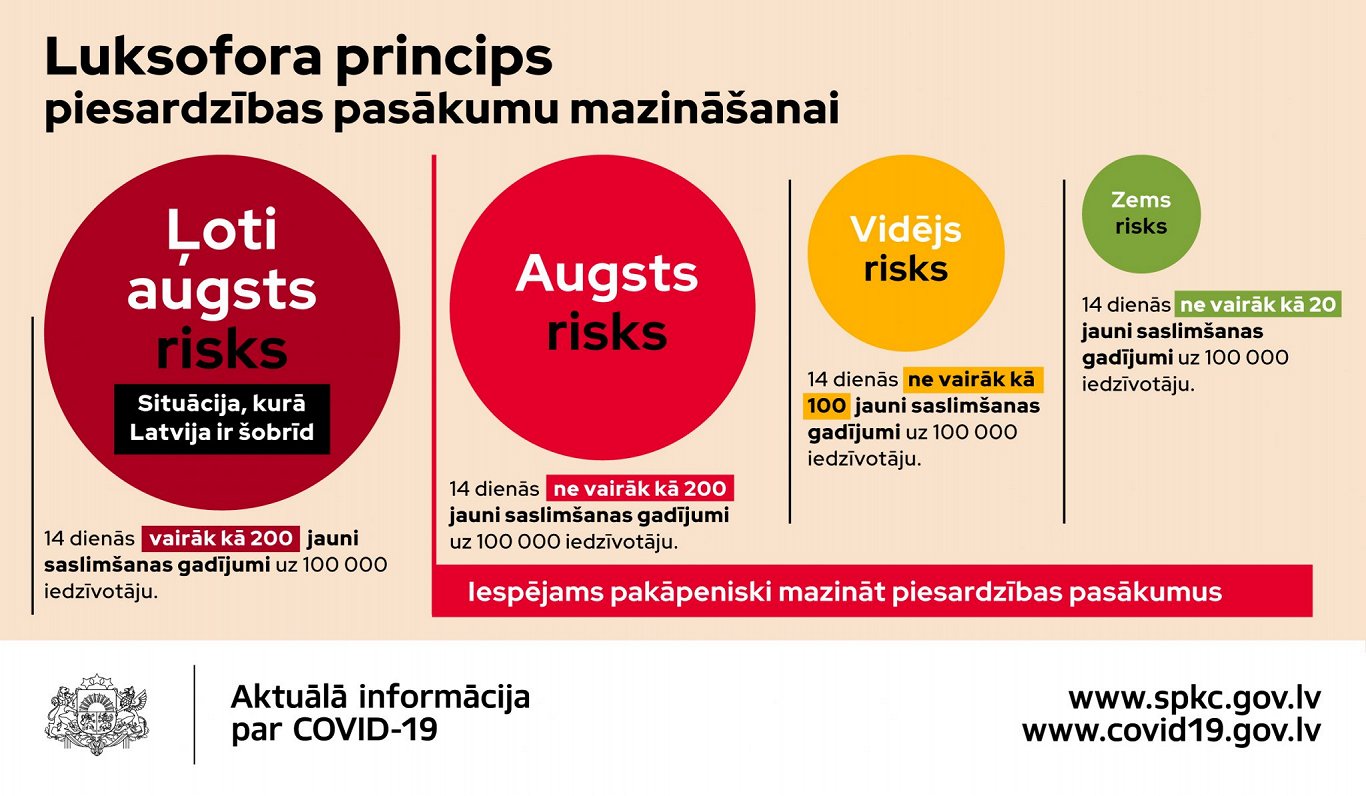 The Disease Prevention and Control Center did not say how many cases of the new type were discovered last week. The information will be prepared on Tuesday. In the past, the SPKC has said that two outbreaks of the new type have been identified so far.