With less than a week to go before parliamentary elections, the latest party ratings commissioned for SKDS pollster by LTV show that there has been a steep drop for the Harmony party.

It is still the most popular party with 17.2% of respondents saying they'd vote for them but support has dropped 4.3%.

The New Unity party meanwhile has seen support drop by 1.3% to 3.8% 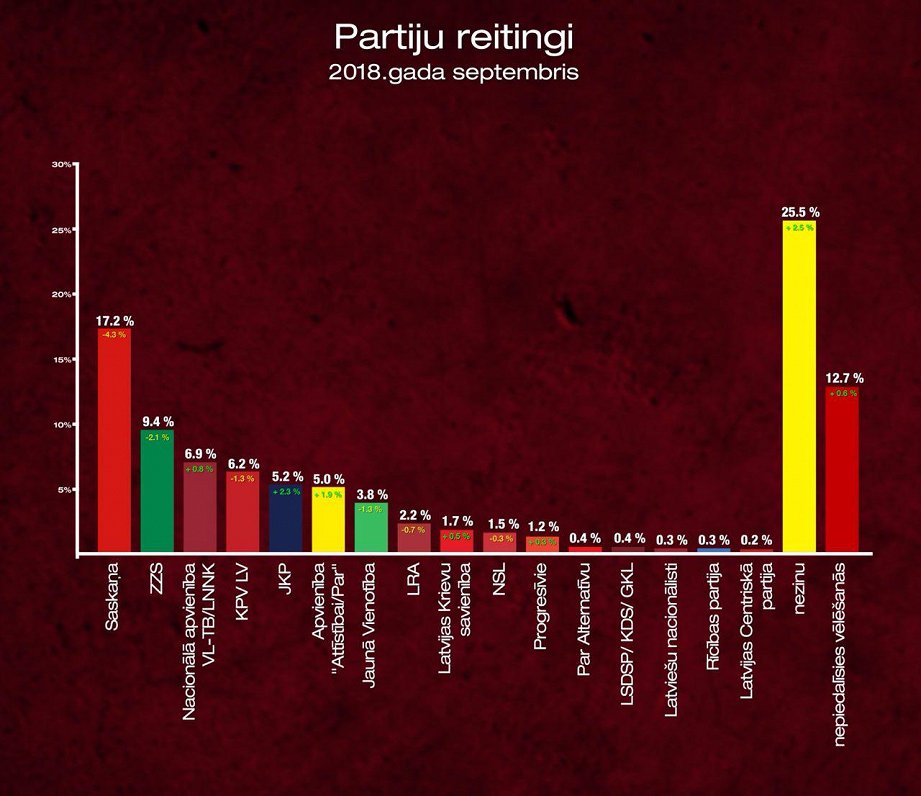 The poll took place September 8-18 with about 1,000 respondents aged 18 and above in direct interviews across Latvia.

However, it shows that at the time 25.5% of the respondents were still undecided and a further 12.7% said they wouldn't partake in the election.