"CERN is one of the leading global laboratories and scientific centers. It is crucial for Latvia to become an associate member state of CERN. We have worked hard and have been committed to this goal for a number of years now. Our science and technologies have benefitted from that, and this process has paved the way for a new community of scientists specialising in research in high energy particle physics."

He also used the occasion to talk up the importance of funding for science ina  more general sense, saying; "Undeniably, we must spend some of the public funding for science to support fundamental research... This is good for society. Although the benefits of fundamental science are not always obvious to the society or politicians, we need to invest public funds into development of applied and fundamental science. CERN, for example, is researching the origins of the Universe. And it is not just about scientific curiosity. These findings have practical implications. Knowledge that can then be used in healthcare and other areas."

Latvia joined CERN on 31 October 2016 when the government of Latvia and CERN signed the Technical and Scientific Cooperation Agreement concerning research in high energy particle physics.

Levits is attending the World Economic Forum in Davos on 20-24 January. 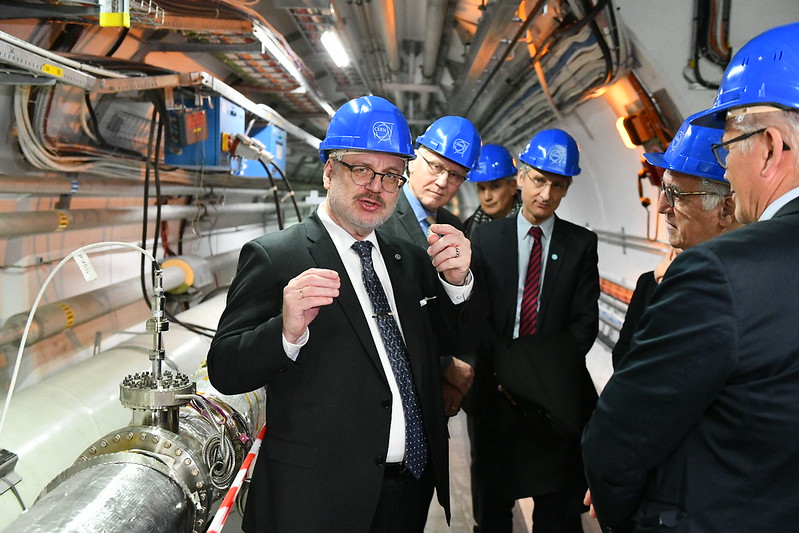