Homicides in EU in 2017
Photo: Eurostat

Latvia was EU homicide hotspot in 2017

However, Latvia distinguishes itself with a homicide rate significantly higher even than second-placed Lithuania and third placed Estonia.

Police in Latvia recorded a staggering 109 intentional homicides in 2017. The only crumb of comfort is that the figure was marginally lower than the previous year when there were 111 homicides.

Another near neighbor, Poland, has a homicide rate of just 0.7.

For context, the Latvian total number of homicides is similar to that of Sweden - a country with a population more than 5 times larger than Latvia's.

Yet as recently as 2013 Latvia reported only 69 homicides.

In gross terms, France had the unwanted distinction of recording more homicides than anywhere else with 942 in 2017. 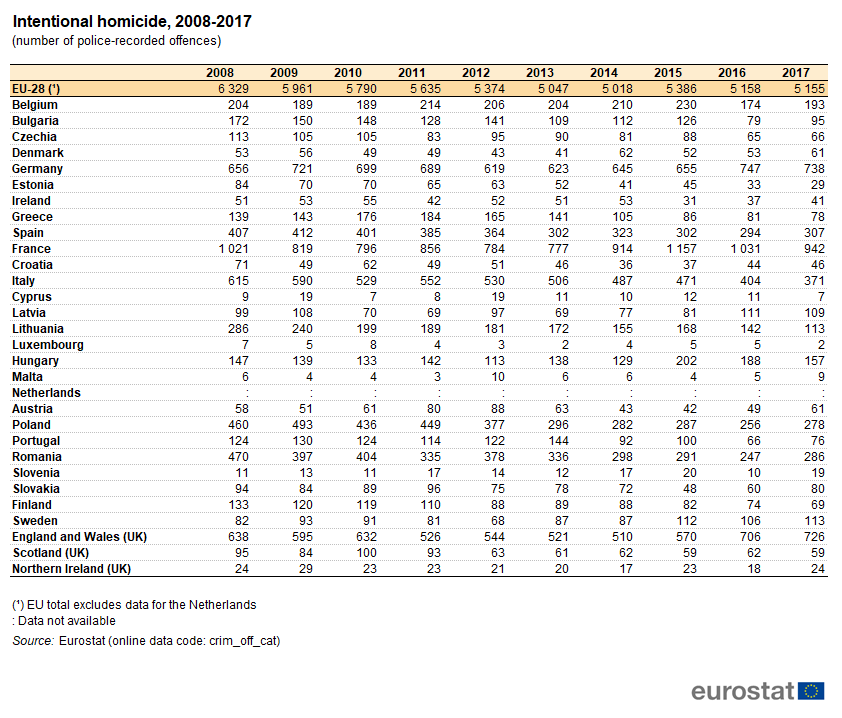 On some other crime statistics also released by Eurostat Latvia does slightly better. It has 31 police-reported robberies per 100,000 inhabitants, giving it a mid-table ranking. Belgium has the highest robbery rate (167) while Hungary and Slovakia are the places where you are least likely to be robbed (9). 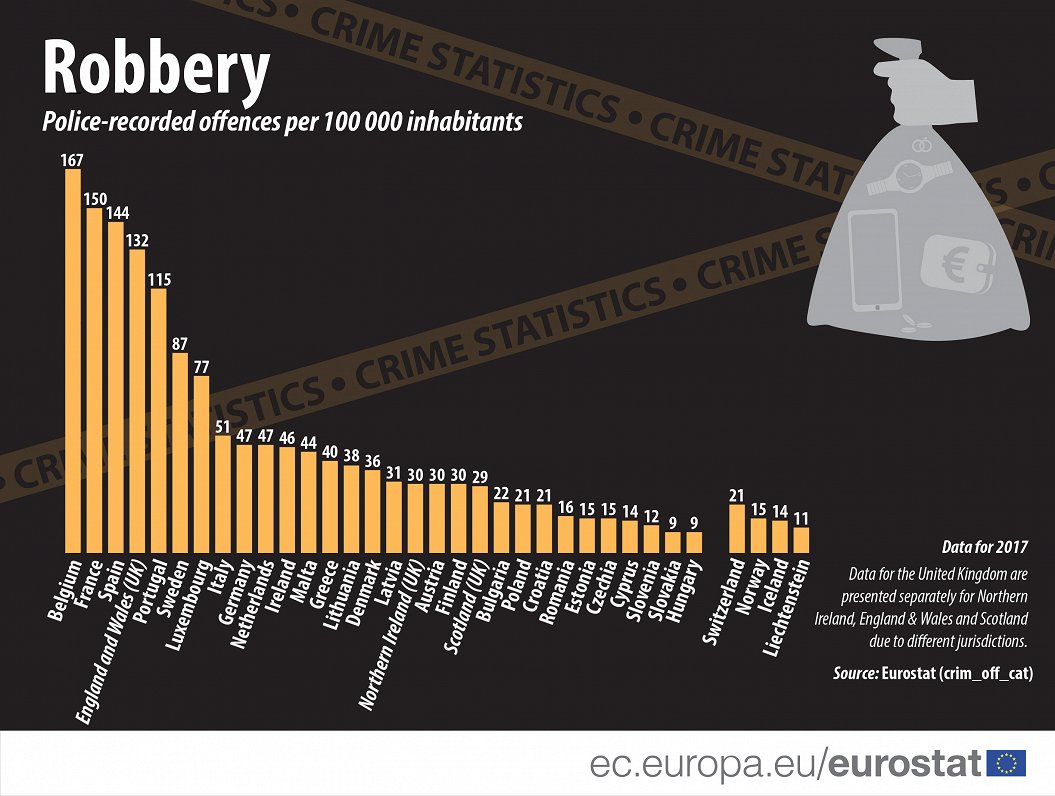