june 20, 2019, 8:52
Crime
Authors: eng.lsm.lv (Latvian Public Broadcasting), Ella Semjonova (Latvijas Radio korespondente)
In what is likely the most serious case of espionage to date, a national firearms system manager may have been disclosing Latvian secrets to Russia for six years. While the accused does not plead guilty, the prosecutor estimates significant harm done to the state. This is, however, only the third open case of espionage in Latvia. In this respect, it falls behind Estonia and Lithuania, reports Ella Semjonova on LSM's Latvian service on June 18.

Estonia and Lithuania are very serious about tackling treason. Figures testify to this. In Estonia, 17 people were convicted of spying for Russia. In Lithuania, 12 people have been suspected of espionage and 6 convicted, all of whom were sentenced to imprisonment.

In Latvia, there have only been two court judgments. A conditional penalty for Jurijs Stilve, who was caught gathering information about the Alūksne army base, petroleum product warehouses, and the local border point. Latvian Railway Master Aleksandrs Krasnopjorovs, who filmed the NATO military technology movements from a video surveillance system, appealed against the court judgment. The third case has only made it to court.

The representative of the Anti-fascist Committee Josifs Korens has called Latvia a withered police state. Together with a few dozen of other Kremlin apologists, Korens rallied for a picket on June 13 at the Rīga City Vidzeme Urban District Court building, where the case of Oļegs Buraks, accused of espionage, was being reviewed.

The chairwoman of the Latvian Russian Union Tatjana Ždanoka joined the picket to defend the accused. She is convinced that the espionage case is a political move.

“In our times, in the 21st century, people can realize just from reading a few detective stories that spies do not act in this way,” said Ždanoka

Tatjana Andrijeca, member of the Youth Parliament and the Latvian Russian Union, also took part in the picket. In her opinion, Latvia is committing a grave injustice by keeping Oļegs Buraks behind bars for 8 months.

“I believe that Russia would never choose for a spy a retired officer, a lieutenant who has become famous for fighting against the State Language Center and making donations to the Latvian Russian Union. I believe that spies are chosen more carefully,” said Andrijeca.

Before retiring in 2006, Oļegs Buraks was the Head of the Firearms Tracking Division at the Information Center of Ministry of Interior of the Republic of Latvia. And he was, in fact, punished for not knowing the state language, which he does not speak even now. He confessed this on his way to the hearing.

“I was denied the opportunity of defence. Everything is demanded of me in the state language,” Buraks cried out in Russian.

He has pleaded not guilty: “I am not guilty. It's all nonsense!”

Frequent visits to Russia is one of the most important risk factors in the recruitment of our citizens, explain the state security authorities. When the border is crossed, it becomes difficult to control a person's actions. Therefore, it is also difficult to determine whether messages are being sent or tasks received.

Pavel Felgenhauer, military analyst at the Russian Newspaper “Novaya gazeta”, explained in a conversation on Latvian Radio: “It should be understood that Russia has many different intelligence services. As the Baltic States are the neighbours, there is of course some interest. The political intelligence collects information, explores possible access routes. Military intelligence is interested in armaments, dislocation and similar issues.”

“The main thing they do, however, is recruit locals,” says Felgenhauer. “They are interested, of course, in those people who possess information – whether they are related to the local special services, or to local soldiers or political bodies.”

The previous Latvian convicts were recruited in Russia.

According to the information acquired by Latvian radio, Oļegs Buraks also in his time travelled to Russia, but through the borders of Lithuania and Estonia. And the purpose of his visits was not merely the restoration of family ties.

Buraks would have been an extremely valuable Russian intelligence agent due to his having access to nationally important data, which would not just be theoretical information about firearm models. The Prosecutor's Office reported that he was actually involved in marketing secret data for six years – from 2000 to 2006. 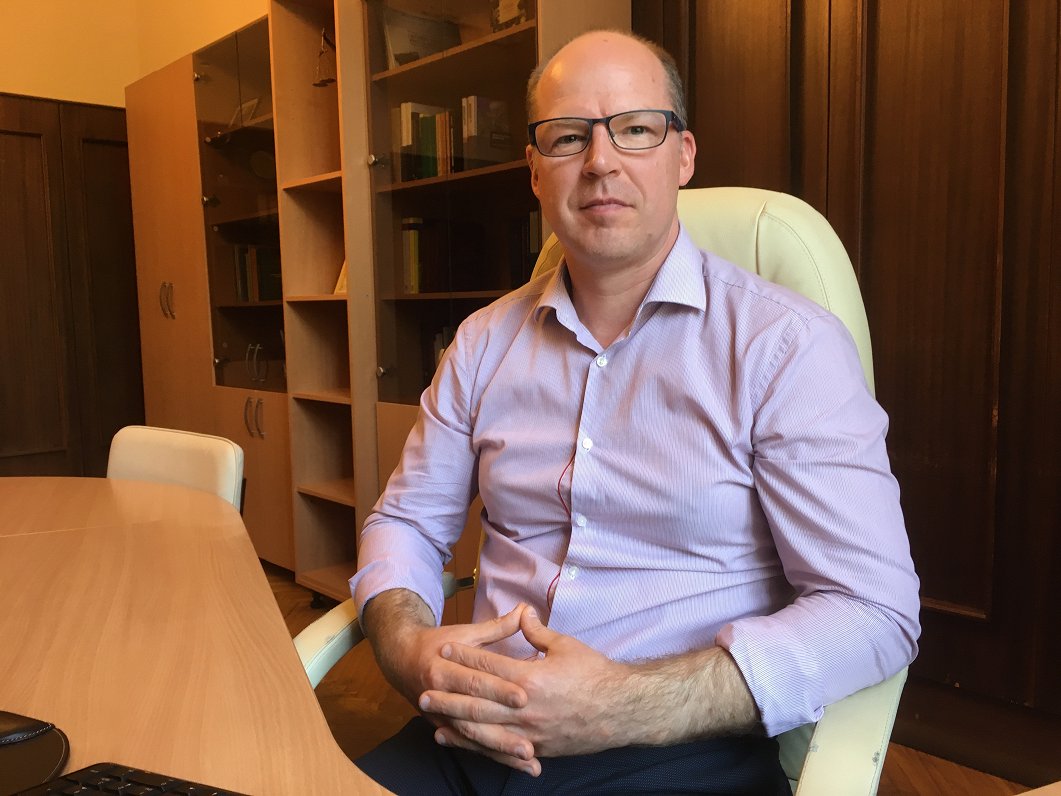 Armīns Meisters, the Supreme Prosecutor of the Riga Court District Prosecutor's Office, emphasised that this is the most ambitious case of espionage in Latvian history, since the spying was long, purposeful and extensive. The removed data carriers had more than 13 000 files.

“Crimes of this kind cause the most harm. It is very difficult to estimate immediately the extent of damage done,” said Meisters.

“We don't even know, maybe 10 years from now all of this will be used against Latvian interests. Perhaps it is already happening, and only a limited number of people who work in internal and external defence can say if it is,” said the prosecutor.

Regarding the relatively small number of such cases brought to court, Meisters said: “I trust in the ability of the security services to detect such crimes and bring them to prosecution, and in the prosecutor's ability to complete the pre-trial process. Therefore, whether three cases is little or not, it is an appreciative evaluation.”

When the same question was put to the State Security Service, it provided a written answer, which was published on LSM's Latvian service on June 18.

The State Security Service wrote: “With regard to the number of convicted spies, we can point out that in Latvia the prosecution of persons who have acted against the Republic of Latvia and have directly or through another person transferred information to Russian intelligence services is hampered by the incompleteness of the legal framework related to espionage. In April 2016, after suggestions made by the Latvian State Security Service, substantial amendments to the Criminal Law were passed, supplementing the article on espionage.”

The Criminal Law, which had not been amended since the late 90s, had virtually bound the hand of security officials, reducing their capacity to perform legal maneuvers. That is, the spy could only be called to account if he or she had turned over information that was not meant to be disclosed, and collected it on behalf of the foreign intelligence service to use it against the interest of the Republic of Latvia.

The formulation has three apparent loopholes. One is the fact that, in practice, information can be handed over if it is not considered secret. Second is that the “client” is not always a foreign intelligence, but may be any other institution. Third is that it can be impossible to prove that the information will be used to the detriment of the state.

Inflexible laws, then, are the reason why so few spies were convicted in Latvia.

With amendments to the law and increased funding for security structures, the number of cases could also increase. The potential challenge, however, would be to bring these cases to court, as there is often no direct evidence of criminal activity.

Therefore, the State Security Service calls for 10-20 judges specialising in the area of national security.

In its annual public message, the State Security Service writes that Russia's interest in Latvian residents – both officials and ordinary citizens – is high. Information provided by people is what allows them to confirm the data obtained with technical means.

According to the information possessed by Latvian Radio, the State Security Service is aware of the need to inform the public about potential recruitment risks. The idea to create informative videos, resembling the ones used in Lithuania, has been considered and may be implemented in the coming years.