The contagious 'Delta' variant of the Covid-19 virus has already surged ahead of the prevailing Alpha variant in Latvia, Health Minister Daniels Pavļuts said on Wednesday July 14.

He said that 54% of all cases of Covid-19 have already been identified as the Delta variant in Latvia. 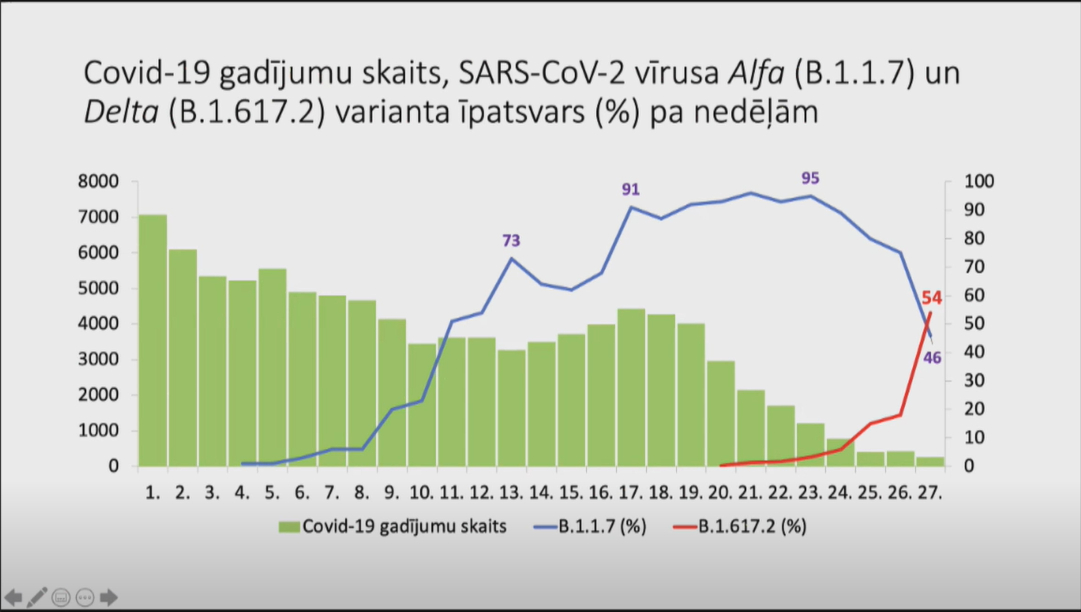 According to Pavļuts, there is currently no increase in morbidity, but it is only a matter of time.

Prime Minister Krišjānis Kariņš also said at the government meeting on Wednesday that Latvia will not be able to avoid the third Covid-19 wave with the spread of the Delta strain. "The question is whether we will have enough immunity so that it doesn't end with mass hospitalizations and deaths. We have a fight with a fierce opponent," said Kariņš.

In neighboring Estonia, the prevalance of the Delta variant has reached 80%, with the head of the national Health Board warning that a "third wave" of coronavirus infections is now under way.

The World Health Organization (WHO) has produced the short video below outlining the particular nature of the Delta variant.