Almost a quarter of Latvia's population remains at risk of poverty

january 16, 14:50
Society
Authors: eng.lsm.lv (Latvian Public Broadcasting)
Almost a quarter of Latvia's population was at risk of poverty in 2018, according to data released by the Central Statistical Bureau January 16.

Data from the survey conducted by the CSB show that 434,000 persons or 22.9 % of the population of Latvia were at risk of poverty in 2018 – just 0.4 percentage points less than in 2017 with the reduction largely accounted for by an increase in the minimum wage from EUR 380 in 2017 to EUR 430 in 2018 plus changes in legislation on social benefits and changes in income tax application. 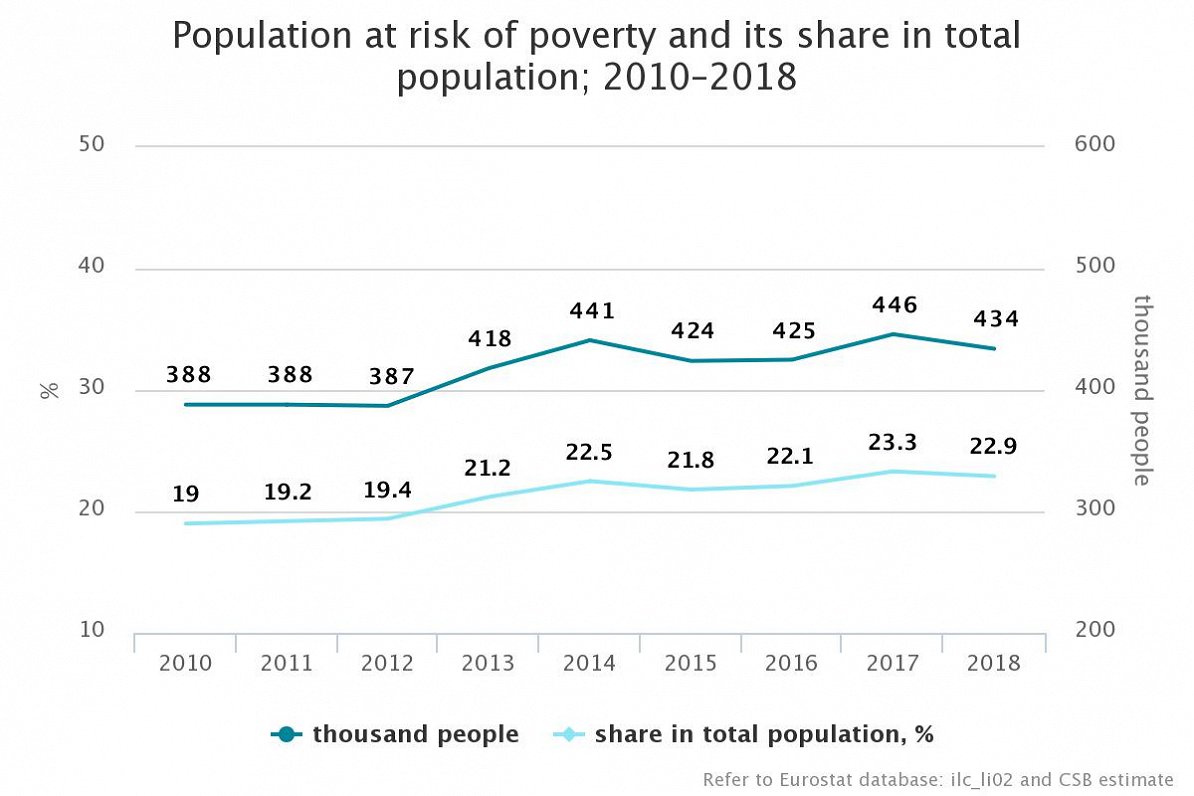 More information on poverty and social exclusion risks is available in the informative leaflet People at Risk of Poverty and Social Exclusion in Latvia in 2018 (in Latvian) and CSB database section Monetary poverty and income inequality.