january 2, 2019, 10:45
Society
Authors: eng.lsm.lv (Latvian Public Broadcasting)
Latvians spend more than anyone else in the European Union (EU) on alcoholic drinks as a percentage of household expenditure, with the notable exception of our northern neighbors, the Estonians.

The 2017 data was released by Eurostat on January 1, a day not unknown for the lingering results of alcoholic over-indulgence. 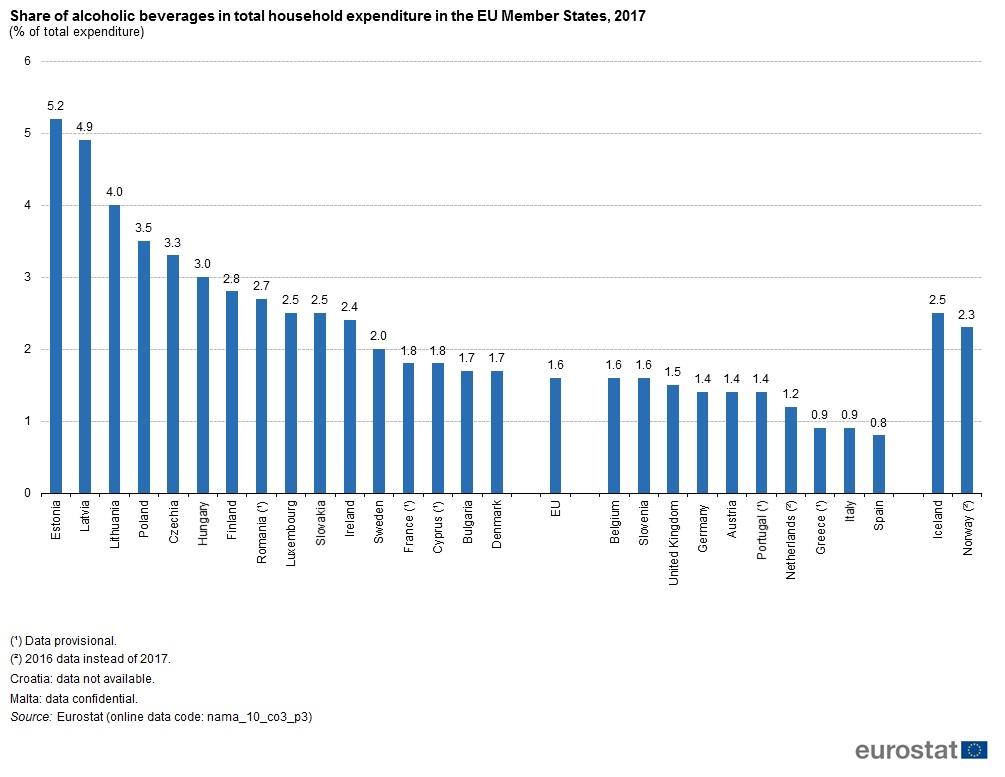 However, the Baltic states easily drink that 1.6% figure under the table.

"In the EU in 2017, the share of total consumption expenditure spent on alcoholic beverages was the largest in three Baltic States: Estonia (5.2%), Latvia (4.9%) and Lithuania (4.0%)," said Eurostat.

At the opposite end of the scale, Spain (0.8%), Greece and Italy (both 0.9%) spent the lowest proportions of household spending on alcoholic beverages, ahead of Germany, Austria and Portugal (all 1.4%).

As previously reported by LSM on numerous occasions, the hard-drinking habits of Estonians do come with some financial benefits to Latvia. Higher duty on alcohol in Estonia means thousands of Estonians, Finns and others make the trip to Latvia to stock up on booze.

The start of January is also a time when smokers try to give up the evil weed of tobacco. When tobacco consumption is factored into the spending data too, Latvia emerges in fourth place behind Luxembourg, Estonia, and the Czech Republic.