Lauma returns to Latvia without a work contract

november 25, 2019, 14:18
Society
Authors: eng.lsm.lv (Latvian Public Broadcasting), Latvijas Radio Ziņu dienests
Lauma Mačule flew to the UK to visit her brother at the age of 18 with one suitcase after she realized she didn't want to study IT at the Vidzeme University of Applied Sciences. The visit to Manchester ended up lasting seven and a half years, she told LSM.lv.

Lauma speaks Latvian with a slight English accent. She laughs saying how quickly she picked it up. Even the Brits frequently don't realize she's not a local. When speaking with those who have lived abroad for some time, the first question is usually “Why?”.

Lauma says that the move wasn't planned. After finishing high school she enrolled in Vidzeme University, planning to study IT. Before the course started she realized that it wasn't for her. Lauma's brother lived in England, so she decided to visit to clear her head.

“I had only one suitcase and no plan for how long I would stay,” says Lauma, who's been living in Latvia for a year after calling England her home for seven and a half years.

After some time Lauma's brother returned to Latvia, but she stayed. “In a sense we traded places,” she recalls, smiling.

From babysitter to masseuse

Lauma first worked as a babysitter for an English family. She says that her good command of English helped her quickly find a job. Lauma also began working at a cafe. “I had a few jobs, but I understood that I want to acquire skills and learn something.” So she enrolled in college to become a holistic therapist. Lauma explains that it's like a massage - reflexology, something similar to acupuncture.

Laura's studies opened up new opportunities. She worked at a prestigious salon with cyclist Lance Armstrong's masseuse. Laura began as an administrator, but later also worked as a masseuse, which was a valuable experience. In her final years in the UK she worked as a makeup artist. Laura worked at the popular MAC store, which according to her was the largest one in England. 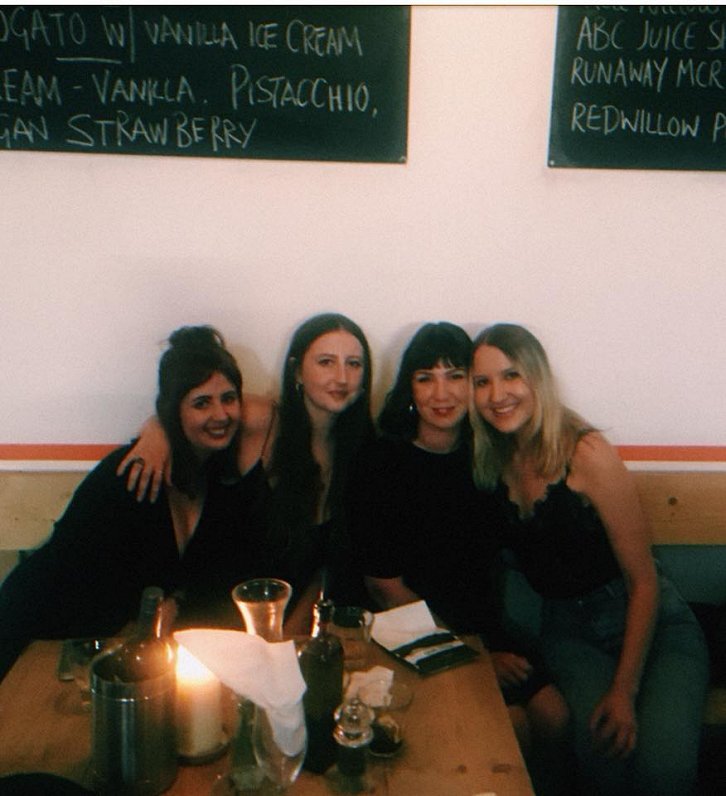 Looking back at her life in England Lauma says that she left for the country as a child. She says at the time people said it was fearless to go to a foreign country at 18 to start a new life. “The thing is, 18 or 19 year old Brits would never do that,” says Laura, explaining that Latvians are more independent and grow up faster. “I didn't think too much, I just went and did it,” she says about her decisions. She thinks Latvians are more diligent in working towards reaching goals.

Sitting in a cafe in Rīga Lauma recalls that seven years is a really long time. “When I look back I think about why I was there for so long - I could have come back sooner, but why was I afraid to do that?”. Lauma doesn't hide that fact that she regrets not returning sooner. “But everything happens just as it should, in its own time.”

What kept her in the UK for so long? Lauma says it was friends.

A four-year relationship with a British guy kept her in England, but after that other friends tied her to the country. English culture, especially music, also helped. Even though the UK has one of the largest Latvian diasporas, most of her friends were British. One of her best Latvian friends returned to Latvia and got married while she was still there. “She's truly happy!”

Lauma says she was well-received by Brits. “You can go there and whine and say how bad everything is,” but if you accept your new circumstances and adjust, there are no problems.

Does Lauma know why people go abroad? She says that the main driver is still money. “Here you can't live as comfortably as you'd like. You can definitely survive, but you don't want to have to keep track from paycheck to paycheck whether you can afford everything.” Lauma could afford more things in the UK, however her current salary in Latvia is competitive in comparison to her British salary.

Lauma thinks the salary increases encourage people to return and she's heard about government campaigns helping people return, but those aren't the reason for her return. She came home without a work contract.

Doesn't want to be the aunt from England

What encouraged Lauma to return? She says it was family. Lauma says it's hard to explain: on the one hand she's got accustomed to living abroad, but on the other hand she understood that she'll never feel like a local. Lauma also missed having her family's support.

“It's nice that you can fly to Latvia twice a year, write and call on WhatsApp, but it doesn't replace physical contact, that you can hug each other,” says Lauma.

The most important factor was the birth of her brother's children. “At that moment I wasn't in their lives and that was the most painful thing, knowing that I won't be there for birthdays and other important events.” She says she says she didn't want to see her loved ones only in social media photos, didn't want to be the “aunt from England”. Lauma sighs and says, “I wanted to be home with them, to feel the feeling of belonging, the nature, air, everything else lead to the big step of choosing to come home.”

Lauma didn't have work experience in Latvia. She was scared to return and look for work, mainly because of her lack of Russian language knowledge. “I think all young people feel this sense of fear about finding work if you live, for example in Rīga, because Russian is necessary in Rīga as a second language.” 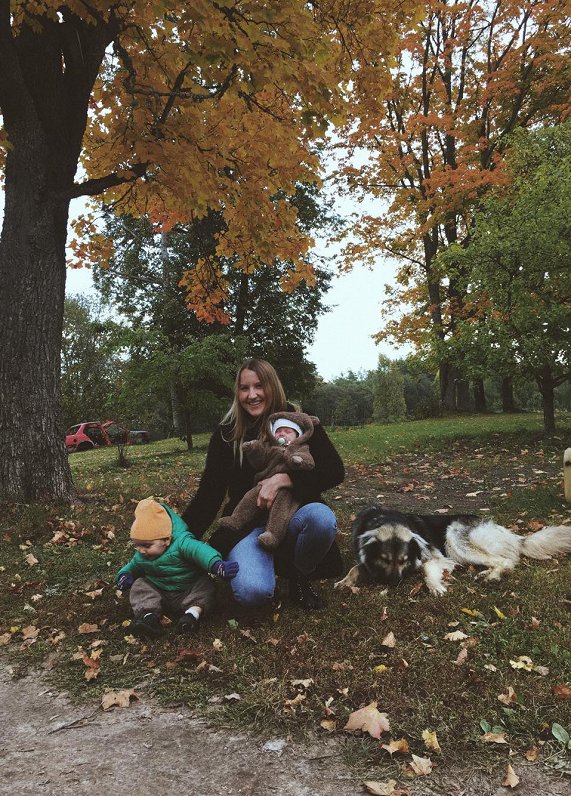 While she was still in England her brother sent her vacancies from Draugiem Group companies, which didn't require Russian language. She noticed the same vacancy when she returned home, and now says it must have been fate. Now as a Client Support Specialist her duties include communicating with clients around the world and making orders.

The beginning in Latvia was hard. “I was 27 and had to start all over again.” She remembers how she felt living at her parent's house in Smiltene with no car, and the closest city is 10 kilometers away. “When I returned I thought about whether I'd done the right thing!” Now Lauma lives in Cēsis, because her employer has an office there. She likes it there and says it's a good city for young people, there's a good aura.

Speaking about culture shock, Lauma says what she noticed most is that people aren't as polite.
“I was used to English politeness, where strangers speak politely to each other,” says Lauma. In Britain it's normal to smile at strangers, in Latvia no one smiles. “Here I also want to smile at people on the street. Why not, it's a nice gesture!” Why are Latvians so serious? Lauma thinks it's because they haven't experienced how people live elsewhere. But it's not so bad, she admits in the end, especially when speaking with new people.

Do we need to encourage young people to come back to Latvia? Lauma thinks everyone should make their own decision. She says she's heard about people who return for a few months, then leave again. Although family was her main reason for returning, her work helped her make the decision to stay and not lose the skills she gained in England.

Lauma says it's been a colorful year living in Latvia. Is she here for good? She nods her head.
No amount of money would make her go back.

“Latvia is my home, I don't want to live anywhere else!” says Lauma.