Lonely in Latvia: Older you are, lonelier you feel

may 27, 2019, 15:52
Society
Authors: eng.lsm.lv (Latvian Public Broadcasting)
The European Union Statistics on Income and Living Conditions (EU-SILC) survey conducted by the Central Statistical Bureau of Latvia (CSB) in 2018 shows that 17 % of the population aged 75 and over feel lonely all or most of the time, while such an such feelings occur among younger people (aged 25–34) ten times less frequently (1.6 %). 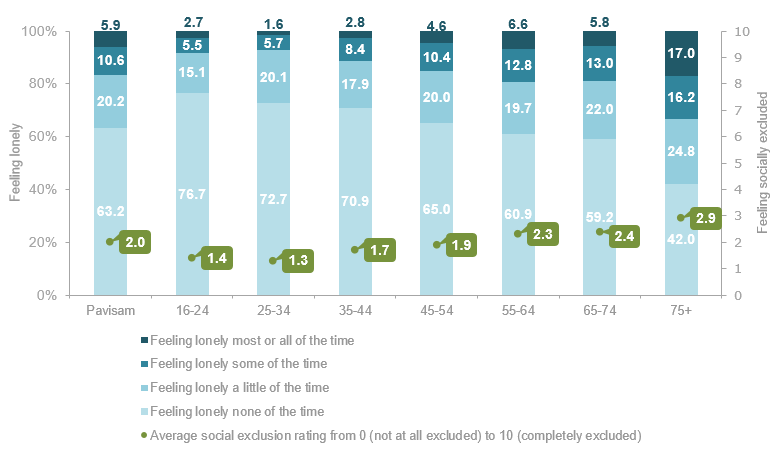 Almost all (94.9 %) couples with children felt lonely none or a little of the time. The indicator is high also among couples without children (92.2 %).

"The high ratings in the households with children show that children give adults stronger feeling of being a part of the society," said the CSB.

More information on the survey results is available in the CSB database section Well-being and Life Satisfaction and the publication Income and Living Conditions in Latvia; 2018.