The unofficial event in remembrance of members of the Latvian Legion, units of the Waffen-SS in the World War Two, passed off peacefully with no arrests made.

As usual, paraders waved various flags and laid flowers while opponents displayed placards and voiced their opposition. As always, a large number of international media were on hand. 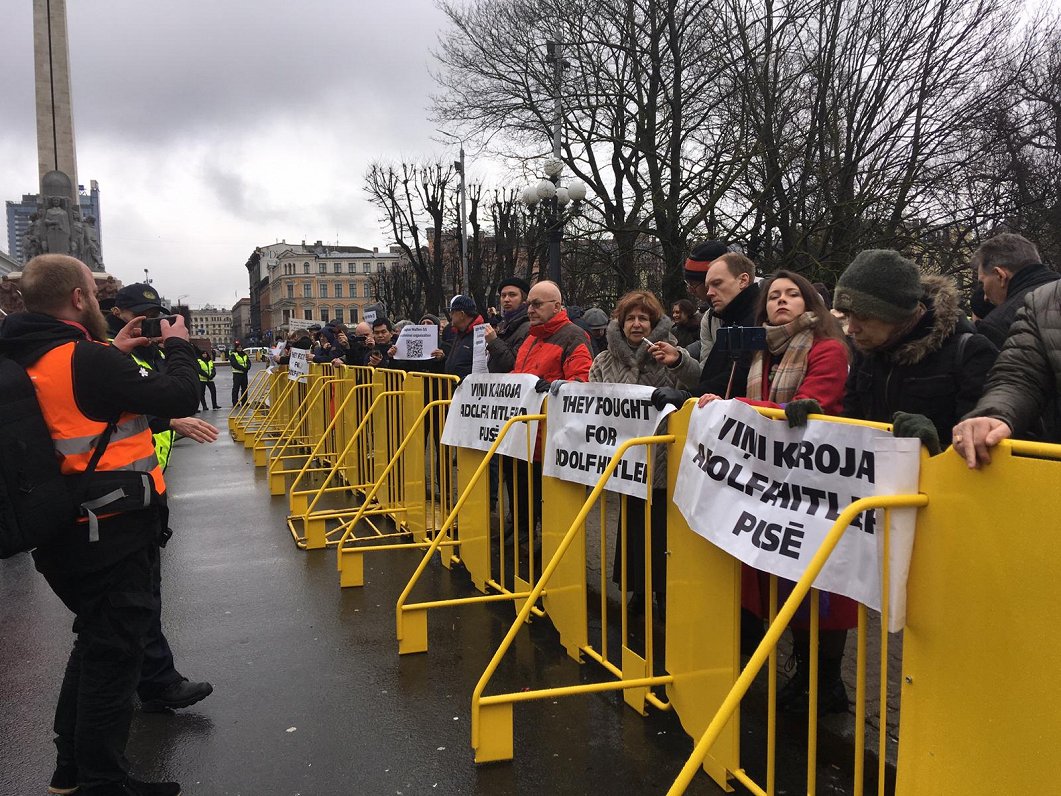 A less controversial commemoration of those who fought in the Latvian Legion also takes place on March 16 at the regimental cemetery in Lestene.

The Latvian government's official position on the March 16 events are available at the website of the Ministry of Foreign Affairs and says:

You can learn more about the March 16 events to gain the full background from various other sources, too. The Support Foundation of the Pocket Books on Latvia’s History has produced a PDF, not funded by any particular organization or individual but put together on a collaborative basis by historians and academics Inesis Feldmanis, Ainārs Lerhis, Rinalds Gulbis and Kārlis Kangeris.

Latvian military and defense news portal sargs.lv published an article by Jānis Tomaševskis, Head of World War II History Department of the Latvian War Museum explaining some of the controversial aspects of the Latvian Legion's history.

Finally this audio feature we produced a few years ago gives a flavor of some of the different opinions on the streets on a typical March 16.