Survey: half of Latvia's population would pay more for local products

A survey conducted by Baltic International Bank (BIB) shows that half of the population of Latvia would be ready to purchase essential food from local producers for a slightly higher price, Latvian Radio reported August 31.

According to the report published August 13 by BIB, in order to support the development of Latvian businesses, 50% of the respondents would be prepared to swap imported essential food products, such as bread, dairy products, eggs, meat and fish for local products given they would cost slightly more.

The second most popular response, chosen by 40% of the population, was “snacks, chocolates, biscuits.” Alcoholic and non-alcoholic beverages are ranked third, indicated by 23% of respondents. 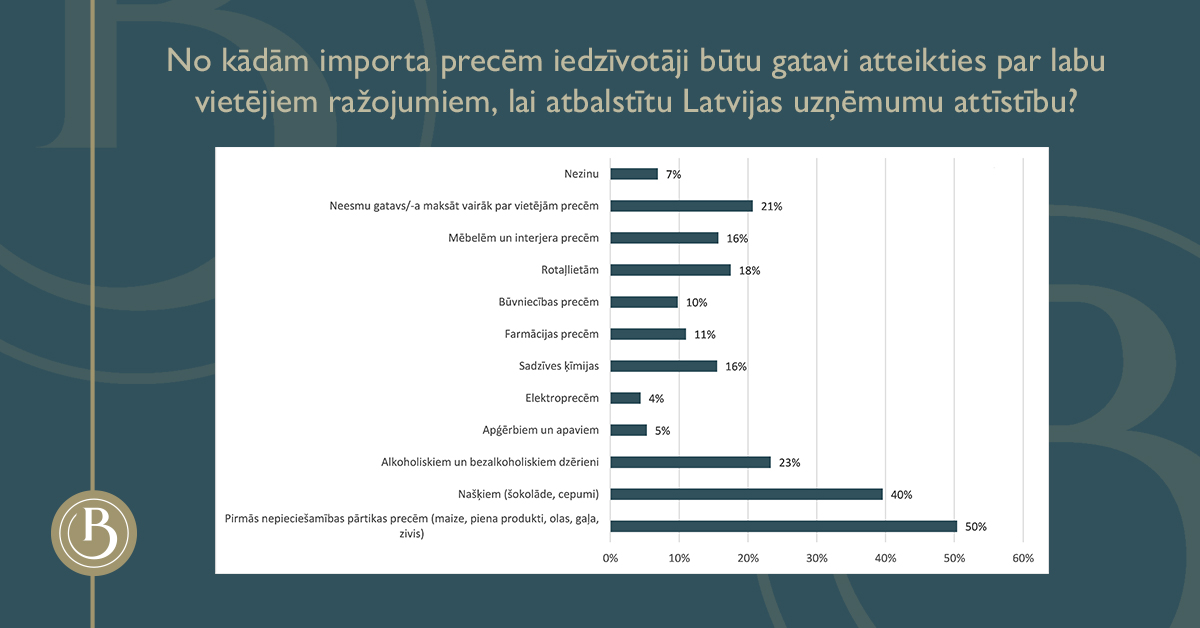 “Unfortunately, the market is relatively small and many producers who have not yet found a sales market outside Latvia are afraid to risk producing high-quality products in larger volumes,” adding that more support on the part of the country would be needed.

According to Danusēvičs, the state should mainly help small producers to maintain their place in food stores or to raise the quality of their products.

The survey of by Baltic International Bank was conducted by the research company Norstat in early August 2021. More than a thousand inhabitants of Latvia aged 18 to 74 participated.