august 21, 2019, 12:14
Food & Drink
Authors: eng.lsm.lv (Latvian Public Broadcasting)
This recipe is taken from "Īsakūd Latgolā", a program on Latvian Television exploring the culinary delights of the Latgale region in Latvia. Today's recipe comes under the peculiar name of "guļbešņīki", which derives from "guļbi", Latgalian for "potatoes".

a handful of green onions and dill

1. Put the potatoes, egg, flour into a boil and knead until the dough is no longer sticky.

2. Cut the meat and the cheese into strips

3. Roll out the dough and cut into small pieces. Shape each piece into a patty. Place a strip of meat and cheese into each patty and fold it. Roll them in your hands and flour and fry until golden. 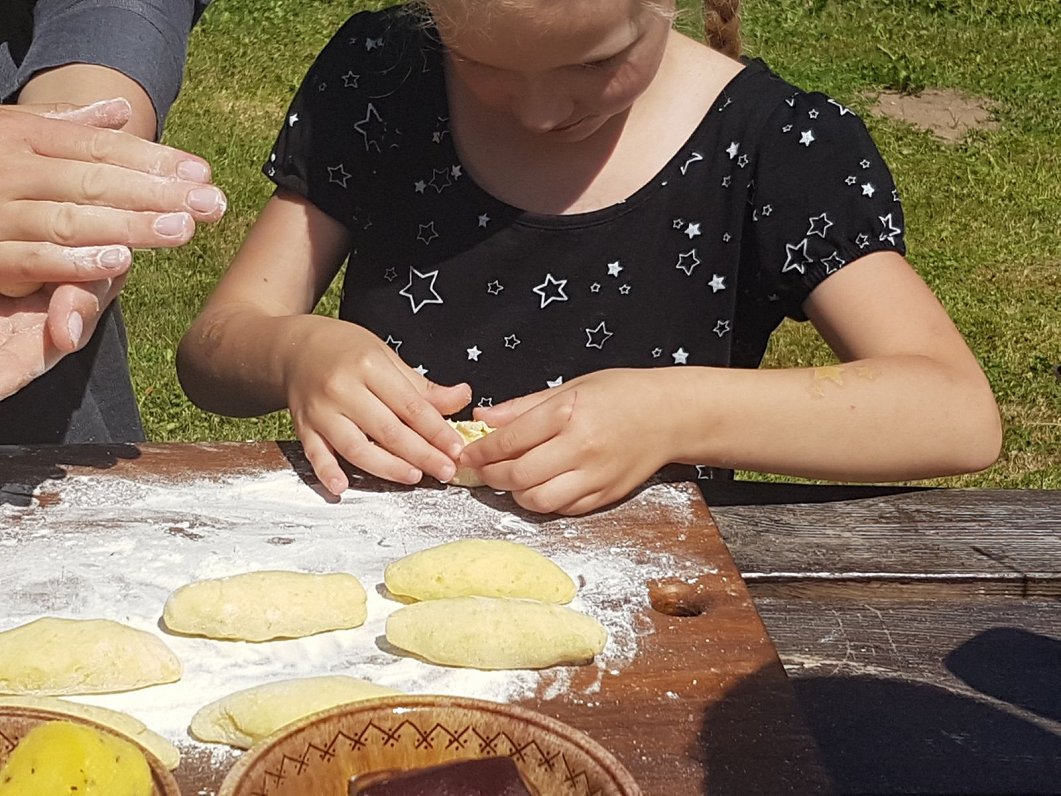 4. Now the sauce. Cook the mushrooms in a pan until soft and dark. Add the onions, greens and cream. Add salt and pepper to taste.

5. Serve the “guļbešņīki” with the mushroom sauce.