1991 barricades by the Cabinet of Ministers
Photo: Boriss Koļesņikovs / A.F.I.

Five stories from the 1991 Rīga barricades

january 20, 13:06
History
Authors: eng.lsm.lv (Latvian Public Broadcasting), Latvijas Radio Ziņu dienests
When thousands of people came together in 1991 to protect the newly independent Republic of Latvia from the Soviet forces some people spent a short time at the barricades, and some stayed a month. LSM.lv interviewed five patriotic participants.

In January 1991 people flowed into the capitals of the Baltic states and erected makeshift barricades around strategic locations like the parliament and the national radio to protect them against Soviet troops that wanted to crush the Baltic nations' independence drive. At one point, around 700,000 demonstrators had gathered on the streets of Rīga in a remarkable show of solidarity characteristic of the times of change.

Seven people lost their lives during the barricades, most of them on January 20 – the darkest day of the month-long struggle. As is now traditional, barricade fires and candles are lit commemorating the time and the people who died during the events. Flowers are also laid by the Freedom Monument, at Barricades square, the Meža cemetery, as well as by the former Interior Ministry building where the most brutal of the attacks by the Soviet special forces was carried out.

"The Soviet system is totally rotten from the roots to the ends – only lies and cheating, it can't continue" said Kalada.

He was one of the people sent to deal with the fallout from the Chernobyl nuclear disaster. He was lied to, saying that they were headed for a 45-day training. "That's why we participated in the Baltic Way and the barricades." He felt that he was going to have his own country.

At the age of 35 he took a tractor with a snow plow from the "Uzvara" (“Victory”) commune and headed to Zaķusala to defend the television center. Barricades were erected from cement blocks. He remembers that they played football on the black frost in an attempt to keep warm, while at night bullets whistled through the air. In the morning he would find out who was dead or injured. Kalada went home every few days, but spent a month in total at he barricades. "It was like army training – go to a field, build a tent, chop wood, make food right there... And then suddenly normal life," said Kalada. "As I'm tearing, tearing the accordion, eyes closed, I finally feel - the accordion is getting super light. From the crazy playing, from the yearning for Latvian independence I had simply ripped open the bellows. The bass was left in one hand, the keys in the other,” said Trambickis.

The “Kantoris 04” (“Office 04”) musician and Valmiera Cultural Center employee headed to the barricades at 35 with other musicians and cultural workers. They all brought their instruments. And Trambickis got so carried away playing with the “Rīga” brass band that he accidentally broke his instrument. "I was aware that if there were a shootout, we would be in the middle," said Ģipters.

The commune worker headed to Rīga to join the barricades with his friends at the age of 30. His group was the first line of defense at the television tower, while police were located inside the tower. “Jānis Pabērzs and I ended up on duty the night that there were shootouts at other locations. They weren't far from us, but we couldn't hear the shooting,” said Ģipters. “No one really knew what was happening, so everyone waited to see what would happen. There was an elated mood in the air and feeling of togetherness. Campfires burned all around. There were a lot of people, not only from the Ludza area,” said Policāne.

As the local council chair, 51 year old Policāne took it upon herself to help organize transport to the capital city, which was 300 kilometers away. “At that time you needed transport to get to Rīga, so I organized a bus. The boys took the bus, but my son and I took the train the next day. Everyone from Cibla was at Zaķusala. My son and I went there,” said Policāne.

“Those who went were all patriots. We were the ones who joined the National Guard. In general those people were enthusiasts. There were many from the Popular Front who knew what's going on, that Latvia is in danger. That's why our boys came together and decided to go to Rīga, to the barricades. My oldest son Artūrs, a 12th grade student at the time, also went,” said Policāne. 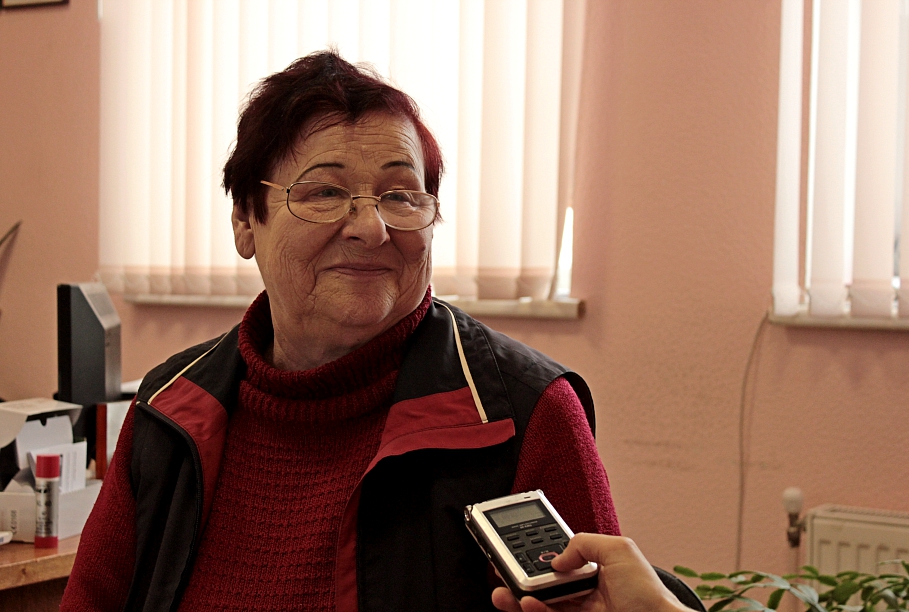 “We walked all over Old Rīga, along the Cabinet of Ministers and passed out these newspapers. We met people from all of Latvia. I don't want to say that no one was scared, but there was a great feeling of togetherness,” said Skujiņš.

During the time of the barricades the group “Credo” was on a bit of a hiatus. With Valērijs Liepa and Uldis Veits the musician met the “Atmoda” (“Awakening”) newspaper main editor Elita Veidmane, who handed them stacks of newspapers. “Latvia is the best place to live,” said Skujiņš. According to the State Chancellery of Latvia, in 1990, the popular movements of the Baltic States won national parliamentary elections, gaining a convincing majority. The Popular Front also won the elections of March-April 1990. It allowed for the adoption of the Declaration of Independence of 4 May 1990 with the support of more than two-thirds of MPs.

The USSR’s central authority did not recognize the Declaration of Independence, the President of the USSR, Mikhail Gorbachev signed a decree on illegality of the Declarations of Independence of the Baltic States on 14 May 1990. The next day, the opponents of Latvia's independence attempted to seize the building of the Parliament by force.

Notwithstanding Gorbachev's promises not to use violent methods to change power in the Baltics, Lithuania and Latvia, in January 1991, the USSR army and the interior structures attacked local authorities and strategic sites. In Latvia, the situation escalated, reaching its peak on 14-20 January when periodic attacks against the Latvian authorities by the USSR’s special forces took place.

Active involvement of the society by blocking access to the public administration institutions and objects of national significance broke the attempt to overthrow the legitimate power. The barricades guarded by unarmed civilians were quickly created around the objects of national importance. Citizens from all over Latvia involved in the creation of barricades, and the representatives of rural areas came to the forefront with the heavy agriculture machines, logging etc. machinery.

The broad public involvement (40-50 thousand people) prevented the most serious attempt of that time to overthrow the legally elected government. Despite the fact that the international community’s attention was focused on the war in Kuwait and Iraq, Western countries clearly warned the leadership of the USSR that the violence in the Baltic States would greatly complicate the international position of the USSR. The USSR recognized the independence of the Baltic States only when it actually collapsed after the August 1991 putsch in Moscow.