march 7, 2019, 16:16
Business
Authors: eng.lsm.lv (Latvian Public Broadcasting)
The huge "Akropole" shopping center in Rīga's Ķengarags suburb has been finished and accepted into service by the local construction board, the center's representatives told the press March 7.

With a shopping area of some 98,000 square meters and the total territory at almost 16 hectares, Akropole was built after the Kuzņecovs porcelain and faience factory was demolished in 2010.

About €180m has been invested into the shopping center and transport infrastructure in its vicinity after construction was started in May 2017.

Among other things, there's an office building, ice arena and cinema complex, a bowling hall, restaurants and entertainment area for kids on Akropole's territory.

The shopping mall is part of Akropolis Group - a Lithuanian company that runs a number of large shopping malls in Lithuania, Latvia, Estonia and Bulgaria.

The company is the developer of the Akropolis shopping and recreation center in Kaunas, which in 2008 was acquired by a German investment fund. 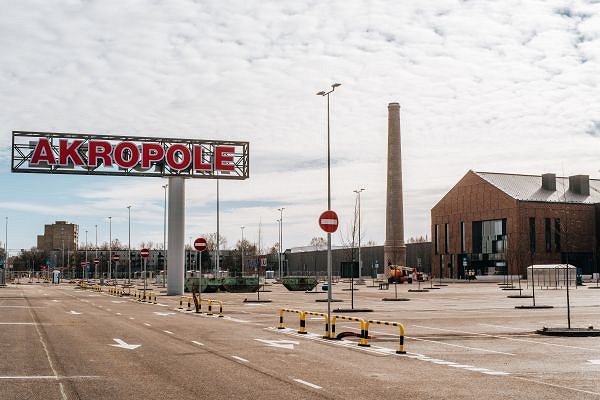