On the road with Latvian exporters: PharmIdea

november 27, 2018, 8:41
Business
Authors: Mike Collier (eng.lsm.lv chief editor )
I am intrigued to find out why molecular biologist Vitalijs Skrīvelis has chosen to meet me at Zilaiskalns. It is certainly a special place, a hill that rises from the flat fields and forests of north Vidzeme that is rich in legend and folklore, but not perhaps what you would expect from someone of a scientific mindset.

On the road with PharmIdea

If I knew what a geopathogenic zone was, I would be impressed, even if I am a little bit offended by the put-down of Stonehenge. I am English, after all.

Vitalijs pulls up in his car, having experienced some satellite navigation problems (apparently a common occurrence near mystical Zilaiskalns). He expresses some reservations about whether we should walk right to the top of the hill as according to a weather forecast, a large storm is due to hit at any moment. It's true that I have heard a few booms in the distance but I assumed they were army exercises or trees being felled. The sun is shining. It is a lovely evening.

"Oh, you shouldn't trust science!" I joke, deciding to get into into the mystical mood of the place. And so we set out for the summit, with Vitalijs telling me about his company, PharmIdea, along the way.

"To make a small manufacturing company in Latvia means you will be in global competition," he says. "Whether it's Czechs, Spanish, Canadians, South Africans, Vietnamese, you need a force to build up the business. And Zilaiskalns I think is the place where we Latvians take strength and power. It's a good place for creativity and innovation, bringing you to unusual feelings and situations. You need that in all businesses, even pharmaceuticals.

"You try for one hundred percent certainty of information. You evaluate the market, you look at availability of specific raw materials, you try to predict the price of the product when generic competition starts – because we are in the generic, after-patent market – and it's good if you get fifty percent of all the information you need. But the next fifty percent is intuition."

This does not sound very scientific to me. In fact it sounds more like the legends about "Zilakalna Marta," a local woman who developed a reputation as a folk healer here in the middle of the last century.

"Choosing which product to develop is an intuitive process. Globally there are approximately 10,000 different drugs or pharmaceuticals. We are a small company globally with 5.5 million euros turnover last year and 70 emplolyees. We're growing each year, we deliver to 30 markets already, but brave decisions come from a belief that we can do things. You have to choose the right products. We decided to go for the injectables niche because as a Latvian company you cannot compete on scale with a country like China. You have to find a niche and become really good in that niche," continues Vitalijs.

Another ten markets are currently being negotiated, including talks with China, plus countries in the Middle East after PharmIdea passed an inspection from Saudi Arabia. Another inspection from Russia was also successfully negotiated and South America offers several new opportunities.

While being a manufacturer of generic pharmaceuticals means PharmIdea does not have to do the incredibly expensive and protracted clinical trials required before a drug is allowed onto the market, it still needs to meet rigorous standards.

"We have to prove that our product is chemically identical to the original product. The patent describes the formula, but nobody describes their manufacturing process, so that's what we have to invent or discover," says Vitalijs.

After a 16-year career with the well-known Grindex pharma company, Vitalijs decided to strike out on his own, founding PharmIdea in 2005 with a staff of just four people.

"I felt like Christopher Columbus. I said 'I need something new'. Latvia's injectable plants from the Soviet era had closed, but when I looked at the market I saw that tablets and capsules dominated 90 percent of the market. Injectables were already a niche. Then I chose niches within the injectibles niche, namely anti-cancer drugs, hospital gynaecology and drugs for emergency units."

The first product was Zoledonic acid, used to treat bone metastases and ordered from Germany. The portfolio has now expanded to include Dexmedetomidine, a mild sedative; Bortezomib, a powder injected in solution for treatment of multiple myeloma; Carbetosin, which helps prevent haemorrhage after Caesarean section and Atosiban, used to delay premature births. Several other products are in develpment including Sugammadex, which is used to bring patients out of anaesthesia. 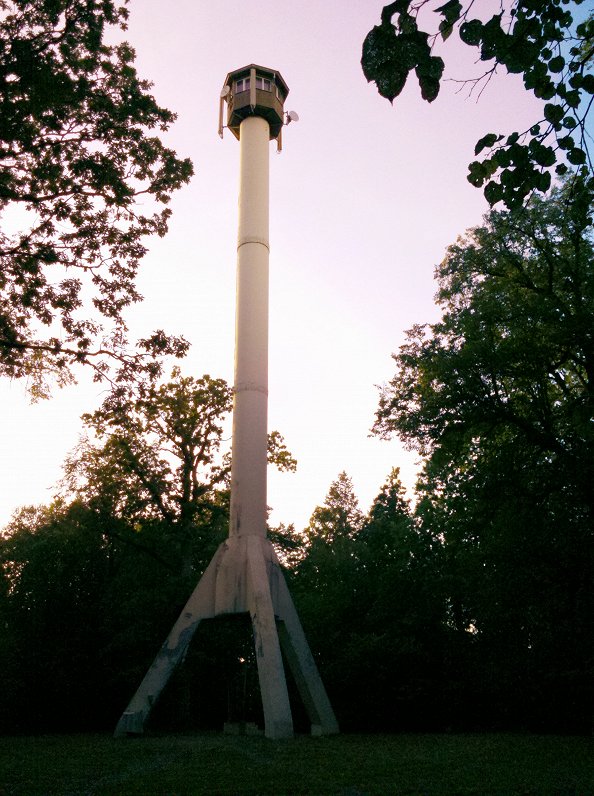 We reach the top of Zilaiskalns, where we are greeted by the aforementioned mystical circles laid on the ground in gravel and a massive, staggeringly ugly Soviet-era watchtower which bears an uncanny resemblance to a syringe pointing heavenwards, as if it wanted to give an intravenous injection to a few clouds which are starting to gather.

And then, right when Vitalijs says the word "booming" there is a rumble of thunder – no longer from far away. You can hear it on the tape if you doubt me. Within seconds the sun disappears, the sky blackens, yellow leaves tumble from the birch trees as a strong wind pushes them in all directions. It feels like lightning could strike at any moment. Probably not the best time to be standing on top of a hill right next to a giant needle.

"...then the crash came. It was tough. We came through with difficulty, but we came through and in 2014 we decided to open a second line. The great thing about injectables is that they are in your system instantly," he says with a click of the fingers that makes me jump.

We start to walk back down the hill with the storm's arrival imminent.

"If we're talking about Zilaiskalns, this place also means tradition. That means repeating procedures, doing things regularly every year. That's the case with pharmaceuticals as well," says Vitalijs, "I'd like to have a company of 80 or 90 people where I know everyone by name."

"You know the name Zilaiskalns officially means "Blue mountain"? But there is another explanation which I prefer – that it comes from the Lithuanian word 'Sila' which means 'power coming from knowledge'. I like this explanation a lot."

We are back at the car park. We shake hands and Vitalijs drives away, his satellite navigation fully functional again.

But it feels as if, even though my 30 interviews for this book are finally over, I have some unfinished business. I take a walk through the forest. The storm has disappeared as quickly as it threatened to arrive. In the distance I can still hear occasional booms of thunder. Evening sun shines through the trees, casting long shadows and occasionally picking out a patch of mushrooms. It does feel like a magical and typically Latvian place.

Eventually, without planning to, I find myself back at the summit of Zilaiskalns. I look around. There is no-one to witness what I do next. I stand in the middle of the circles, at the intersection of the four geopathic zones, and one by one, methodically and carefully I walk the gravel labyrinth of the energy circles, going clockwise around the top of the hill until I end up where I started. It feels like a good way to finish – even if I cannot explain exactly why. 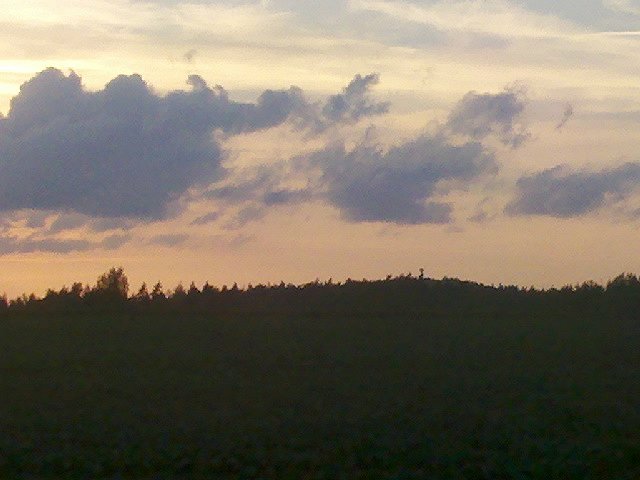