august 7, 12:59
Economy
Authors: eng.lsm.lv (Latvian Public Broadcasting)
In response to a request by Central Statistical Bureau (CSB), the municipality of Valmiera has determined the territorial division of the city and is the second Latvian municipality after Riga which has published the borders of neighborhoods or inner-city areas, said the CSB August 7.

Valmiera has 27 neighborhoods, three of them uninhabited – Gauja, Industrial Park and Pauku Priedes. In terms of population, the Center is the largest (3 591 inhabitants at the beginning of 2020), Burkānciems (2 537) and Pārgauja (2 430).

Of the 21 neighbourhoods with more than 50 inhabitants, since 2000, the population has increased only in two, Šķesteri and Zvirgzdukalns. 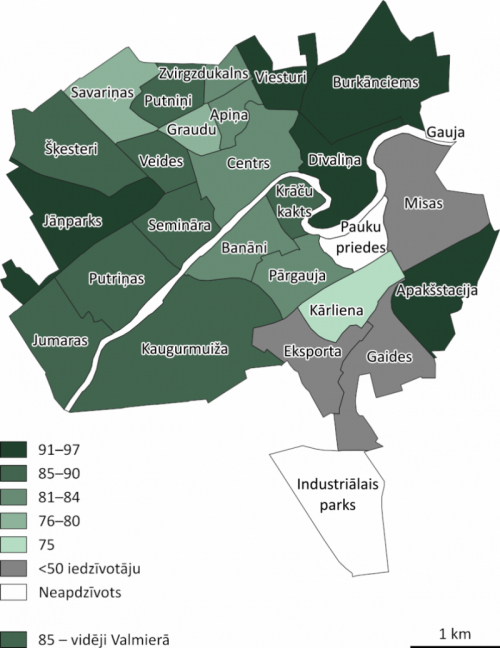 In future, the population statistics of the neighborhoods of Valmiera will be supplemented annually. Such experimental statistics can be used by municipalities and territory planning specialists, as well as by researchers, students and other data users. The CSB encourages other large cities to determine the division of the inner city.