august 11, 10:14
Transport
Authors: Aija Kinca (LTV Ziņu dienesta korespondente), eng.lsm.lv (Latvian Public Broadcasting)
From Friday, August 14, a driverless bus will start running on Jelgava Post Island (Pasta sala), which will take people the fairly short distance from the tea house to the swimming spot and back. The software allows it to move on its own, without a driver, but due to the law and safety provisions, an operator with a control panel will still be in one of the 12 places, ready to intervene if necessary.

The route around Post Island takes five minutes and while the bus can develop a top speed of up to 40 kilometers per hour, it is programmed not to exceed 20 kilometers per hour. As soon as there is the slightest obstacle on the road, one of the sixteen sensors picks it up and the bus brakes. So far the bus has been trialled successfully without accidents. It is electrically-powered and is charged overnight. 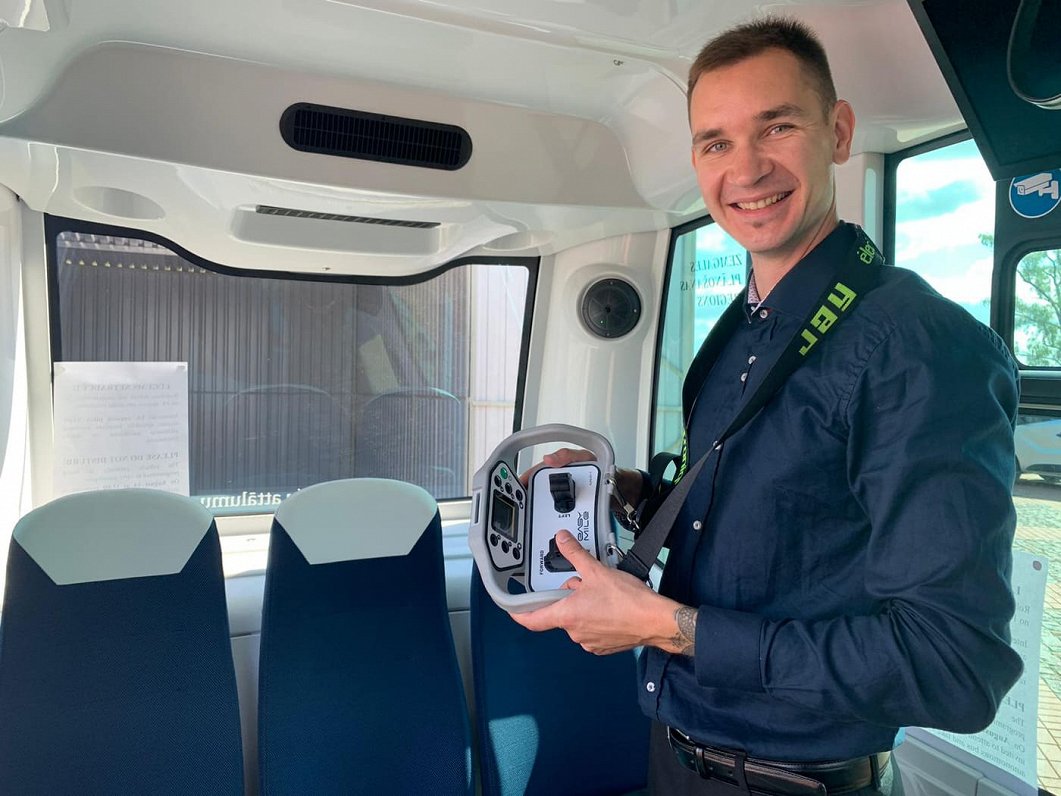 "Other vehicles can endanger it, accidents can happen. The bus only does what its program allows. So we have to introduce it into traffic slowly. That way people can understand how they work and what to do to avoid an accident," says Jonny Haugen, project engineer with Norwegian company Applied Autonomy, the company responsible for the bus.

People are asked not to test out the unmanned vehicle unnecessarily by, for example, standing in its way to find out if it really will brake.

"People tend to worry that it won't stop on time. But it always stops. And when people sit down and start a journey, they are also surprised by the speed," says Haugen.

Latvian legislation prohibits such unmanned aerial vehicles from driving on public roads. Therefore, there will also be a qualified driver on board. The bus also has wheelchair access.

"The sensation is very interesting. I'm used to a steering wheel and pedals, but here is a joystick... I'm quite excited. I hope this technology will be used in the near future and I will be able to apply my knowledge," says Ivars Japiņš of the company TT Transcom bus company. 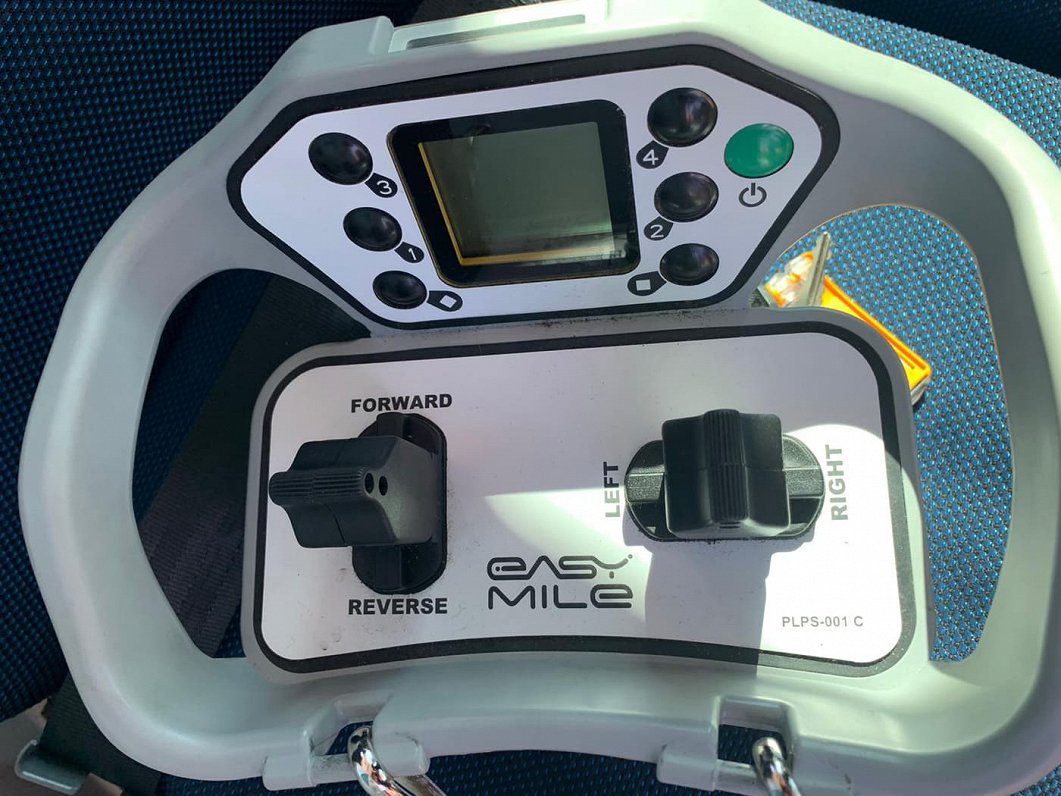 Representatives of the Zemgale planning region, who are implementing this project, believe that for the time being it will not be possible to run such cars on city streets.

"There is a lot of work to be done in Latvia, first of all, in the field of legislation, neither the society nor the infrastructure is ready for such things," says project manager Raitis Madžulis.

After a two week service in Jelgava on the Post Island, the bus is expected to travel to the town of Aizkraukle where it will operate a route taking people to the history and art museum.

According to Haugen, this is only the beginning of autonomous vehicles in Latvia and that in future they could be used to reduce traffic congestion. "In Norway we have another project with a mobile phone app. We can order this bus to a specific point and it takes you to where you want, like a taxi," says Haugen.

The project is mostly financed by the European Union, with the Latvian side providing 15% co-financing. The total cost is over 100,000 euros.

Members of the public are also being asked not to squeeze on board during the time of COVID-19. With just 12 places available, it is difficult to maintain a distance of two meters inside, so it is recommended that single family groups travel together.

Details of the bus route can be found on the municipal website jelgava.lv. 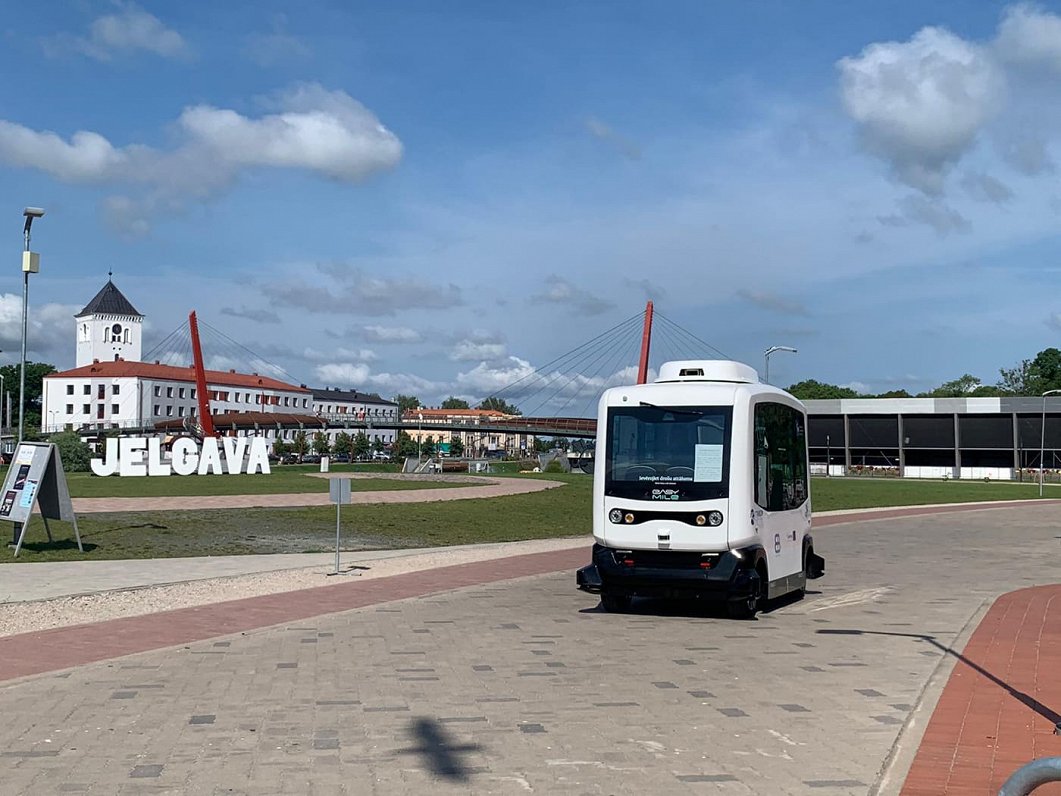