For Latvian ports, 2022 began with growth in the amount of transhipped cargo at 3.7 million tonnes, 100 tonnes or 2.8% more than in January of 2021, the Transport Ministry said in a release February 17. 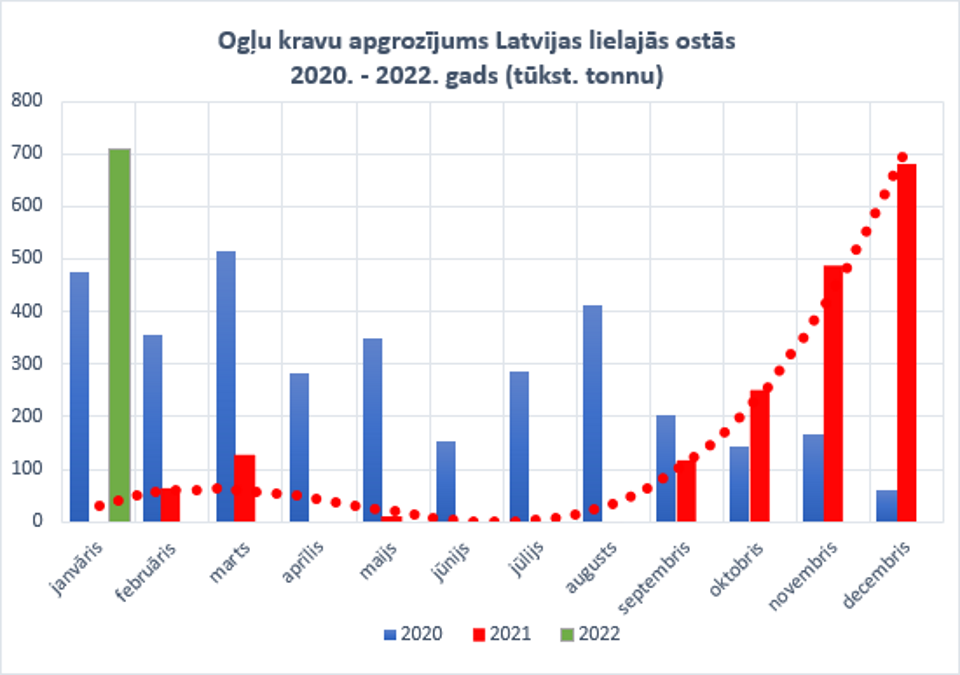 The Ministry noted growth trends in the general cargo segment, container cargo, and ferry traffic. 342.5 thousand tonnes of container cargo were transhipped in ports in January, which is 0.8% more than in January last year.