Round 2 of the Salu bridge complex reconstruction is due to take place between April 14 and July 17, and traffic changes will be in place, the Rīga City Council Transport Department said April 13. 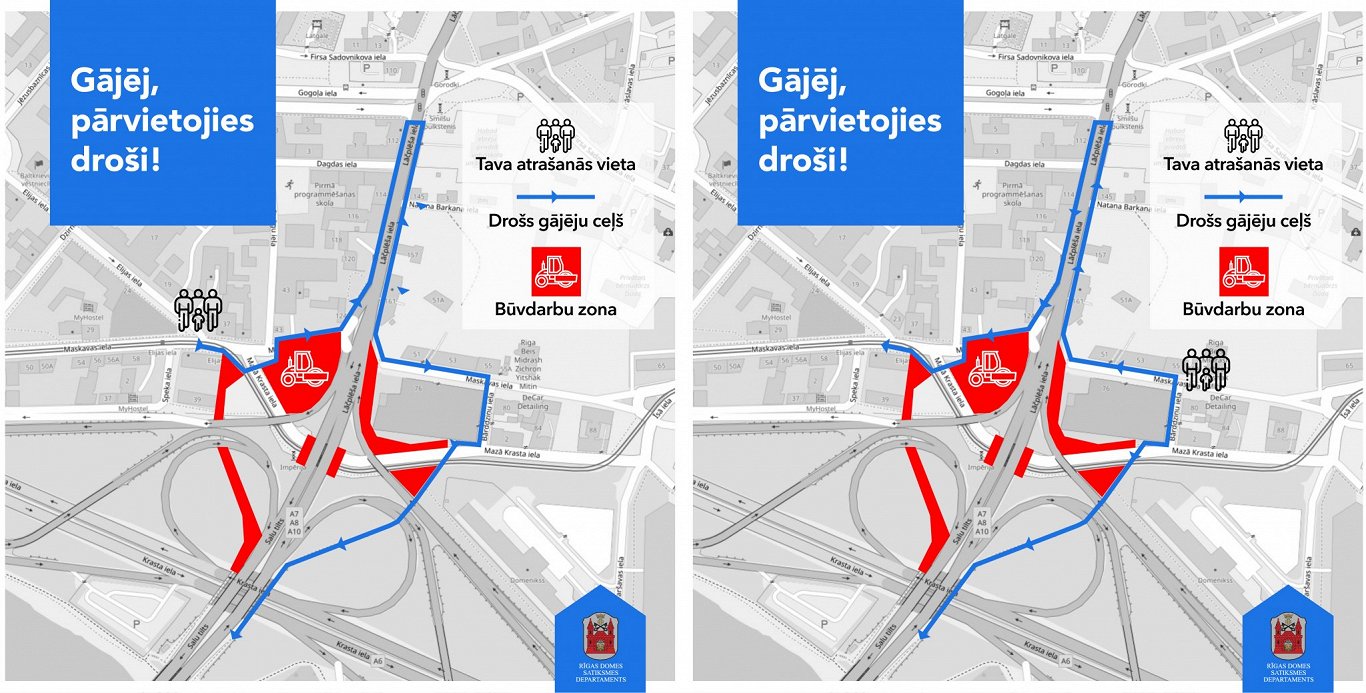 The department calls on vehicle drivers and pedestrians to be understanding and to follow closely changes to the traffic organization.