Things of Latvia: A colourful pole

One hundred and twenty five kilometers from Riga on the Vidzeme highway, just before the turning for the town of Smiltene is the little 'Jautrais ods' ('Merry mosquito') cafe. The food there is good, fresh and cheap.

In the cafe car park is an information board displaying the various tourist attractions of the surrounding area. This contains many of the usual things one sees on such boards in Latvia: manor houses, guest houses, parks, nature trails and places to swim, ride horses or camp. Each comes with a brief description.

Among this list is one attraction that immediately arrests the attention for the simple reason that it lacks any supplementary information at all. "Colourful pole" GPS [X: 617279, Y:6353993] is all it is willing to reveal. An accompanying map shows the location of said "Colourful pole" to be in remote forest about 9 kilometers south of where you are standing. It is irresistible. 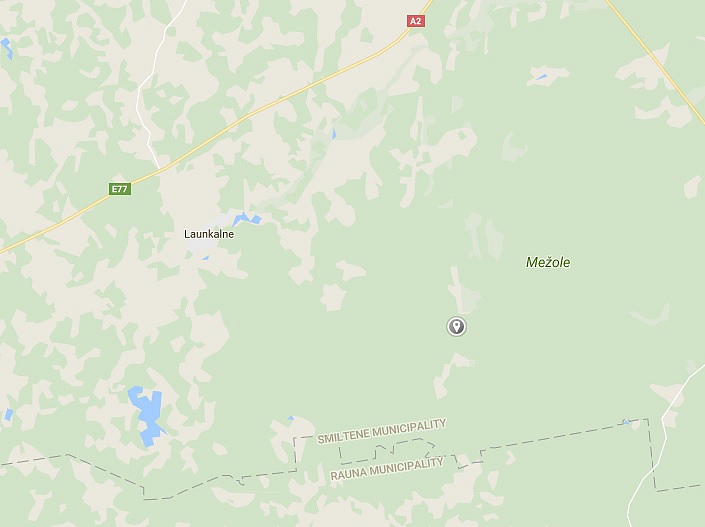 During the journey from the cafe in the direction of the "Colourful pole" (We shall stick with the UK spelling on the info board) , the mind conjures up all sorts of images of what a "colourful pole" might be. If the information board is to be taken at face value, it will be a pole of some sort, colourful in character and worthy of being recorded on a map of regional tourist attractions.

Banishing the cheap pun that suggests it might be no more than a flamboyant visitor from Warsaw, a natural assumption would be that it is a maypole bedecked with ribbons, around which local maidens frolic during springtime. This idyllic vision becomes a little more sinister as the forest thickens and darkens, and you remember the map showed that the road actually ends at the very location of the "Colourful pole". Thoughts turn to The Wicker Man and the fact you didn't tell anyone where you were going or what time you expected to return.

Yet perhaps this "Colourful pole" is a soaring antenna that flashes an iridescent bronze in the rays of the setting sun and can be seen for many a mile? Or a large-scale art installation by a reclusive genius who lives somewhere nearby in a remote woodland studio? A relic of the Soviet era, part of an abandoned array from their nuclear warning system? Excitement mounts as you see the roadsign telling you of the imminent disappearance of the asphalted surface. The "Colourful pole" must be somewhere hereabouts, peering over the tops of the lofty trees! How tall? How thick? Above all, how colourful?

There to your left, standing somewhat sheepishly in the shadows is what - in the absence of any other candidates - must be the "Colourful pole."

As regards its make-or-break claim to be "colourful", that is perhaps legally accurate but fans of colours other than red, white and black (two of which pedants might not consider to be true colours) may be disappointed by the restricted range of hues on offer. The first thing that springs to mind is a barber's pole.

Providing some solace for the less-than-spectacular initial impression made by the pole, it does at least offer up some consolatory information in the form of distances to two highways and two places of human habitation you're probably not particularly interested in visiting unless you live there - in which case you already know the way and how far it is.

Yet around the Colourful pole's base are neatly tended flowers. There's a tiny wooden bridge to lift you over what might become a tiny puddle on a wet day which allows you to inspect the Colourful pole up close. It looks exactly as it does from far away i.e. a signpost.

However, retracing one's steps and taking stock of the Colourful pole a final time, it suddenly makes sense. There is no gift shop, no admission fee, no coach party sniffing through the grass verge, no electronic shutter click and no Instagram filter being applied. The information board 9 kilometers to the north told you to expect a "Colourful pole". You are looking at a Colourful pole; a neat, tidy little signpost where the road runs out, with forest all around, wild strawberries for the picking, birds having dust-baths in three tracks to nowhere and the quietness that comes from being a long way from the highway. 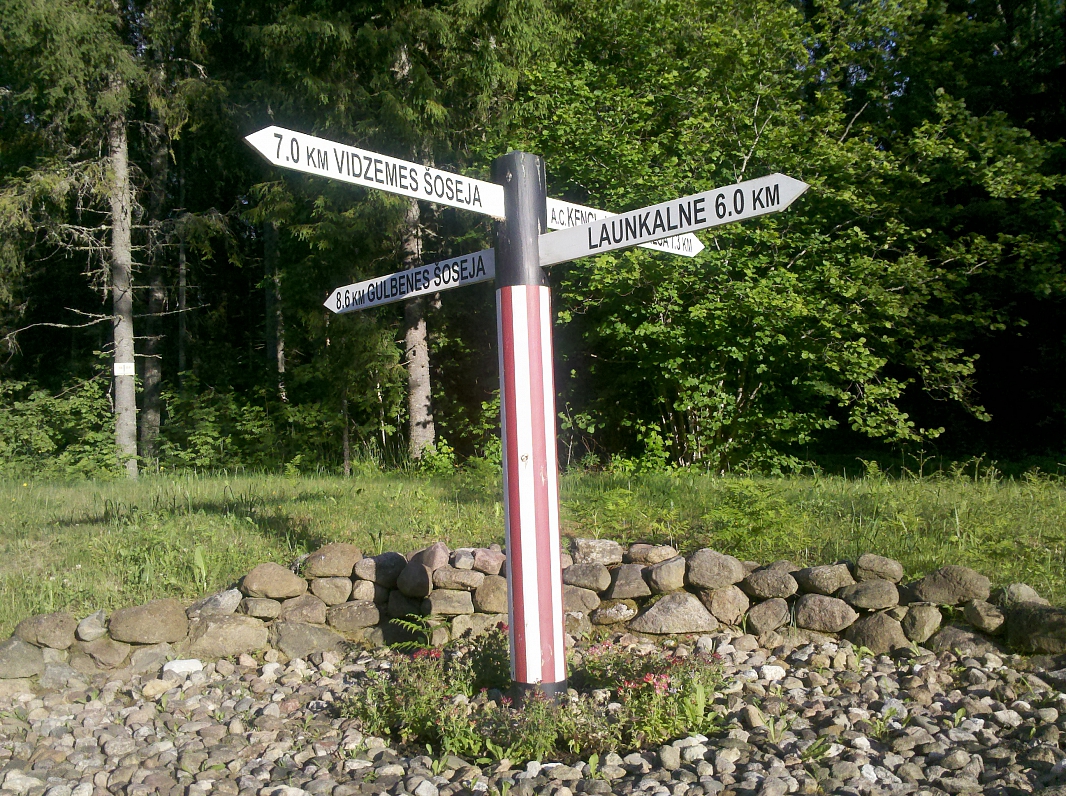