Ušakovs pointed out that sanctions have never in modern-day history brought positive results or helped resolve conflict situations. It was a “nightmarish idea to think that the Russian people would rise up to throw Vladimir Putin out of power just from imposing a few sanctions,” he said.

Moreover, as Latvia is one of the states that will suffer most from Russia’s response of reciprocal sanctions, despite also being one of the foremost proponents of punitive trade barriers, Ušakovs said he sees no other way to resolve the Ukraine crisis than through diplomatic talks.

The mayor said that Latvia’s government cannot do much to help the national economy’s sectors affected by Russia’s food imports embargo. He suggested lowering value-added tax on food products, or - if the EU won’t help the Baltic states through the crisis - Latvia will have to think about protectionist policies to support domestic enterprise.

Ušakovs predicted a more dramatic crisis if Russia continues to expand its countervailing sanctions. He ironically suggested that Latvian Railways (LDz) might as well dismantle its tracks for scrap metal if the sanction effects spread to hit the rail transport sector while the government stands by helplessly.

He added, also ironically, that he soon plans to travel to Russia in a bid to persuade supermarkets to retain special promotional stands designed to promote Riga produce, despite the sanctions.

He would “go and plead for them to keep our stands open so that, when this war is over, there’s a place to return to,” Ušakovs said, warning that if the promotional stands disappear now, a return to Moscow’s major shopping centers would be impossible. 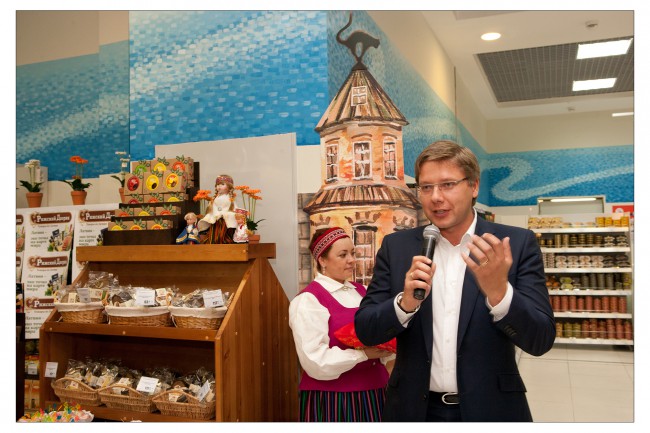