Although social justice was the stated intent of the protest, most of the placards on show were familiar ones from earlier protests about the reform of Russian schools.

Notably, the leaders of the process also donned yellow and other high-visibility vests, aping the sartorial trend of protesters against fuel price rises in Paris and, more recently, supporters of the Brexit process outside the Houses of Parliament in London.

The protest was peaceful as police kept a watchful eye.

In pre-publicity, LKS again tried to draw parallels with protests in France.

"The experience of protest movements in France and other European countries shows how much an angry nation can achieve. Rigans have even more reason to be dissatisfied than the Parisian population. So get the courage and say it publicly!" said the LKS. 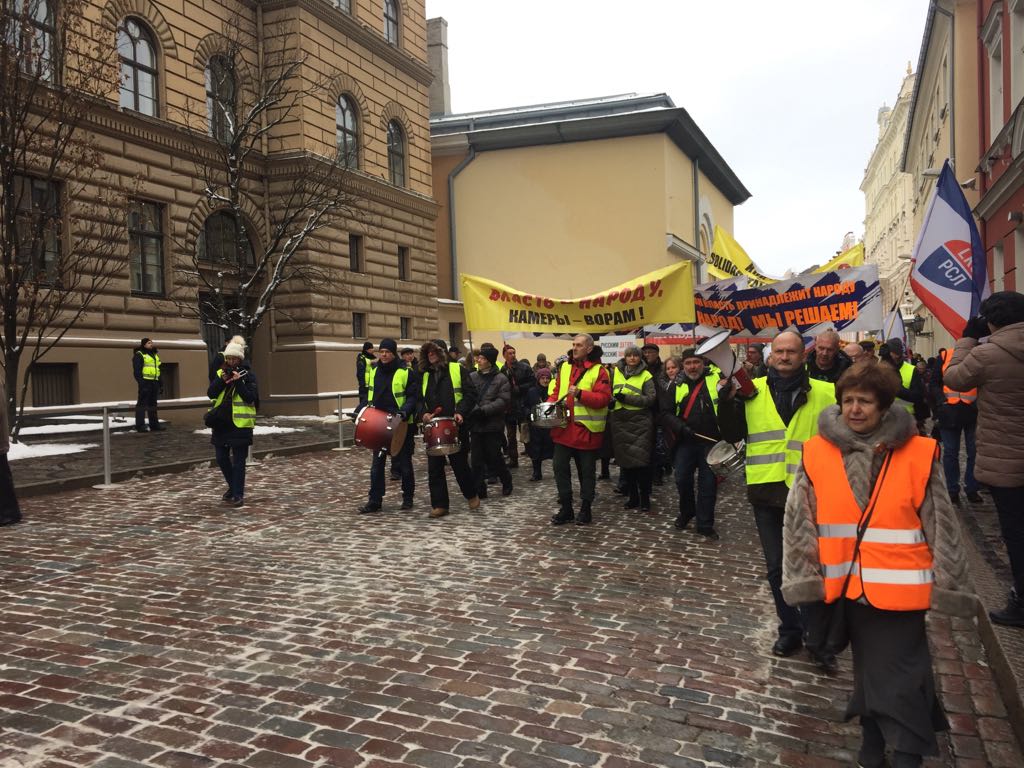