President Levits: Too many of us are drowning

july 17, 17:45
President
Authors: eng.lsm.lv (Latvian Public Broadcasting)
Latvian President Egils Levits attended a water safety workshop for children July 17, using the opportunity to call for greater awareness of the dangers associated with water. Dozens of lives are lost each year in Latvia's lakes, rivers and sea, most of them clearly preventable.

At present, Latvia ranks among the top two in the European Union in terms of the number of fatalities on the water per head of population, as reported by LSM last year.

Levits met with Zane Gemze, the founder of the Swim Safely Association, and Aivars Platonovs, President of the Latvian Swimming Federation, to discuss the problem on Ikšķile beach with the aim to draw the attention of various responsible institutions and also wider society to the need for a change in attitudes and behavior.

After the meeting, President Levits said: “Too many people die in the water due to their thoughtlessness and carelessness, and we must not allow that. I also call on all schools, municipalities and ministries to ensure that children learn to swim at school. It is extremely important to understand what safe swimming means from an early age.” 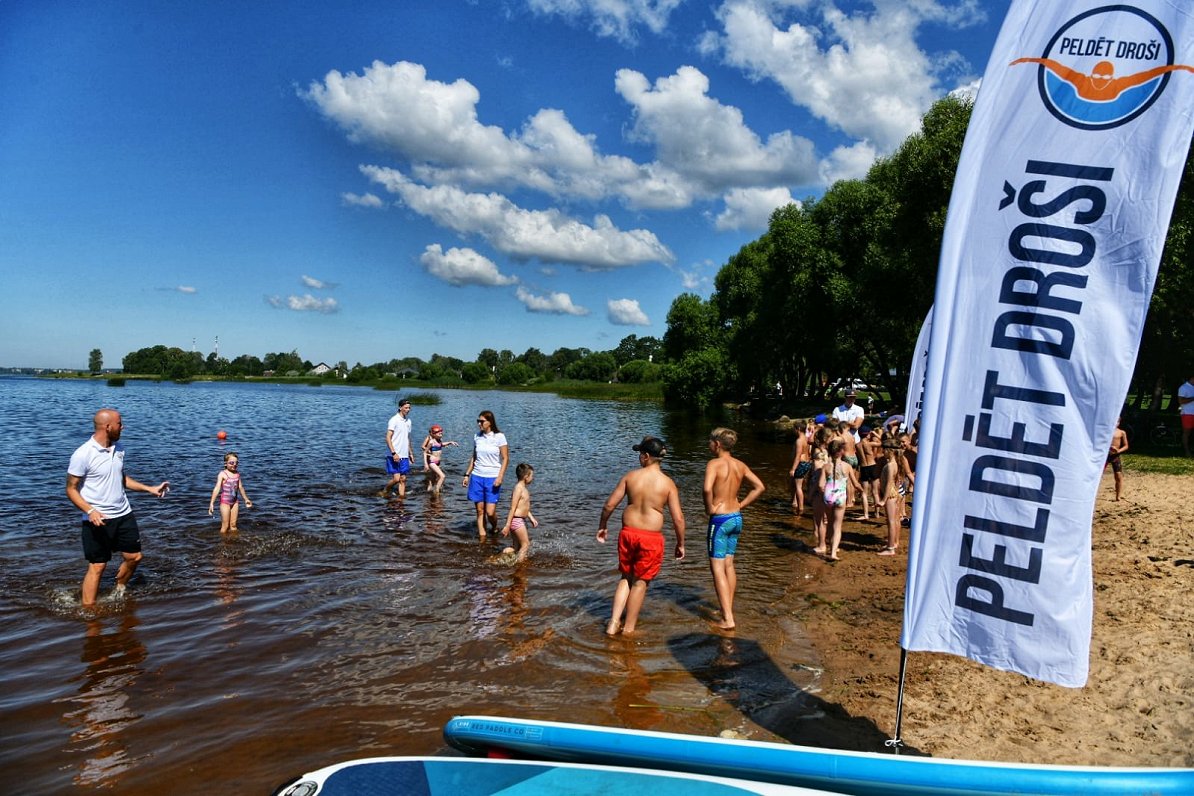 The President also specifically addressed families, calling for them to look out for each other: “Dear parents, watch your children even if everything seems to be in order and everything seems safe. And, dear children, if you feel that your parents are doing the wrong thing, and being reckless, tell them off! I invite everyone to relax from the heat this summer, but to swim safely!”

The State Fire and Rescue Service (VUGD) has so far pulled 69 people from the water this year, though the number of actual drownings is greater. Last year the VUGD pulled 96 bodies from the water and in 2018 the figure was 118.

You can see a video of today's event below.