Opposition deputy Aldis Gobzems will be expelled from six Saeima meetings for refusing to present a Covid-19 certificate or a negative Covid-19 test in the on-site session. It was decided by a majority of parliamentarians on September 9.

Only 20% of the salary will be paid to the Member at this time.

50 parliamentarians voted in favor of excluding Gobzems from six sittings. Six were against, but one abstained. 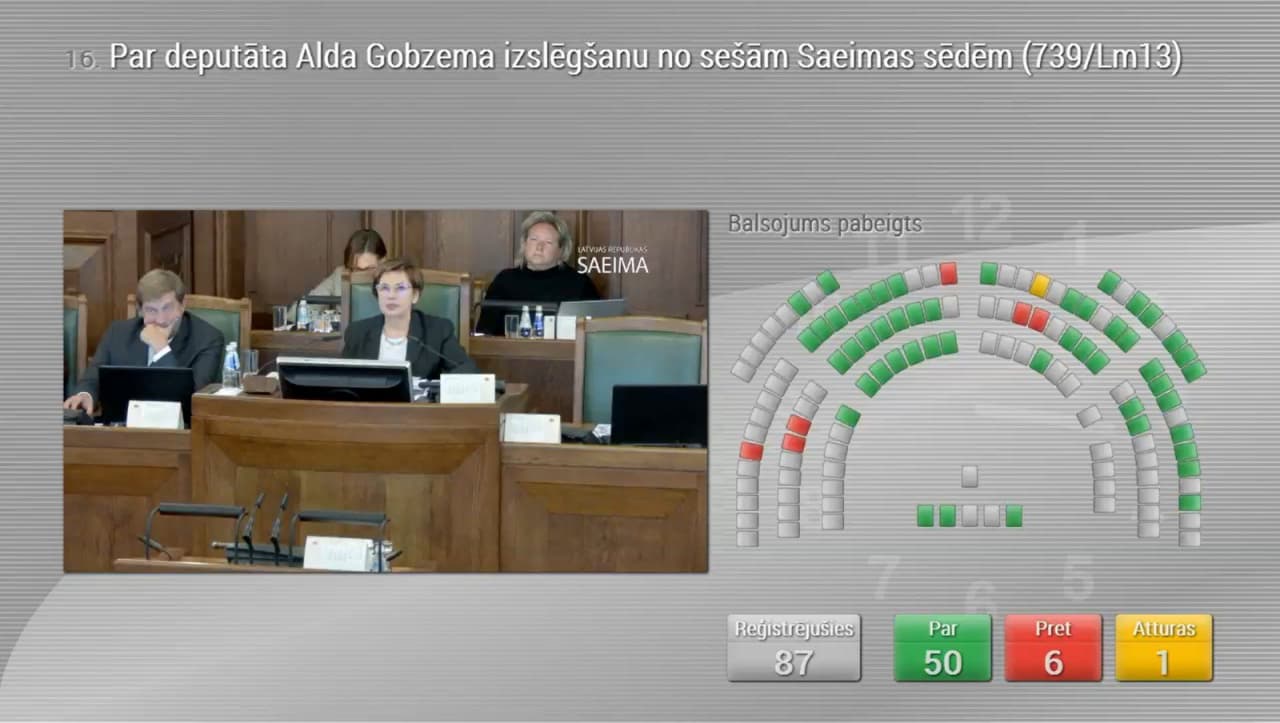 On September 2, when the first meeting of the Saeima was scheduled, Gobzems refused to follow the regulation and did not show a Covid-19 certificate or a negative Covid-19 test. He said the others didn't have any business in his health. The Saeima meeting therefore continued remotely.

At the meeting on September 9, Gobzems did the same. A technical break was announced. This time, Gobzems produced the document and the meeting could continue in person.

Several opposition MPs defended Gobzems. Viktors Valainis (Union of Greens and Farmers) believes that the punishment is disproportionate and that it should be possible for the Member to defend himself. “It's not right as it is now,” Valainis said.

Vjačeslavs Dombrovskis also asked to think about the signal the Saeima sends to the public by excluding Gobzems from the meetings. He pointed out that if 95% of MPs are vaccinated, one parliamentarian without a negative Covid-19 test does not threaten others. However, according to Dombrovskis, it may make the public think that people will not be safe even if the majority of society is vaccinated. In particular, the decision could raise doubts about the need for vaccination as well as it would benefit the image of Gobzems.