According to LTV the official in question is Ļitvins. Earlier this year, LTV reported that unlawful activities had been going on in Rīga Central Market’s night-time market and had to do with the lease of commercial space.

One of the persons involved in the illegal activities was the market’s planning coordinator Vitālijs Ļitvins who recently ran for a seat on the Jelgava City Council on Harmony party’s ticket.

Ļitvins explained to LTV at the time that letting out commercial space two or three times is a normal practice described in the market’s regulatory and bookkeeping documents but that law enforcement authorities just do not see how this can be legal.

As usual, the KNAB announcement was accompanied by a colorful infographic which maybe suggests that vendors had to give bribes in exchange for jumping the queue for a spot at the market. But it also may be something else entirely. 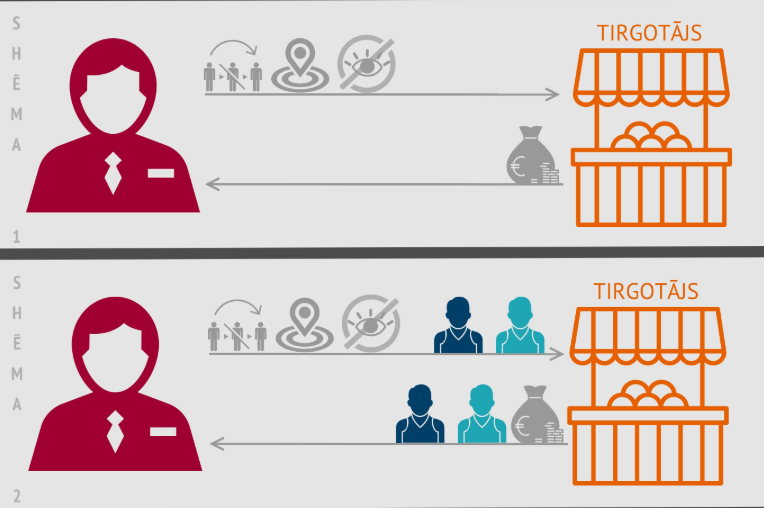