Chanting "Hands off Russian schools" and other variations on that theme, the demonstrators marched past Riga Castle where they voiced displeasure at President Raimonds Vejonis' failure to back their cause, passed through the Christmas Market to the bewilderment of tourists, and wound up outside the Education Ministry before dispersing.

Banners carried messages such as "No assimilation" and, strangely, an apparent homage to the Boston Tea Party and/or the right-wing Tea Party movement in the United States. 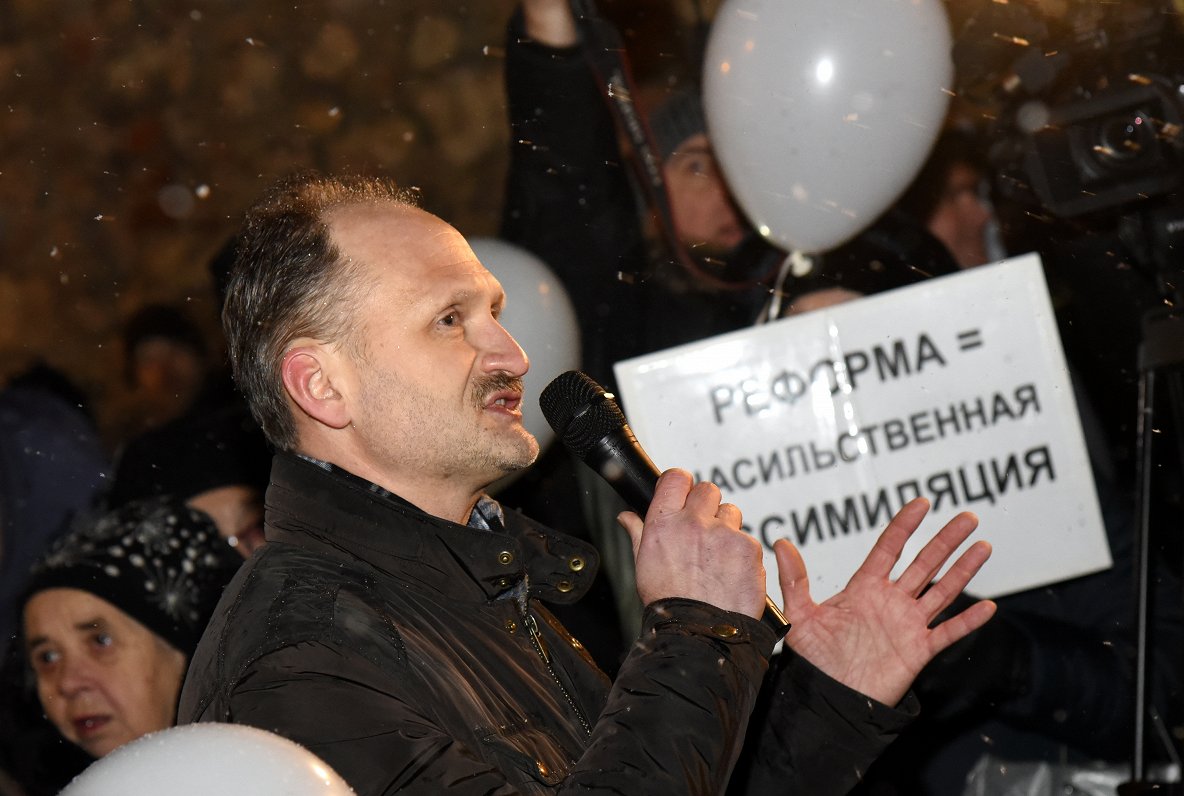 LSM asked one of the organizers, Miroslavs Mitrofanovs of the Latvia's Russian Union party what it was all about and why there was so much objection to teaching children in the official language of the country.