Only 6% of Latvian population has got the first Covid jab

Around 90,000 people have received the first dose of vaccine in Latvia, and nearly 20,000 have also received the second, Latvian Television reported March 24.

In order to achieve herd immunity, 60%-70% of Latvian adults should be vaccinated. Currently, only 6% of adults have received the first vaccine and a little more than 1% have received both.

Around 51,000 inhabitants of Latvia over 70 years of age have received the first shot, which is around 18% of the total population of this age group.

At present, the main problem is the lack of vaccines.

“The whole vaccination process would in principle be understandable, only there are no vaccines themselves. (...) We cannot do vaccination for three weeks, because there are no vaccines. These vaccines are, unfortunately, available only where they are available. We'll get the next on April 2. Because the supplies are cut, I know and understand that,” said family doctor Alise Nicmane-Aišpure.

Health Minister Daniels Pavļuts also agrees with the lack of vaccines. And the main reason is that promised supply volumes are declining all the time.

“It has been quite disappointing in the last two weeks, and AstraZeneca's projected volume has been reduced several times over the next week. In line with our initial plans and the manufacturer's promises, we were scheduled to receive 423,000 AstraZeneca vaccines so far. We have received 128,000, which is about 30% of what was originally promised,” Pavļuts said. 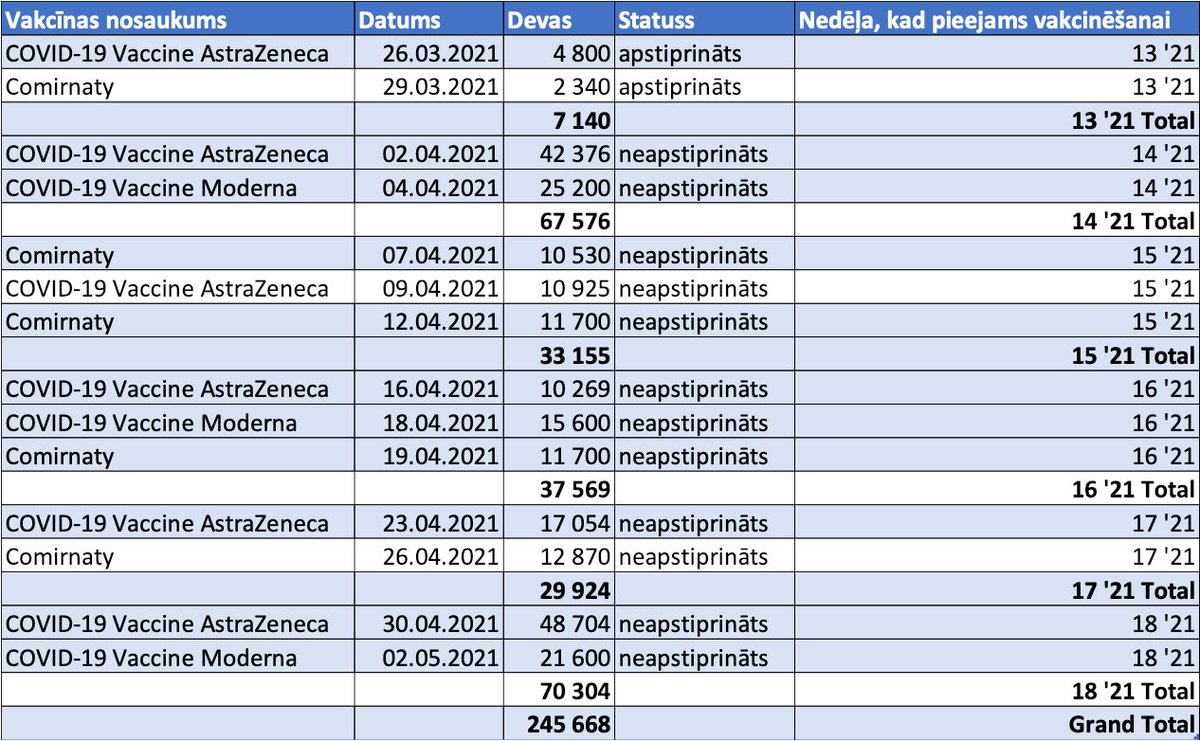 According to the European Centre for Disease Control, in neighboring Estonia around 16% of the population have got the first jab, whereas in Lithuania the figure is around 12%.

Most important
Levits gives green light to Kariņš for "preliminary" government formation talks
Today, 16:58
Wanted: border bear botherer
Today, 19:06
What are the most likely Latvian coalition models?
Today, 10:58
Windy weather warning for Monday and Tuesday
Today, 14:26
258 Russians crossed Latvian border in last 24 hours
Today, 16:41
Official GDP figures for 2020 and 2021 revised
Today, 15:55
Fewer women make it into new Saeima
Today, 9:48
Levits: Government formation process could take a month
Today, 9:09
Tourism sector started to recover from Covid pandemic in 2021
Today, 16:04
460 foreigners told to leave Latvia in second quarter of 2022
Today, 12:48
Four Covid-19 deaths over the weekend
Today, 11:52
Most read
Verdict: Saeima elections 2022 winners and losers
Eight parties could get into Saeima with nearly all results in
All votes counted; seven lists make it into the Saeima
New Saeima starts to shape up with over 80% of results in
Exit poll: Prime Minister's party set to lead the way in Latvian election
First results show ZZS and Jaunā Vienotība front runners in election
Most Central and Eastern European Presidents condemn Russia
Election turnout higher than four years ago
What are the most likely Latvian coalition models?
Levits: Government formation process could take a month