Data are still being entered, so the number could even hit 100,000, according to Pavļuts.

This means the threshold of vaccinating 1% of the population aged 16 and over, or around 15,800 doses per day, is close. Last week, the average number per day, according to data currently available, was 13,664. 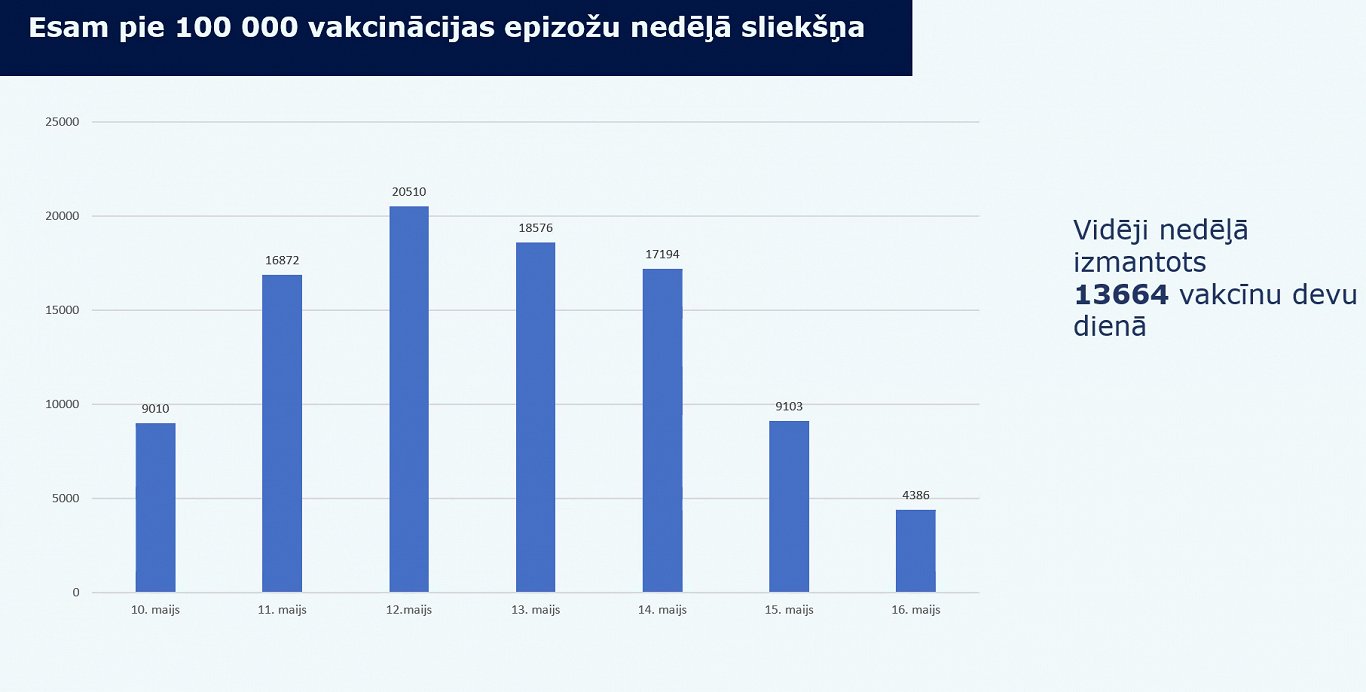 At least one dose of the vaccine has been received by 25% of the population. Over 7% have completed the course.