Latvia's workforce one of EU's oldest

june 3, 2019, 13:22
Society
Authors: eng.lsm.lv (Latvian Public Broadcasting)
Nearly one in four of Latvia's workforce is aged 55-74, meaning the country has one of the oldest workforces in the European Union, according to data released by the Central Statistical Bureau June 3.

Last year, 23.3% of all employed people were aged 55–74. It is the second highest share in the European Union (EU) where on average 19.4 % of the employed were at retirement or what is classed as "pre-retirement" age. The indicator has been steadily climbing over the years, flagging up yet another aspect of Latvia's demographic and labor force challenges.

The Baltic states took all three of the top spots with the highest indicator in the EU registered in Lithuania (23.5 %), followed by Latvia and then Estonia and Germany (23.1 % in each), while the lowest was in Luxembourg (10.8 %). 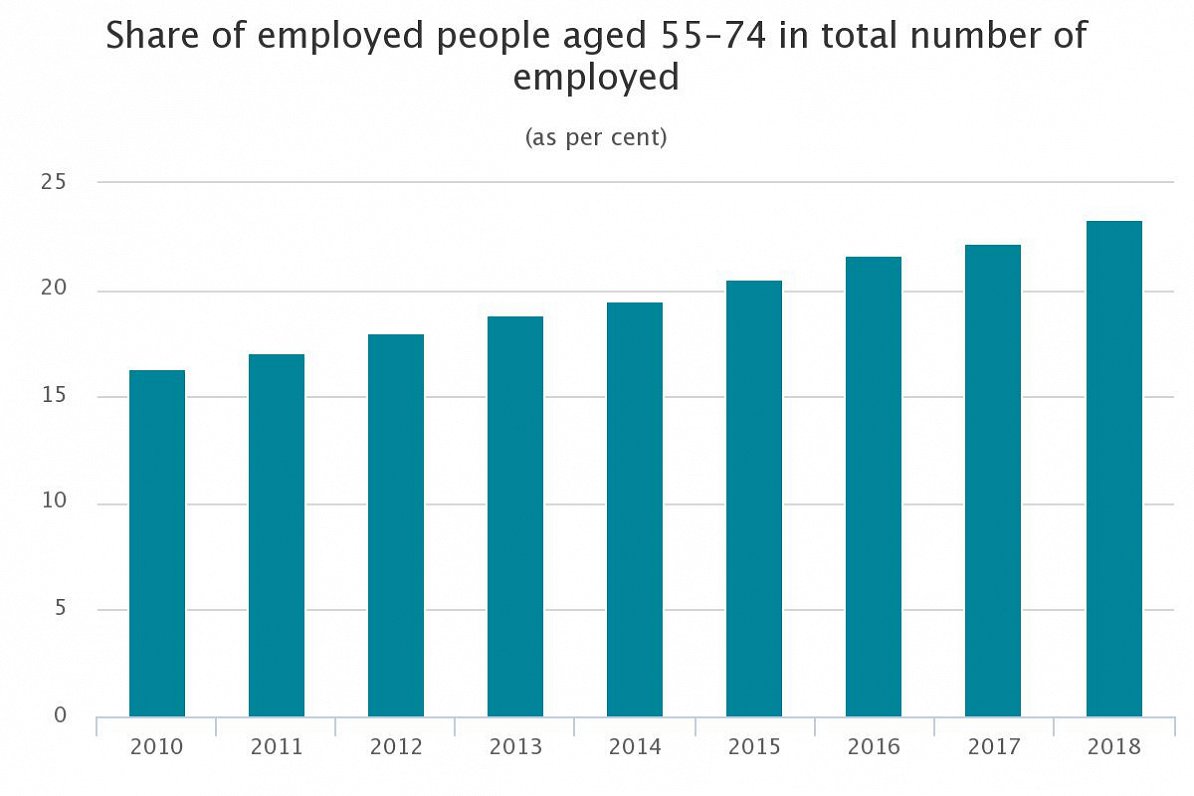 In 2018, 72.8 thousand people in Latvia were unemployed, 41.7 % of them were classed as long-term unemployed (not able to find work for one year or longer). Asking friends and relatives was the most popular method used to find work and was used by more than three quarters (77.7 %) of unemployed people. Compared to other Baltic states, this method is popular only in Latvia. In Lithuania, the unemployed more often contacted the state employment agency (78.8 %), while in Estonia they studied advertisements in newspapers, journals, or Internet.