Visit in Latvia of John Paul II recalled 25 years on

september 20, 2018, 13:04
Society
Authors: eng.lsm.lv (Latvian Public Broadcasting), Baiba Kušķe (Latvijas Radio Ziņu dienesta korespondente)
On September 24 Pope Francis will visit Latvia, and the visit will also mark 25 years since the visit of Pope John Paul II, who went to Rīga and Aglona during his stay. The first people to greet him were priests as well as young people and children dressed in surplices and folk costumes.

It was the first time a Pope came to Latvia. John Paul II was among the first important foreign officials to visit the fledgling republic.

Some of the people who were teenagers and children upon meeting the Pope and still live in Aglona, eastern Latvia, share the memories they have of this important visit with Latvian Radio.

Memories of the pope

Latvian Radio met Kristīne, Pāvels and Intars by the gates of the Aglona Basilica. To get to the place where they greeted the Pope you have to cross the grassy square to arrive to a tiny paved location where John Paul II landed in a helicopter.

"We're right outside the square of Aglona Basilica, by the cemetery where Pope John Paul II landed in 1993. We greeted him right where we're standing, young people and priests," says Pāvels.

Intars shares his memories of the landing: "I was ten years old. First off, five big security choppers landed, and then there were two similar helicopters. First was, as you'd say nowadays, a fake, while the very last one was the helicopter of the Pope," he says.

"As he landed, he kissed the land of Latgale, and then he came to us, put his hand on each one of us and gave his blessings," Intars remembers.

Meanwhile Kristīne observes a picture from the event: "I'm on the right from the Pope, holding a loaf of bread. I was among the people coming with the priest and we greeted the Pope." Kristīne, who was 16 at the time, is dressed in a folk costume, with her braided hair covered with a wreath.

While Intars was just ten when the picture was taken. He's wearing a surplice on bell-bottom jeans and sports shoes.

Kristīne relates a tidbit about the picture: "Renāte is the third one from the left, and Pāvels is right behind her. It turned out so that now they're a family." 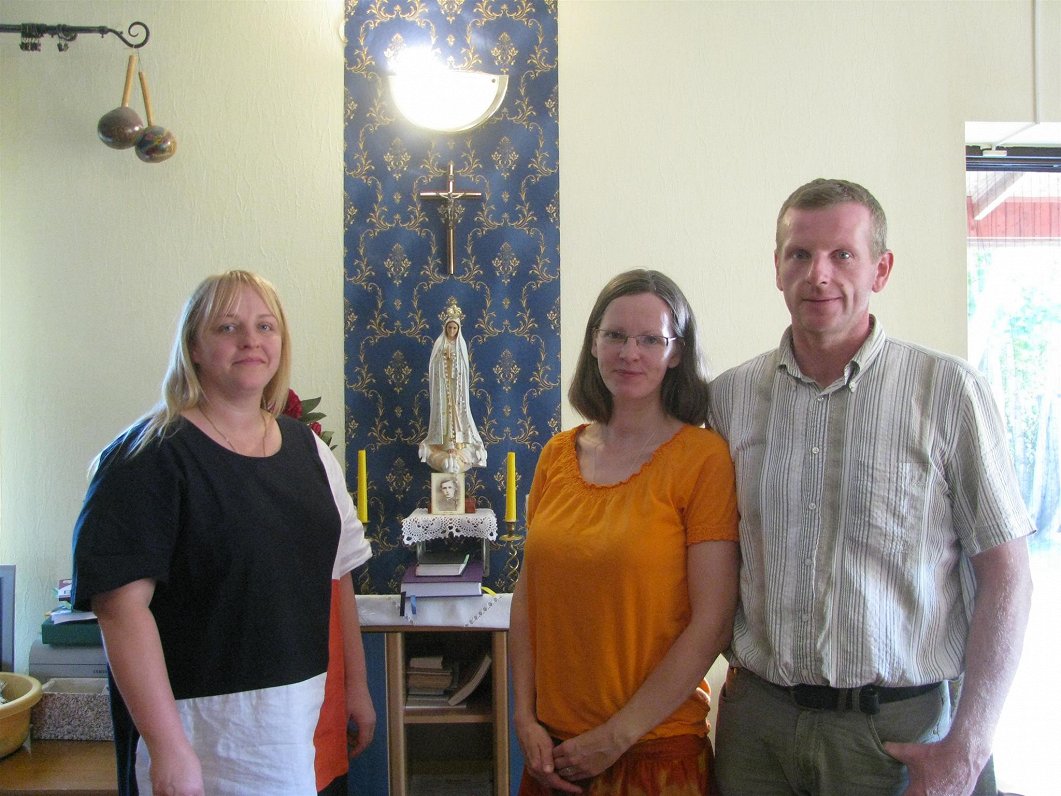 Only later they learned that they've been in the same picture. "It came to be that I received a blessing twice. I was pushed from the crowd inadvertently and received a double blessing from John Paul II, now a saint," relates Pāvels.

Pāvels and Renāte, now his wife, will also attend the meeting with Pope Francis in Aglona. Pāvels, Renāte and Kristīne are also part of the people organizing the Pope's visit.