We'll miss you: Latvia's first satellite near end of life

Venta-1 is in the orbit at a height of 500 km. "It gives off a sound your ear wouldn't be able to decipher," professor Aigars Krauze (Ventspils University) said.

Scientists in Latvia are able to receive signals for 10 minutes a day at most, when the satellite passes by through the heavens. A map shows the location and signal area of the satellite above the earth. 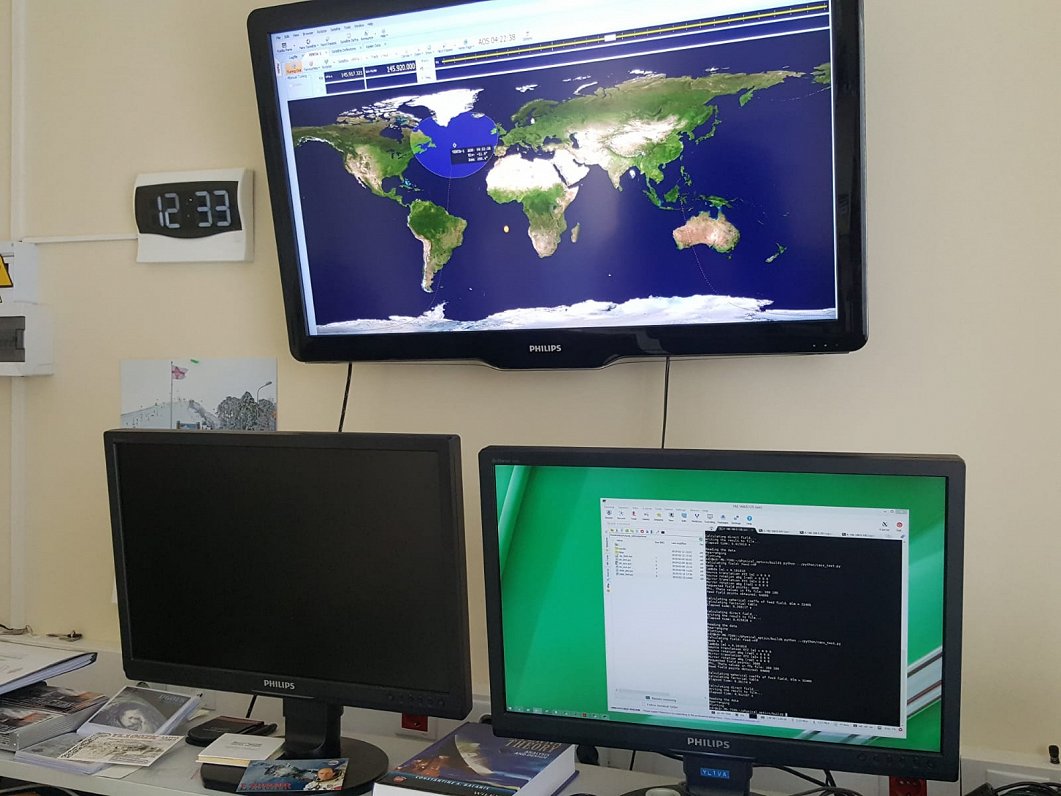 Krauze also revealed the message Venta-1 is sending downwards. Upon receipt, it looks like this, with the deciphered signal in green text: 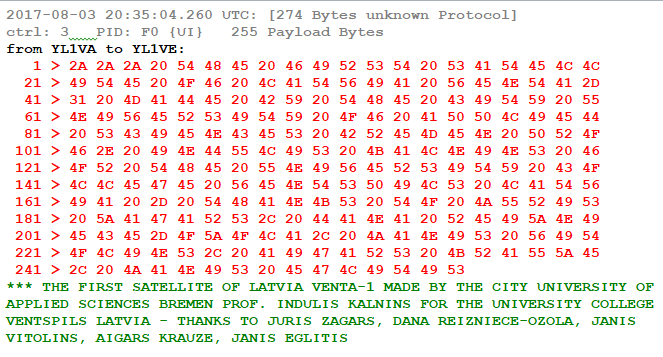 It also communicates with other satellites, sending messages about its physical condition which are then sent to the earth. That is one of the satellite's two functions, explained Krauze.

Nevertheless Venta-1 was unable to fulfill its chief mission, mainly using the Automatic identification system for ship traffic. "We had technical problems. For the first few days it was working and quite a few amateur radio enthusiasts picked it up and sent us messages. But it was so only for the first two days," said Krauze.

It is thought that rotation issues make the satellite spend too little time charging its batteries in the sunlight, but it is clear that Venta-1's signal is already quite feeble, Krauze said.

Physically, however, Venta-1 will be destroyed within about three years as it enters the atmosphere.

But its simple circuit has helped a team of ten researchers and thirty students lay the groundwork to space science in Latvia.