Things to know about the split among the early Latvian leftists

may 30, 2018, 14:51
History
Authors: Jānis Šiliņš (Historian)
In late May, 1918 the 16th conference of the Latvian Social-Democracy was held in secret from the German occupying powers. The conference resulted with the party splitting into two. The so-called Mensheviks formed the Latvian Social Democratic Workers' Party, while the others kept on under the same name until, a little less than a year later, they renamed themselves the Communist Party of Latvia.

United we stand, divided we stumble?

Pointedly, until World War I it had the most members than any other structure of the Russian Social Democratic Labour Party.

The Latvian party was proud that there hadn't been a split into Bolsheviks (they preferred armed struggle, a dictatorship of the proletariat and supported Lenin) and Mensheviks (they were democratic and oriented towards reform). Nevertheless, this unity was an illusion. There were in fact marked differences within the Latvian party as well.

During the party's 1914 congress in Brussels, with active involvement by Lenin and a secret service agent of the Tzar, the Bolsheviks obtained a thin majority inside the party, which they put to use unashamedly. 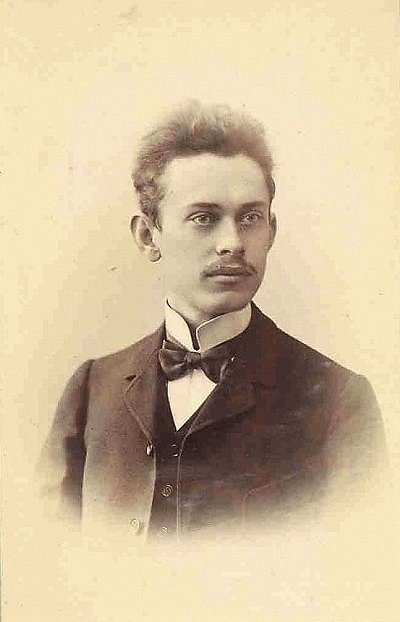 The Mensheviks form a party

With World War I came the first divide in the supposedly monolithic Latvian Social-Democracy. The party clung to Lenin's dictate, condemning the war and pronouncing it imperialistic. They also condemned setting up battalions of Latvian Riflemen. Some social democrats found this position untenable. Furthermore, in 1915 the majority of Latvian workers were evacuated to Russia, and there were many supporters of social democracy.

As a result, there arose groups of social democrats not supporting the official position of the Latvian Social-Democracy. Following the February revolution, these groups united and in fall 1917 set up the Menshevik party of social democrats. It even partook in the Russian Constituent Assembly elections.

Nevertheless, it was a small party and had little influence, despite being backed by the great poet Rainis, who lived in exile in Switzerland.

How the Latvian Social-Democracy split up

Meanwhile, the events in Russia and Latvia caused greater and greater splits within the Latvian Social-Democracy. Bolsheviks didn't want to give up their dictatorship within the party, and many were offended. Not everyone agreed with the Bolsheviks' violence following the October revolution, and fewer still liked the fact that the Brest-Litovsk treaty ceded Courland to Germany.

Likewise, many disagreed with the workers' protest movement in German-occupied Rīga, because several workers were killed in early 1918 during protests. Furthermore, national matters divided the party in two.

Some members thought Latvia should become an independent, neutral country but others objected very strongly.

If you're not with us, you're against us

In March 1918, following the Brest-Litovsk agreement, a Rīga body of the Latvian Social-Democracy adopted a resolution criticizing the Bolsheviks' policy and asked people to stand up for Latvian independence. The Youth Union of the party likewise joined, seeing as it had many Menshevik members.

The Bolshevik press started cursing Mensheviks as "pants-less little boys" and the "declassed group of the intelligentsia". In late May, the 16th party conference convened with no Mensheviks invited. The leaders of the Latvian Social-Democracy decided to exclude Menshevik leaders Fricis Menders and Pauls Kalniņš, as well as to exclude the party unit that had adopted the said resolution, as well as the Youth Union.

In response, the Mensheviks issued a call to all party members. They decided to set up the Latvian Social Democratic Workers' Party, a descendant of the 1904-established party of the same name.

The party was hugely influential in the makings of independent Latvia and protecting its newfound freedom.

Soon after, the party, which had been the laughing stock of Bolsheviks just recently, became the strongest left-wing movement in Latvia. In late 1918, its member count hit 2,500, while the Latvian Social-Democracy had just 800 left.