Things to know about the United Baltic Duchy

With the Treaty of Brest-Litovsk on 3 March 1918, Bolshevist Russia ceded Courland, Riga and the West Estonian archipelago. The future of the rest of the territory of Latvia and Estonia was unclear. Formally it remained part of Russia, but Germany took up the military defense of this territory.

In spring 1918, it was clear that the war will soon be over, but the prospect of becoming a part of Bolshevist Russia was unacceptable to many, especially German barons. They wanted to separate Estonia and Latvia from Russia and set up a Baltic state that would be a protectorate of Germany.

The Baltic German nobility had tried to separate Estonia and Livland (current day Vidzeme) from Russia by way of using land councils, but to ensure that the decision is legitimate, they had to set up institutions of wider scale, including Latvian and Estonian representatives as well.

On April 10, 1918 a total 87 representatives of Livland gathered for a land council meeting. It was opened by the head of the German occupation headquarters, and it adopted a resolution by the Cēsis district dean Avots:

"The Vidzeme Land Meeting expresses its full acquiescence to the initiative of Livland's independence from the Russian state."

The press wrote, at that time, that "All the representatives of the land, to the very last man, stood for that the link between Baltic Governorates and Russia, that has stood from the times of Peter the Great, to be severed."

While a Latvian deputee at the meeting had said that if he'd voted for remaining with Russia he wouldn't be able to return home.

The decision by the council was only one of the steps in the wider plan to separate the Baltics from Russia. It would have to be backed by the united Baltic land council, to which Livland sent 23 representatives.

Just two days later, on the morning of April 12 in Riga, the united land council joined for a meeting. It consisted of 58 delegates that represented parishes, manors, the clergy, cities, as well as the knighthood of Vidzeme, Estonia and Saaremaa, the city of Riga, the University of Tartu, and more. It had 11 Latvians, including parish representatives, a clergyman, a regional representative and five delegates from Rīga. 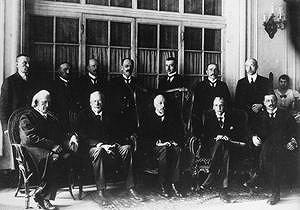 The Land Council decided to:

1. Ask for the German Kaiser to continue the military defense of Vidzeme and Estonia and support their attempts to separate from Russia.

2. To ask that Vidzeme, Estonia and Rīga would be united into a constitutional monarchy with a common constitution and that that would be in personal union with the Crown of Prussia. To ask the German Kaiser to accept this wish of the Baltic people.

3. To ask the German Kaiser to: 1) allow setting up local government institutions that would manage the domestic life of Vidzeme and Estonia until they're united; 2) to conclude military, monetary, traffic, customs, weights and measurement conventions with Germany or Prussia.

It sent a congratulatory telegram to the German Emperor and set up a delegation that would go to Berlin and ask for the new state to be recognized. There were two Latvians in the delegation: J. Valdmanis and A. Krastkalns.

The delegation, led by Estonian nobility representative Eduard von Dellingshausen, arrived in Berlin on April 16 and stayed at the Esplanade hotel. They had to wait for several days to meet a high-ranking German official, as the emperor himself did not want to meet them. 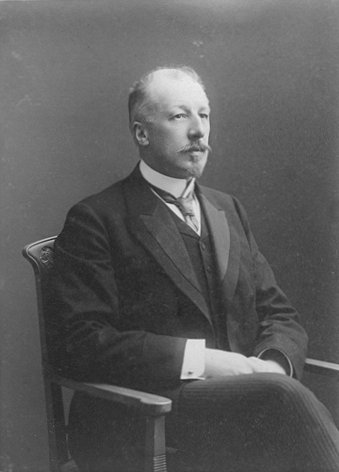 It was only on April 21 that the German chancellor, on the orders of Wilhelm II, sent the delegation a thank-you for the decisions adopted by the Land Council. The emperor expressed a formal readiness to support, or review the demands of the Baltic representatives, promising that in the future it would recognize the Baltic states separated from Russia as independent states.

The delegation was unable to finally meet Wilhelm II and did not receive anything other than beautiful promises. In early May it returned to Riga and the German military and political higher-ups were doubtful whether it's of any use to set up a separate Baltic state. After the war, the idea of a united Baltic state was dropped, as the majority of locals instead preferred setting up national Latvian and Estonian states.