Nearly 9 out of 10 Latvian households now have Internet

november 1, 2019, 14:27
Economy
Authors: eng.lsm.lv (Latvian Public Broadcasting)
According to the results of a Central Statistical Bureau (CSB) survey on use of information and communication technologies (ICT) in Latvian households, the share of households having access to the Internet continues to increase, and in 2019 it comprised 85.4 % of households.

Mostly broadband Internet connections are used in Riga region (87.2 %), but the least – in Latgale (76 %). In Pierīga, Vidzeme, Kurzeme, Zemgale it is available in 81.3 % to 85.9 % of households. Broadband Internet connection is used the most in urban areas, where it is used in 85.5 % of households, but in rural areas this indicator comprises 77.9 %. 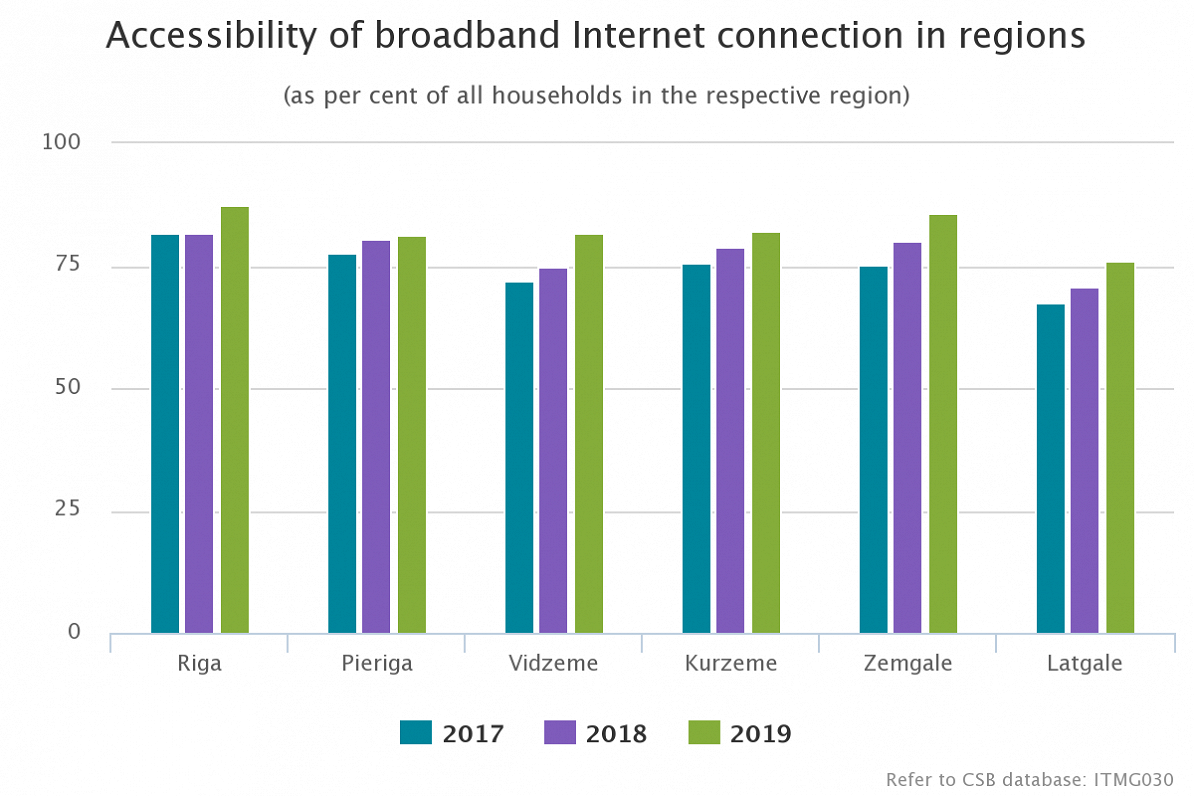 In 2019 the most popular device used to access the Internet outside home or work is a cellphone, which is used by 75.5 % of population. 14.4 % indicated that they use a portable computer, and 9.1 % a tablet.