It is planned that there will be nine large-scale vaccination centers in the various regions of Latvia and two in Rīga, head of Vaccination Project Bureau, Eva Juhņēviča, said at the government meeting March 9.

The centers are planned to open early April to coincide with the promised delivery of greater numbers of vaccine doses than hitherto.

The major vaccination centers in the regions are planned for Ventspils, Liepāja, Jelgava, Jūrmala, Cēsis, Valmiera, Rēzekne, Jēkabpils and Daugavpils, where 40,500 vaccinations per week are scheduled to be carried out at each center.

Eight additional cities – Kuldīga, Saldus, Tukums, Bauska, Sigulda, Aizkraukle, Madona and Gulbene – will have smaller centers, where 8,000 doses per week are expected to be administered. 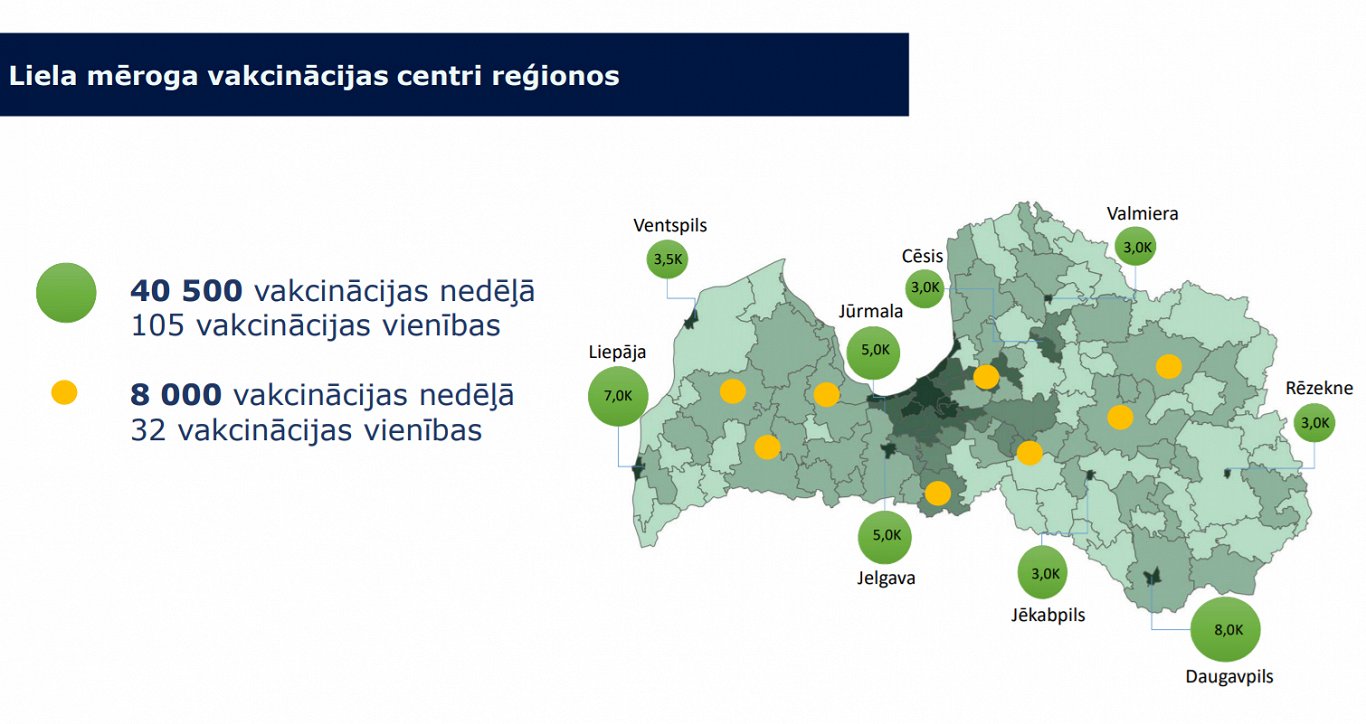 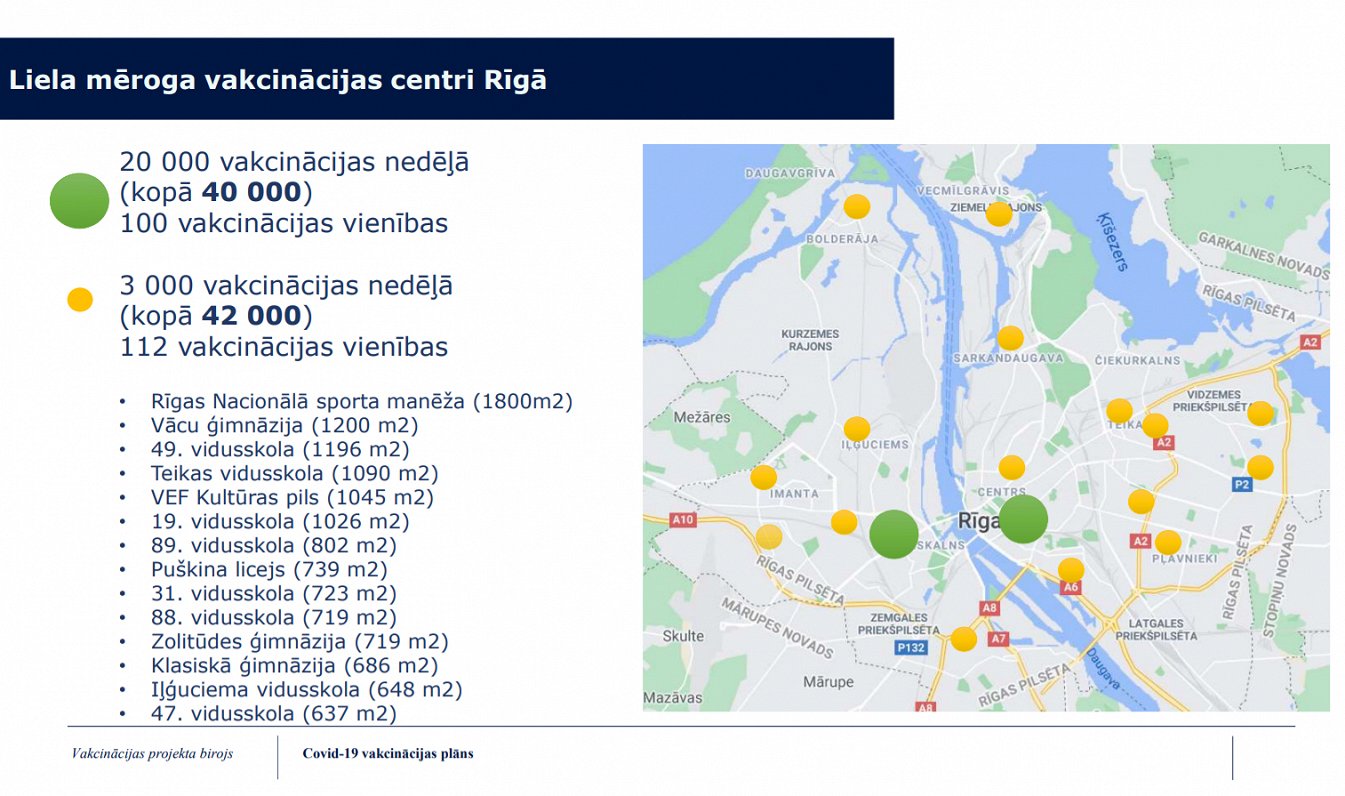 Two larger-scale vaccination centers are planned in Rīga: at the Riga National Sports Arena and the Rīga State German Grammar School. It is planned to administer 40,000 vaccinations per week in these centers.

“It all looks good. But I think we need to change the necessary accessibility. Even if they [vaccination centers] are empty. But God forbid the vaccines come and we can't give them out. Vaccination is our main exit strategy (…) It must be so that the centers are ready and we are waiting for vaccines, not the other way around,” said Kariņš.

Health Minister Daniels Pavļuts pointed out that there would not be enough vaccines in the first week of April to ensure mass vaccination. He also said it wouldn't be economically beneficial to make centers where people have to be employed, but there are no vaccines yet. According to the Minister, it is possible to balance the operation of vaccination centers with the quantity of vaccines supplied.